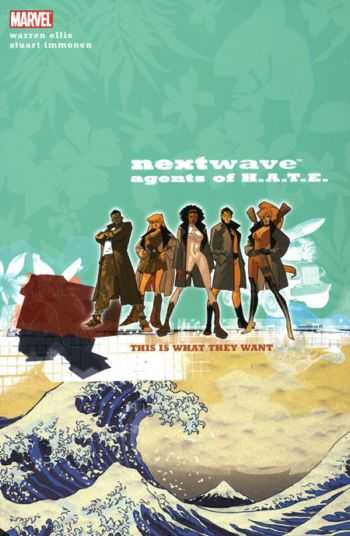 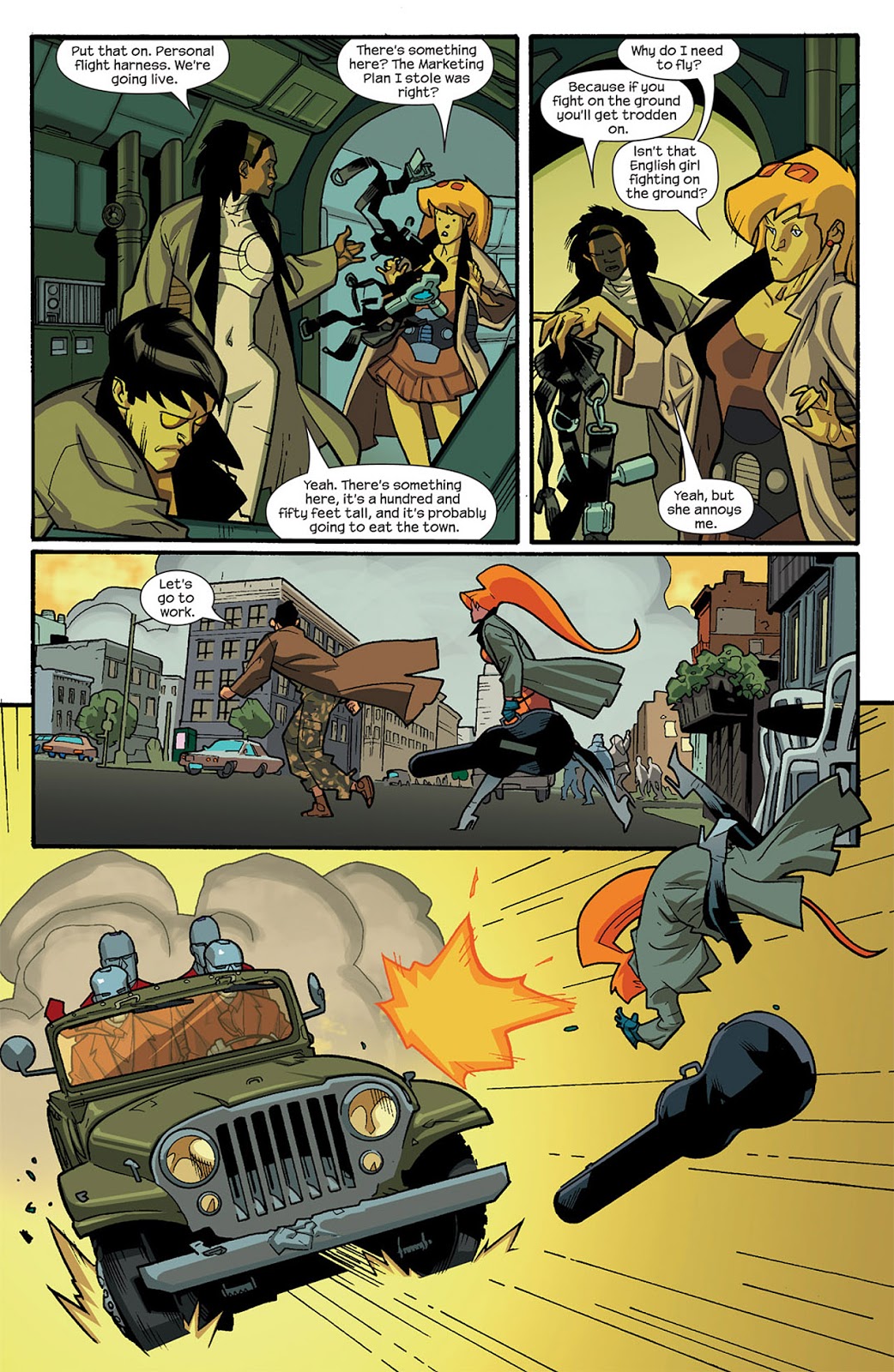 A fallback position of parents and teachers is to label something they consider offensive or disruptive as “not big and not clever”. Nextwave is the comic specifically engineered to elicit that comment: it’s relentlessly cynical, packed with posturing dialogue and world-weary captions, and as such is the snot-nosed brat of superhero comics.

Examples? The super-strong and super-obnoxious Captain is from New Jersey so he’s not Captain America, he’s Captain ☠☠☠☠, the specially designed font obscuring the obscenity. The former Machine Man, now Aaron Stack, addresses humans as “fleshy ones”, and the former Boom Boom hates cops “because they keep arresting me like stealing’s a crime or something.”

There are some enemies, though, that misanthropy alone can’t defeat. Such as skyscraper size dinosaurs in purple pants. That’s achieved by inducing it to vomit out its insides. Vomiting, in fact, is such a recurring feature of this book it prompts one to ask just what it is that’s being purged here.

Perhaps it’s the guilty pleasure of superhero comics, as for all the veneer writer Warren Ellis drops in enough references to Marvel comics of the past to betray his geek credentials. In one sequence alone he achieves the bathos of Celestials considering Machine Man boring combined with a reference to an old Avengers comic.

So, Nextwave is a wide-ranging satire intended as funny, but playing it safe by using a discarded cast that no-one cares about. Yes, it’s all intentionally puerile and provocative (as the Tiswas-referencing title winks at British readers of a certain age), but smearing the irony paste over everything isn’t enough to manufacture quality. It falls far wide of the mark more often than intended and the all-pervading cynicism is relentless and wearing. When that’s really all that’s stitching the plots together there’s a problem.

Just as Ellis adopts a pose with the writing Stuart Immonen morphs his art into stylised cartooning simplicity that’s the most attractive element of this book. Matters improve greatly with I Kick Your Face. Honestly.