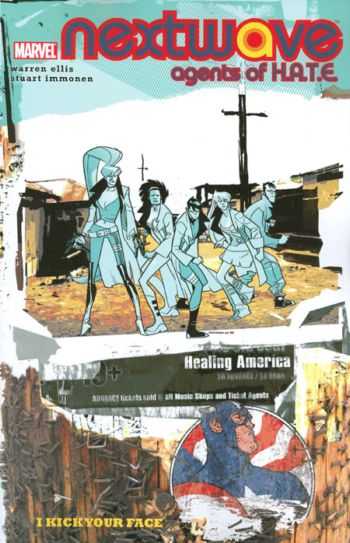 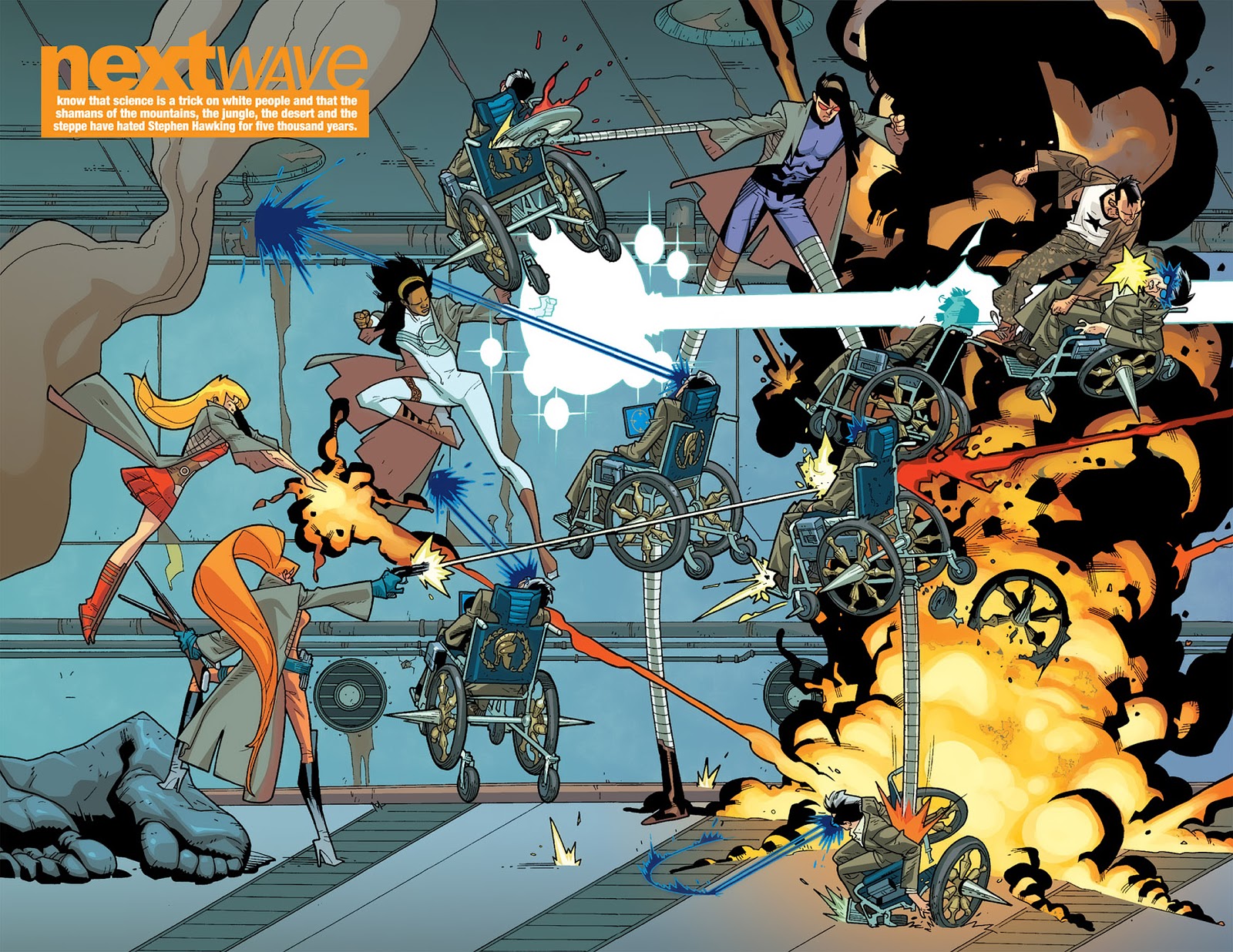 The first volume of Nextwave, This is What They Want, rapidly outlived its welcome, distilling superhero comics down to the fights, the glib dialogue and the bickering team-mates. Yes, there were a few jokes, but not as many as Warren Ellis thought there were.

Something strange happens here, though. It’s progress. Ellis opens the volume with conversations existing as more than smart comment receptacles. Yes, the following action takes place in Shotcreek (ho, ho), but it’s inventive as the team face off against other-dimensional creatures who shoot destructive beams from their eyes. On skateboards. The Mindless Ones are familiar to readers of Doctor Strange, and they’re Ellis’ stand-ins for zombies, portrayed in assorted ludicrous situations by artist Stuart Immonen. There’s also the intrusion of some plot, with the background provided for Elsa Bloodstone complying with the narrative tradition of eliciting some sympathy for your cast.

As previously, the book is split into two-chapter sequences, and the second is a disjointed parody of Grant Morrison’s 1990s Doom Patrol. The highlight of this is Immonen’s skilful mimicry of familiar styles in a sequence in which the team members are forced to view the world through other eyes. He also excels in the following arc with double page spreads as Nextwave battle wave after wave of ridiculous foes. Whoever conceived the Elvis Modoks is to be commended.

It does all devolve again before the end, with Ellis presenting the most preposterous almost-familiar villain he can dredge from beneath the barrel as the brains behind everything that’s occurred. Anyone following Nextwave for the plot would need their head seen to, but even taking that into account it’s an easy potshot rather than anything clever. And that’s odd because the difference between this volume and its predecessor had been the application of some imagination.