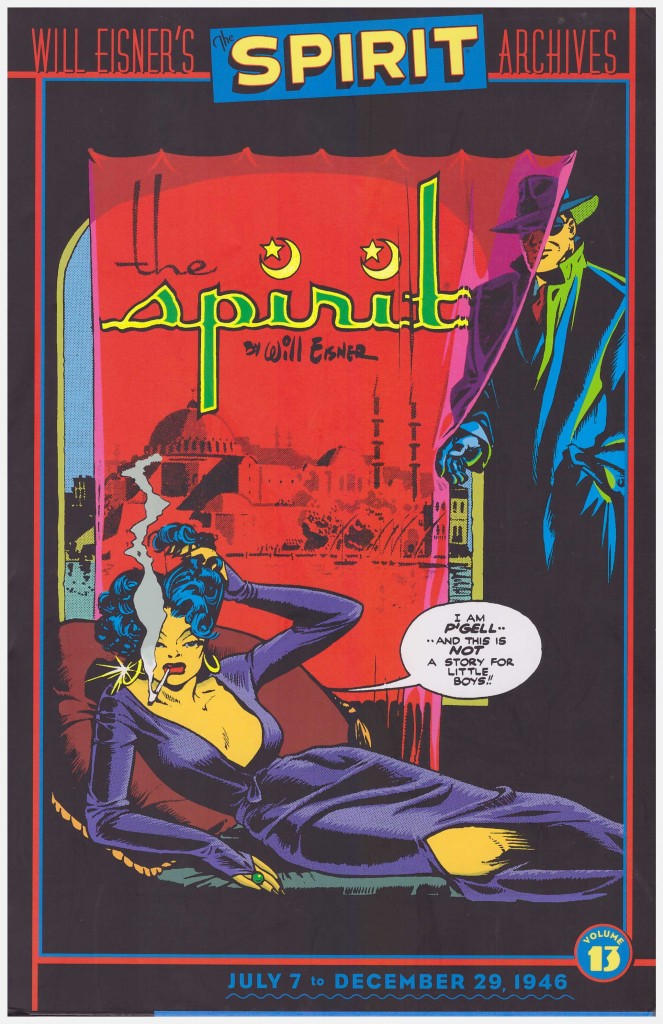 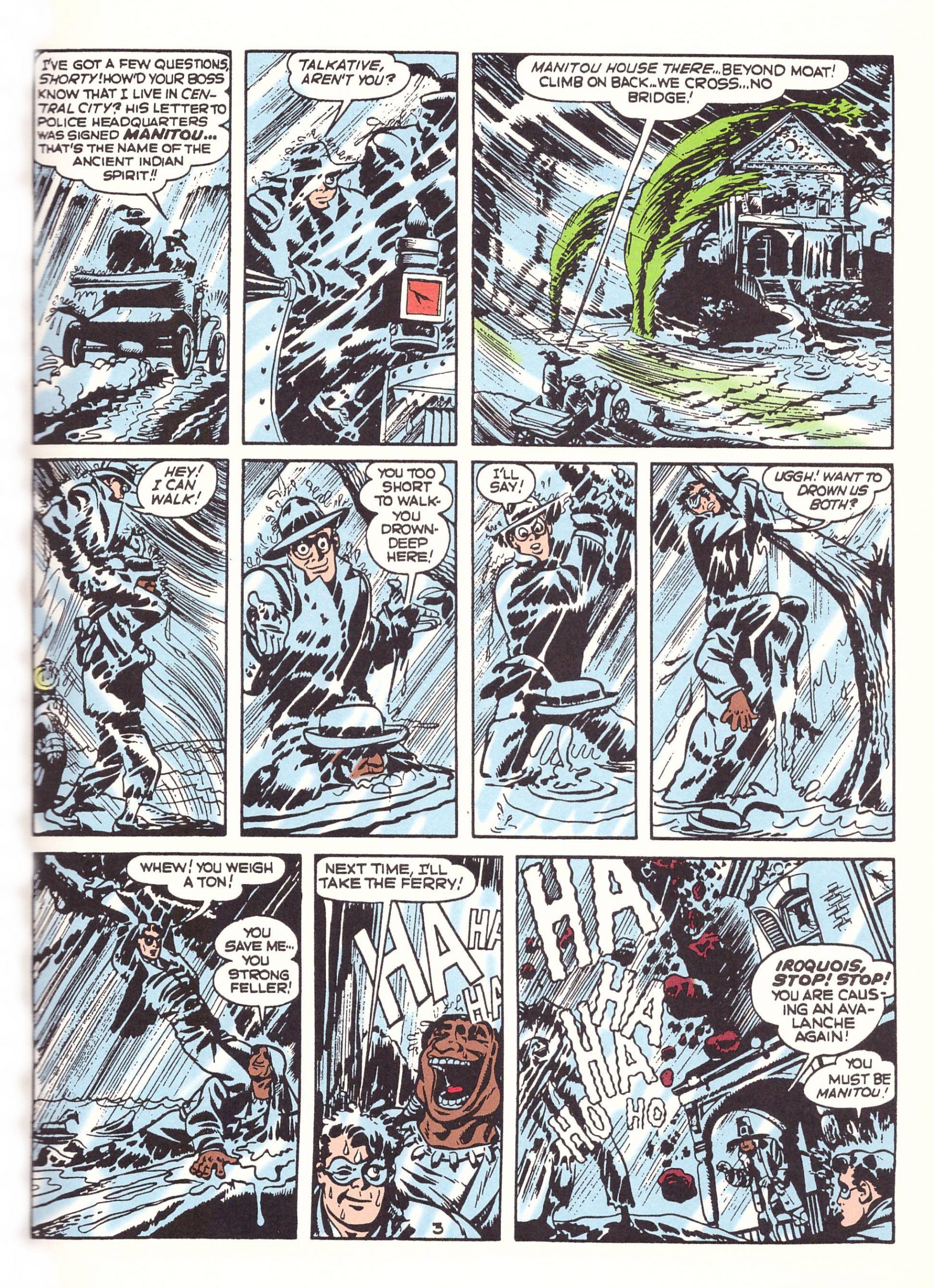 This volume reprints the Spirit newspaper inserts from summer to winter 1946. Will Eisner had resumed control over his strip just over six months previously and the upward curve of quality increased once more.

As with previous volumes it’s distressing to note that the best Eisner and DC can manage by way of crediting the people who worked on the strip besides Eisner is to thank them for their “vital contributions” lumping 31 creators together in small print. There’s no associating them with individual stories. So it’s worth noting that while Eisner wrote everything in this volume, laid it out, and inked much (in combination with Bob Palmer), the penciller involved was John Spranger.

In terms of design impact, the most notable introduction in this volume is that of the cover-featured P’Gell. “This is not a story for little boys”, she purrs, draped seductively across a couch, the assets she later refers to barely concealed. The Spirit attracted considerable female attention, but the exotic and brazen P’Gell was in a class of her own, her allure fatally attracting a succession of doomed husbands as a running joke in recurring encounters with the Spirit. For those willing to risk all, there’s All About P’Gell, gathering all her appearances, and well aware of her appeal, Eisner plotted her rapid return.

If Eisner had a role model for P’Gell in mind, he kept it to himself, but Olga Bustle, “The girl with those big, big, eyes”, was clearly modelled on Jane Russell. More interesting are the opening combination of the ambitious Dulcet Tone, very Bette Davis, and Skinny Bones and their two part attempt to take control of the Central City rackets. If ever anyone needs to have The Spirit explained it’s there in three panels on the opening page of this volume. There’s the glamorous Dulcet, an unfortunate piano player, the fantastic design and the sense of humour as Gam and his piano crash down the stairs while he never misses a note. The tale is most notable, though, for the introduction of the Octopus, the most dangerous of the Spirit’s regular foes. Whether always intended from this introduction or not, the technique of the Octopus only ever being identifiable by his distinctive striped gloves was an inspired method of inducing a sinister frisson.

Eisner restores the tradition of the Spirit Christmas strip with this volume, although even accounting for sentimentality being the stock in trade, this doesn’t number among the best of his yuletide offerings. Better is his Halloween tale as Ebony and pals pretend to be ghosts in a deserted building actually being used for criminal activity. There’s a suitably Victorian design to the cast. And if you want an Eisner innovation that many who followed picked up on, look at the slashing rain on the sample page.

Immediately preceding that is a little-acknowledged gem in which one Artemus Peap, the man who’s created a massive gang of cut-throats, is confident enough to confront Commissioner Dolan in his office and demand he resign. Eisner’s most fondly remembered tales, though, are those where the Spirit is but a bit player. They range from whimsical to tragic, and there are fine examples of both with hobo Coot Gallus elected to congress, and a glance into what makes a killer. The two are spliced by P’Gell’s second appearance.

These cinema influenced stories were great in 1946 and every bit as remarkable today, but better was to come.