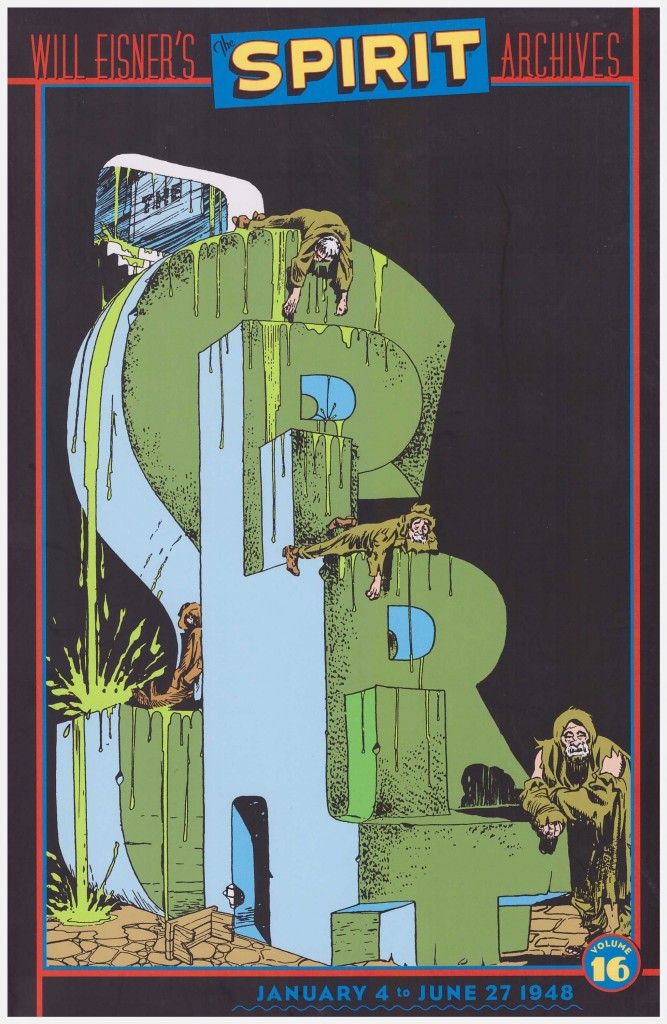 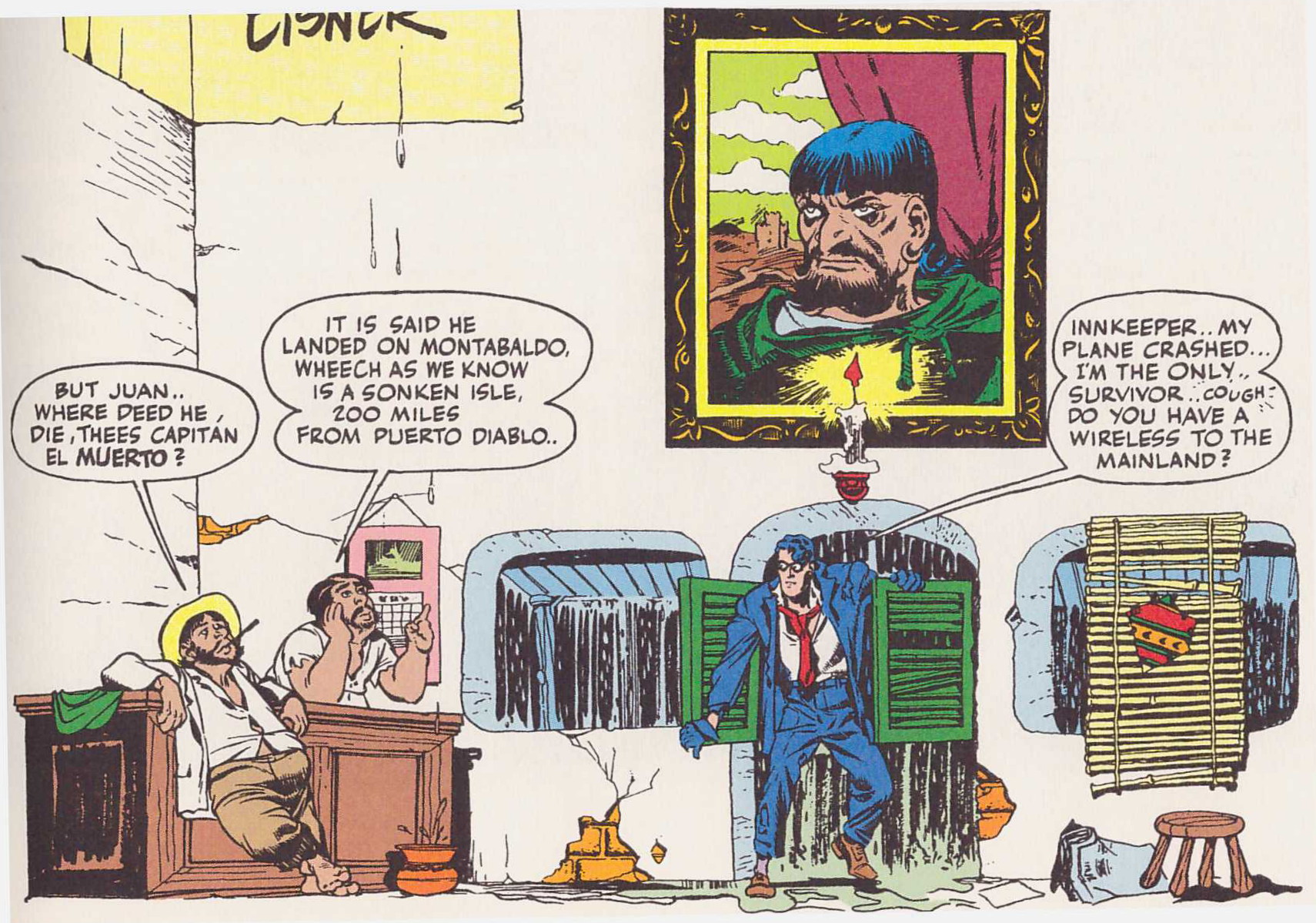 There’s a parade of memorable characters introduced during the Spirit’s run, and Will Eisner had an unerring instinct for which would strike a chord, and frequently returned them. One makes his début in this volume’s opening story. Bleaker Moore has just been released from reform school, says little and expectorates often. Beneath the performance, though, he’s seen the error of his ways and wants to go straight, but circumstances appear to conspire against him as he first falls under the spell of Powder Burn, then Marryin’ Mamie. His heart belongs to Sparrow Fallon, herself experiencing jail for the first time. All Bleak’s appearances are in this volume, in two pairs of consecutive stories, each a gem.

Then that could be said for almost every tale here. The wonders are many. There’s Dr Medulla’s fantastic device, able to read the brain waves of the dead, a gun with a mind of its own, a tale related entirely in rhyme, another with sponsors, a Charles Atlas pastiche and some seemingly satanic TV sets.

Rice Wilder only appeared once, but was a memorable woman. Born into society, she seethed at her privileged upbringing and when gangster Mike Caliban turns up at her mansion she relishes the opportunity to fall into wrong company. That’s the only company kept by P’Gell, and both she and Silk Satin manage to pull one over on the Spirit.

Eisner always loved the paranormal and the inexplicable. There’s at least one tale hinging on impossible events in every volume, and one of the most charming can be found here as Ellen Dolan meets her ancestor from a century previously, the O’Dolan.

As noted in Michael Uslan’s introduction, for all that Eisner loved poking into the dingiest corners of Central City he equally enjoyed an exotic travelogue. It’s rare that the Spirit travels abroad for a single chapter (although that does occur here as he follows Silk Satin to India), and early in these 1948 stories he’s away to a newly created volcanic island somewhere off Central America chasing the Octopus, with Carrion and his beloved buzzard Julia also involved.

So, 26 stories covering January to the end of June 1948 when originally printed, and still excellent today.