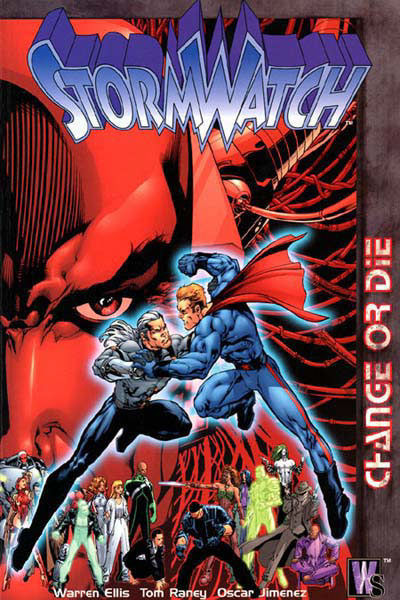 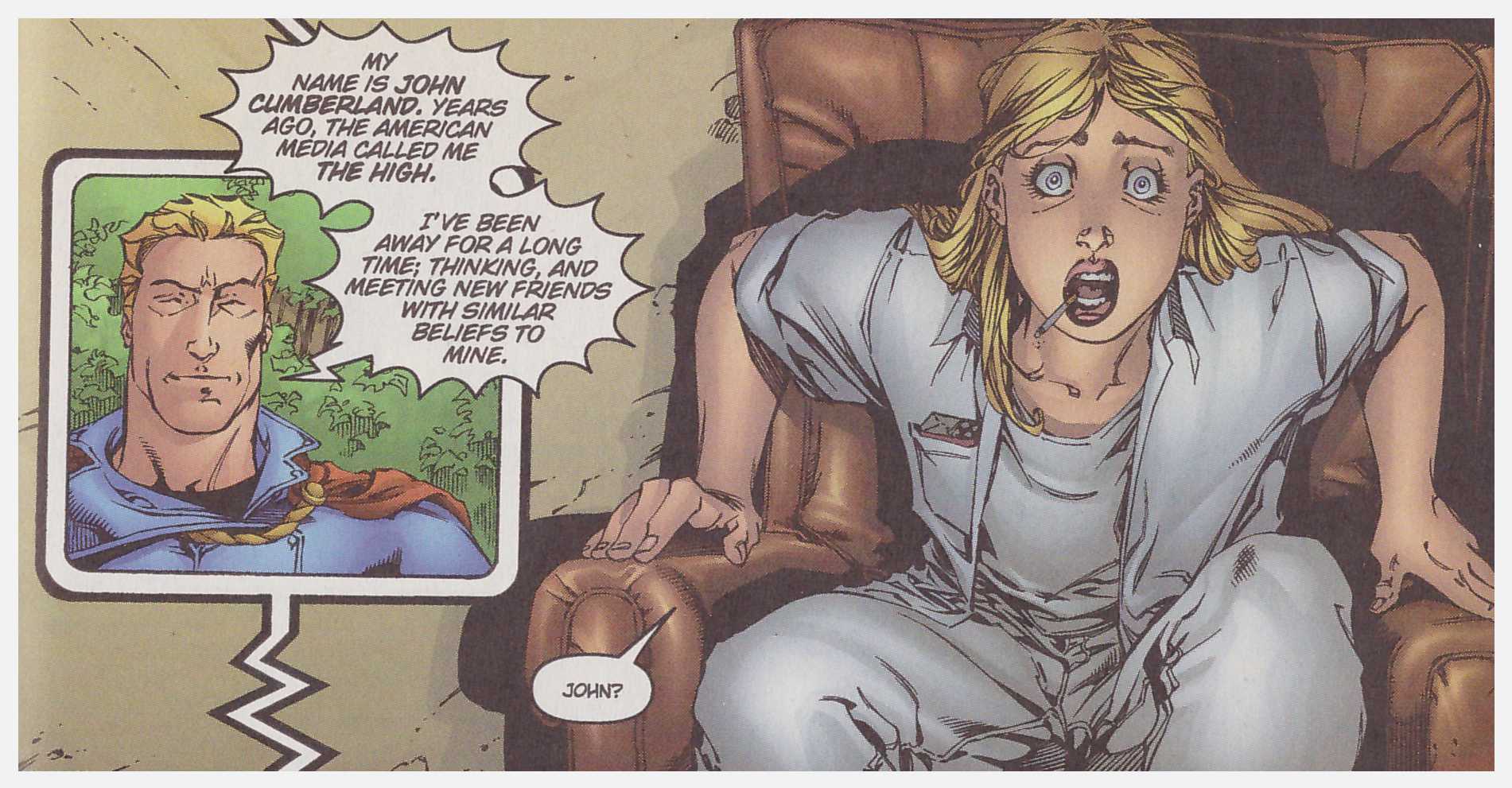 With Force of Nature and Lightning Strikes Warren Ellis and Tom Raney reformulated Stormwatch and increased the thrill quotient. In Change or Die everything comes together. Ellis still has annoying tics as a writer, and Raney still hasn’t quite come to terms with portraying moving characters, as exemplified by the ghastly cover, but the plot and layouts more than compensate for these minor quibbles.

Stormwatch leader Henry Bendix is aware of a Superman level being called The High who’s retired from the world. He’s spent a decade in contemplation after consulting the learned of communities around the globe, and has now decided to act. His agenda is the betterment of the planet, but both he and those he’s gathered sharing his view consider some human casualties collateral damage in doing so. He’s also taking action to deal with the root causes of the problem that Bendix promised Jenny Sparks when recruiting her, and Jenny knows him. Ellis delivers a complex situation without a correct answer, and a Stormwatch team unsure how they should react once they discover the entire truth. He would later garner merited praise for his work on The Authority, but the ‘Change or Die’ story is every bit as good, if not quite as well drawn. Some extremely interesting characters are introduced, but disposed of before reaching their potential. Ellis appears to have reconsidered, as some recur in different form in his later work.

Events of the first chapters considerably alter the Stormwatch dynamics, and escalate previously brewing tensions between the organisation and the USA, setting up the remainder of the book. This isn’t as compelling, and after Raney improving with every chapter over three books it’s disappointing to see him replaced by Oscar Jimenez. Jimenez starts as a better artist than Raney did, but is inconsistent and prioritises dynamism over storytelling. Up next is A Finer World, with another change of artist and another thriller from Ellis.