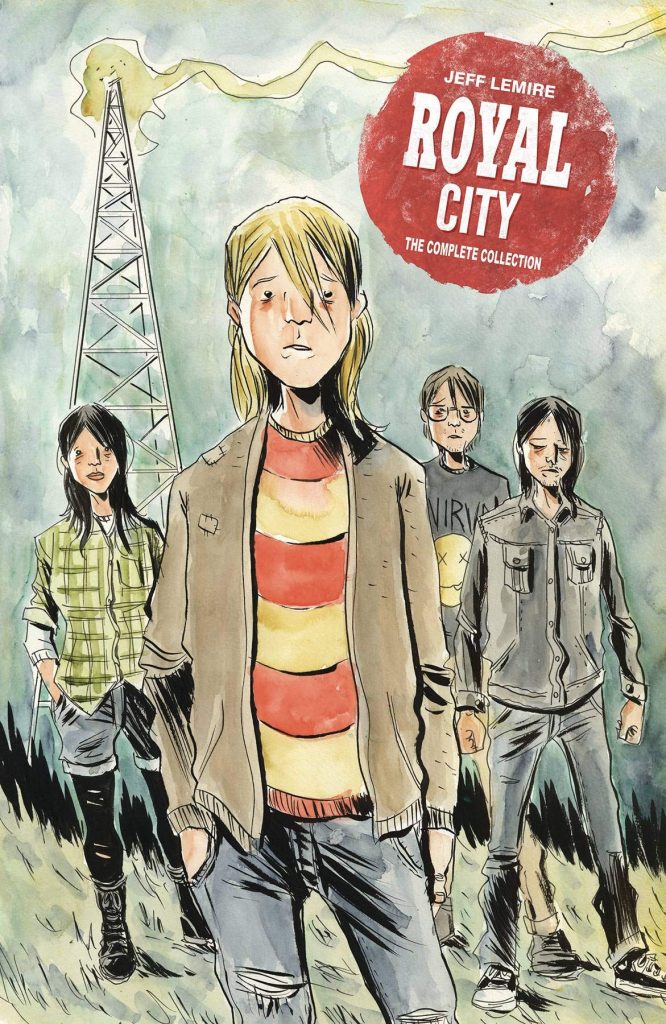 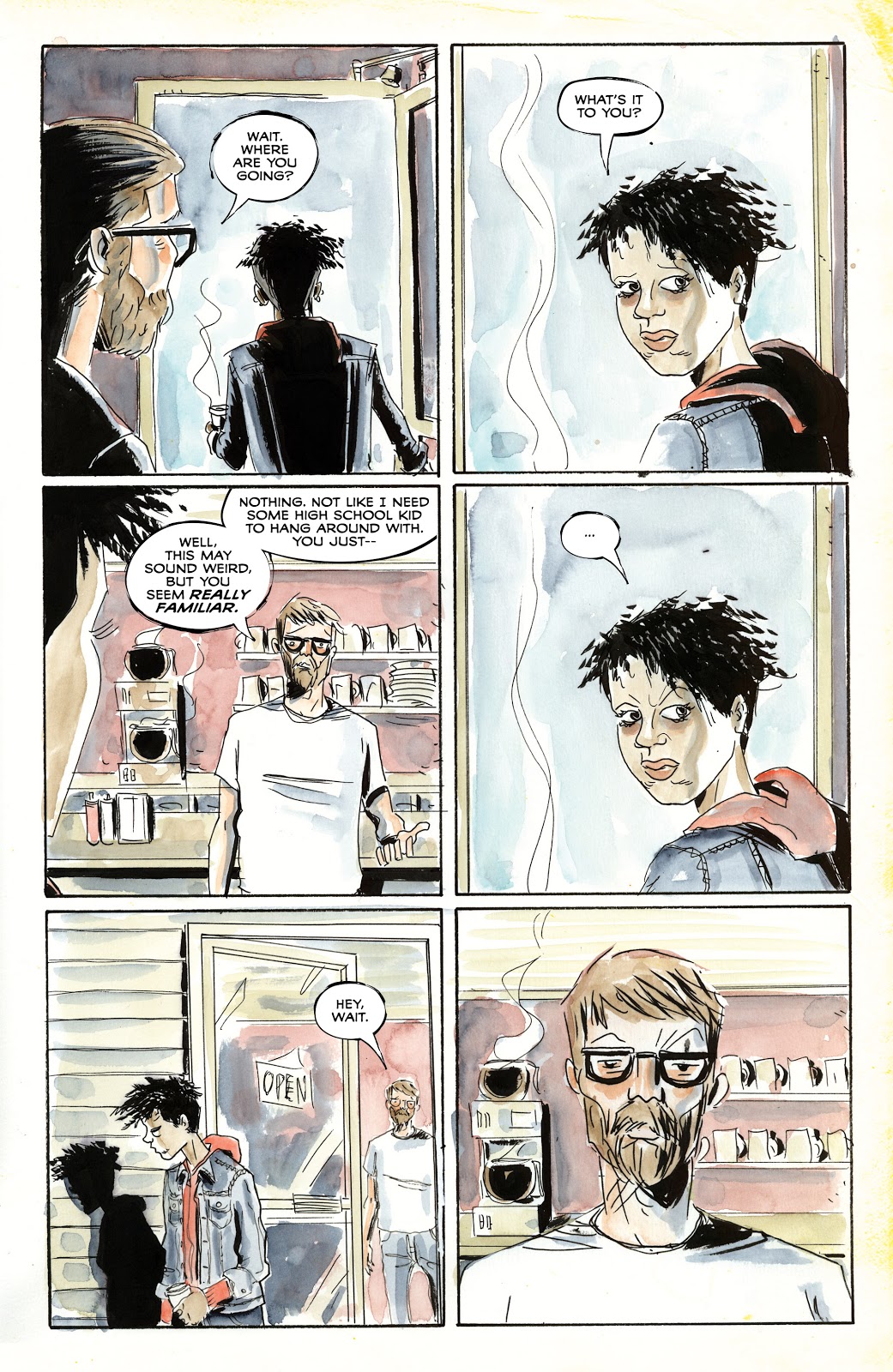 To accompany the first serialised issue of Royal City Jeff Lemire wrote an introduction, reprinted here as an afterword. He mentions hating the term “slice of life”, which he considers a code for “boring”, and he fears Royal City being labelled as such. Well, the cap fits, but Lemire’s interpretation is misguided. To name just five, among the cream of comic creators who’ve produced stories qualifying as slice of life are Dan Clowes, Robert Crumb, Gilbert Hernandez, Jaime Hernandez and Manu Larcenet. See the recommendations for slice of life without a boring page. The best slice of life material embeds viable characters in an environment and explores their aspirations, ideals, concerns and failings, and Royal City sets off in that direction and ticks all the right boxes.

We follow two generations of the Pike family, individually fractured and isolated while collectively dysfunctional. Illness prompts a return to faded industrial town Royal City for eldest son Patrick, to the outer world a successful novelist, but actually a fraud. Each other family member has come to terms with being visited by idealised manifestations of the youngest Pike, Tommy, who died in 1993.

Lemire supplies a three act arc, first introducing us to the Pikes in the present day, then heading back to investigate them further in 1993, before bringing events to a close back in the present. In the accompanying notes he mentions wanting to return to more grounded stories about real people, and he nails that with Royal City. While the necessary backgrounds are supplied, it’s the people who’re the priority, and while Lemire’s art always appears simple, there’s an astonishing humanity to his cast, enabling complete understanding of them. That humanity is seen on the cover presenting the family as they were in 1993, and in the sample page where we’re shown how just a slight adjustment to the eyebrows and the addition of a couple of tiny lines can make such a fundamental difference to an expression. His faded watercolours are also mood-enhancing.

Initial interest is piqued by wondering how Tommy died, as it appears to have been the event that set the family on the downward spiral. However, the chapters set in the past cleverly show how the people we’ve seen were already pretty much formed then, and what they’ve become has just built on that. The question becomes whether a second family crisis can prompt change. It’s a formidable character study that’s slightly too sentimental at the end, with the feeling being that not everyone presented would finish in the place they do given the people they are.

This hardcover presentation of the entire story is the most desirable option, but if cost is an issue it’s also available split over three paperbacks under the Royal City logo, Next of Kin, Sonic Youth and We All Float On. In any format it’s worth reading, and is never boring. 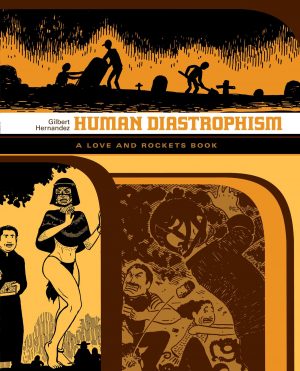