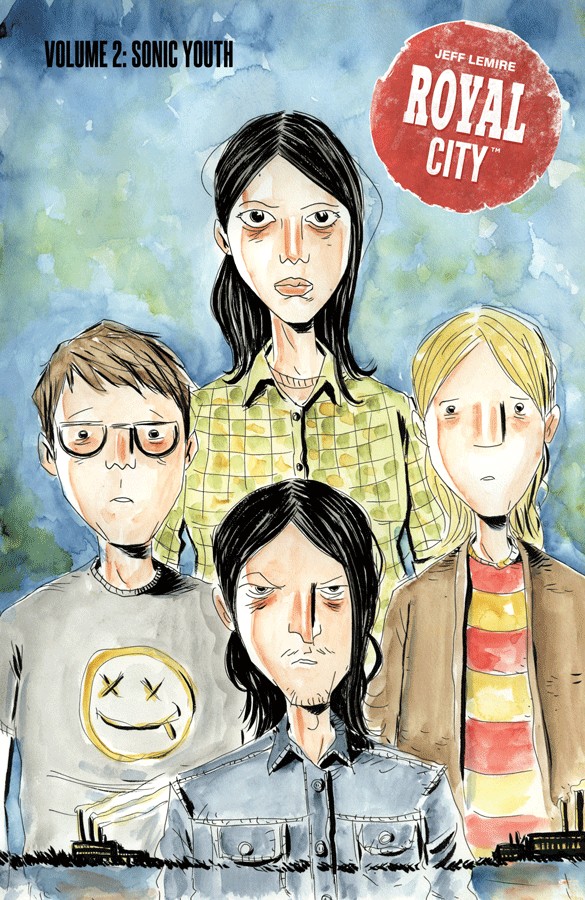 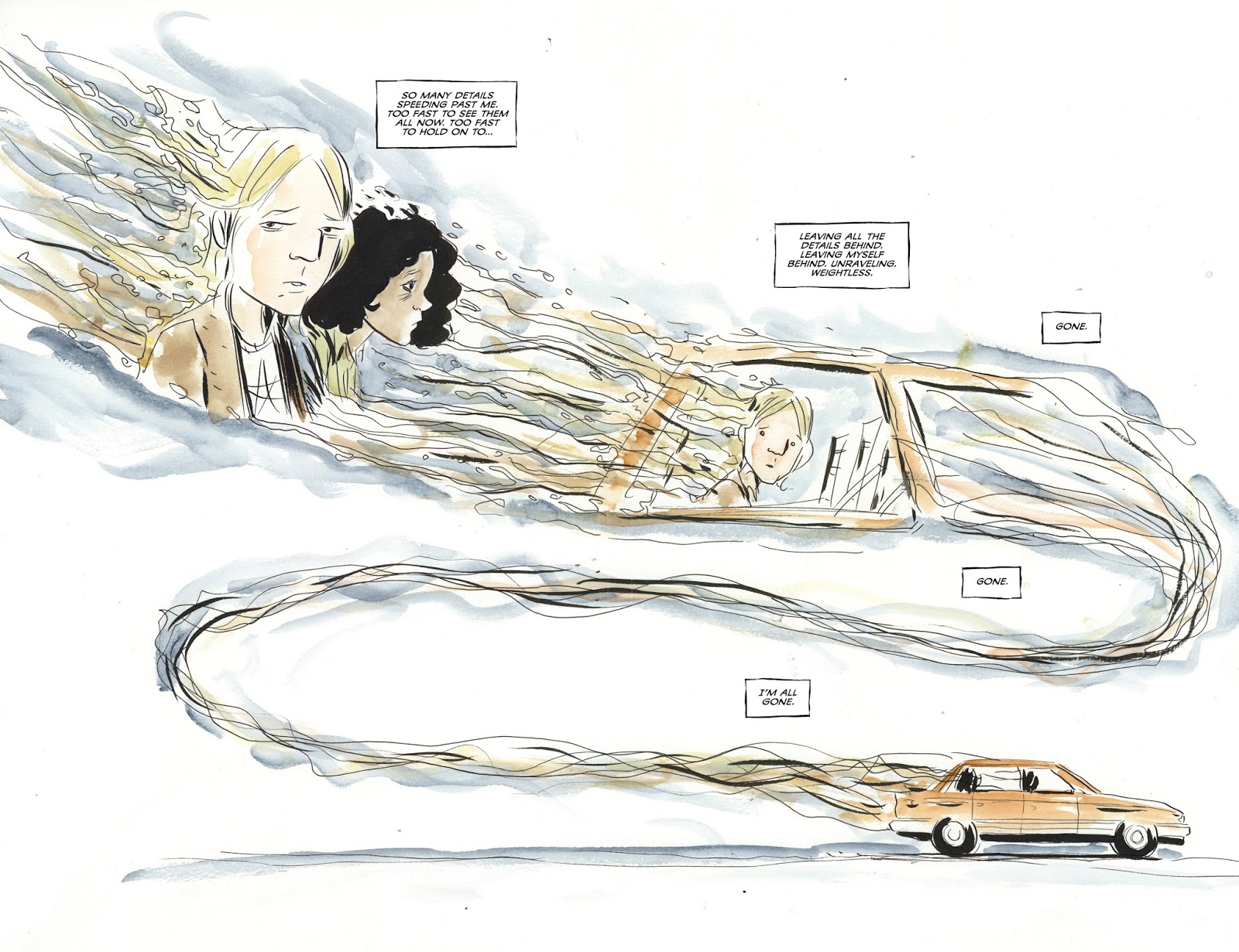 In Next of Kin Jeff Lemire introduced the Pike family, long time residents of Royal City, a family lost and drifting in the present. Sonic Youth looks back to their past, broadens the cast and begins to delve into why they became those people.

In 1993 Pat, Tara, Richie and Tommy are all in their teens, three of them at school and Pat working for Royal Manufacturing instead of attending university. We already know that Tommy died in 1993, but not the circumstances, and as Next of Kin ended with a shock, it means two mysteries exist. Answers are provided, but in a roundabout way, Tommy now the central character, offering observations about his family. These are plain and honest, but have an insight beyond the standard teenage diary. As intended, it’s heartbreaking with the benefit of hindsight.

In personal projects Lemire returns again and again to the theme of isolation, to the disconnected who may seem composed or even charismatic to others, yet are either aware they lack something, or believe they do. The worst case scenario is Lemire’s career being one protracted cry for help. The more likely alternative is that he’s incredibly skilled at looking into the bereft. He applies problems so common they’re clichés, yet to the individuals concerned they’re crises, so they resonate.

Cleverly, Lemire has led us to assume the dysfunctional aspects of the Pike family began with Tommy’s death in 1993, but even more cleverly, Sonic Youth shows how their current characters are just more extreme versions of the people they were then. It’s a fascinating ride, and we begin to ask if Tommy’s death enabled them to give up responsibility for controlling their own lives.

We’ll see in We All Float On, but unlike the previous volume ending, the break here has more to do with packaging a story told over fourteen chapters than any natural pause or shock. If affordable Royal City is better read in the hardcover Complete Collection gathering all fourteen chapters.