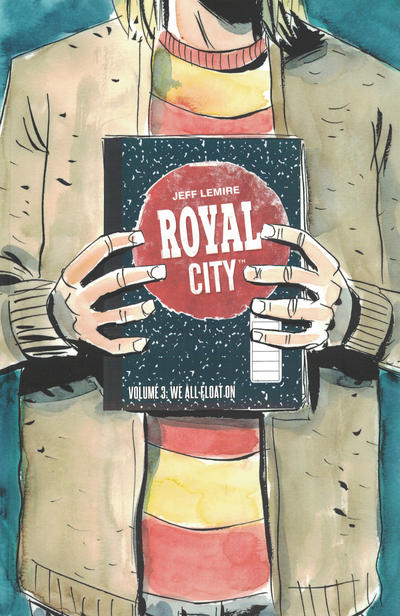 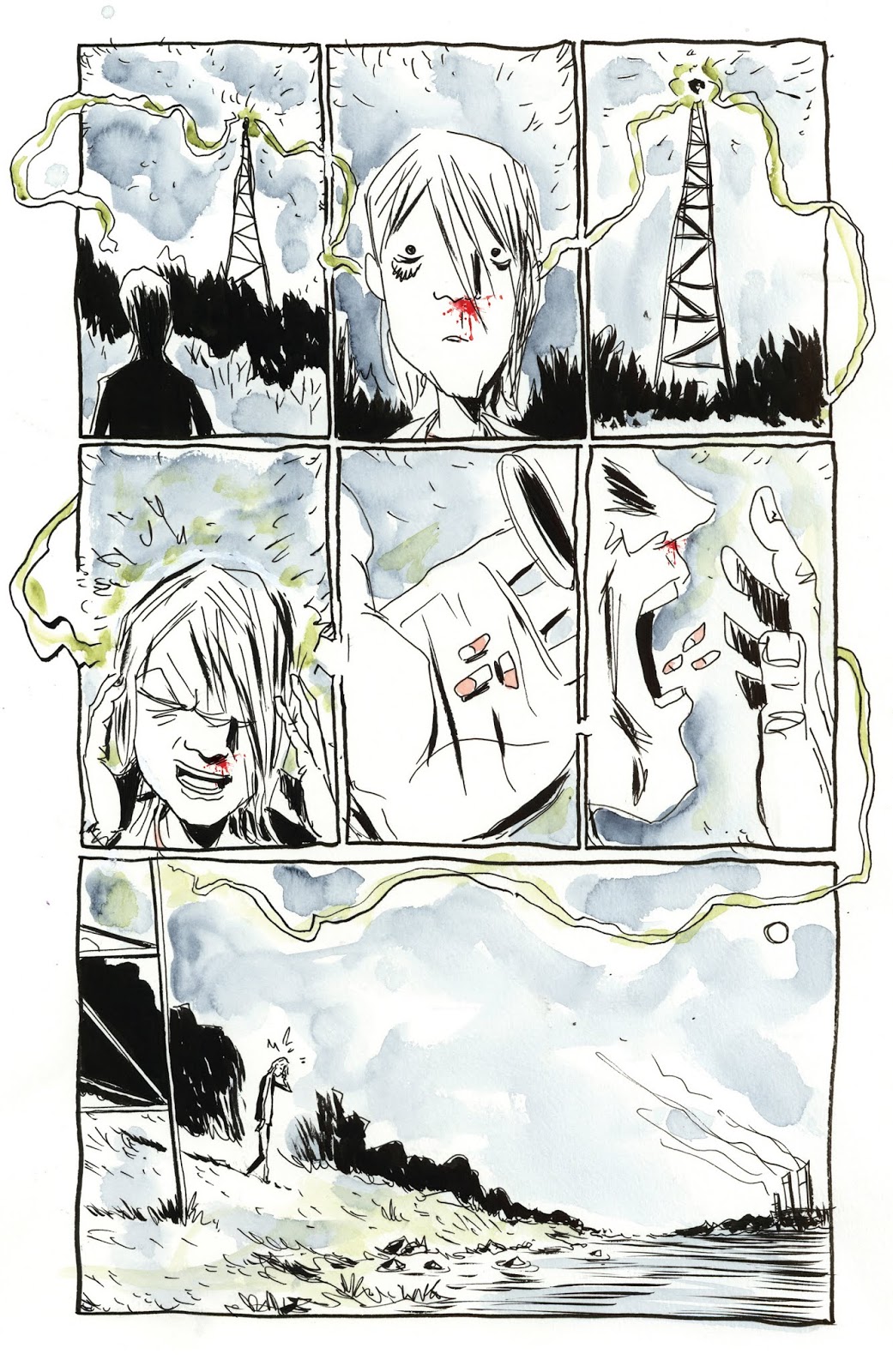 We All Float On concludes Royal City, shifting immediately back to the present day slightly more than twenty years after the past disinterred in Sonic Youth. For the first time in the series, the opening chapter has some funny moments. We’ve met Olive briefly, and it’s her role as a vocal observer producing them. It’s a clever bit of writing, as she echoes her father’s observations, but presents them more confidently, and it also provides a jolt, bringing into focus what an intense read the previous two books were. Joy is certainly at a premium.

Most of what we learn about the Pikes here, though, we already know. Jeff Lemire’s laid out who they are, and a fair amount of the cast finally manage to admit that to themselves. If that makes it sound as if Lemire’s indulging in sentimentality, that’s not far from the truth. He’s too good a writer to ladle it on thickly, but there are definite points when he seems to have forced the cast into a corner, and copped out. It’s most obvious with Richie, the most expressively tormented of the family, although as we’re shown, the person with the most guilt to bear, but the sentimentality also applies to others. What’s nicely understated is how one crisis can solve another, but whether it would apply as universally outside fiction is debatable. A metaphor also applies to the final stages, one stretching back to the story’s opening pages in Next of Kin, and Tommy Pike’s musings about whether there’s something different about Royal City. It’s a question never definitively answered, but also thankfully never overplayed.

Taken as an entire narrative, Royal City is an extremely satisfying character study that dips very slightly at the end. Given that, it’s better experienced as the hardcover Complete Collection gathering all fourteen chapters.