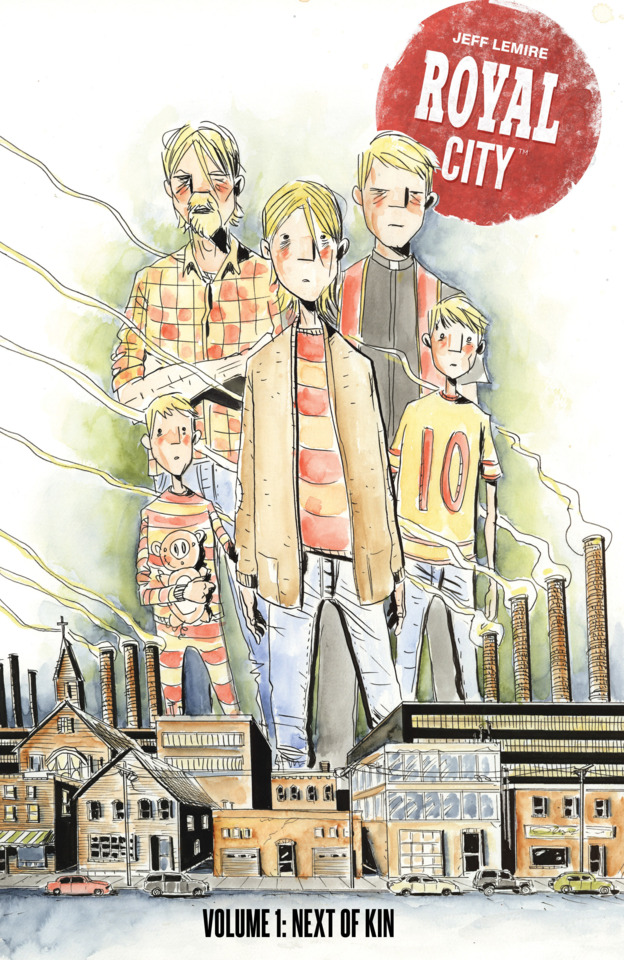 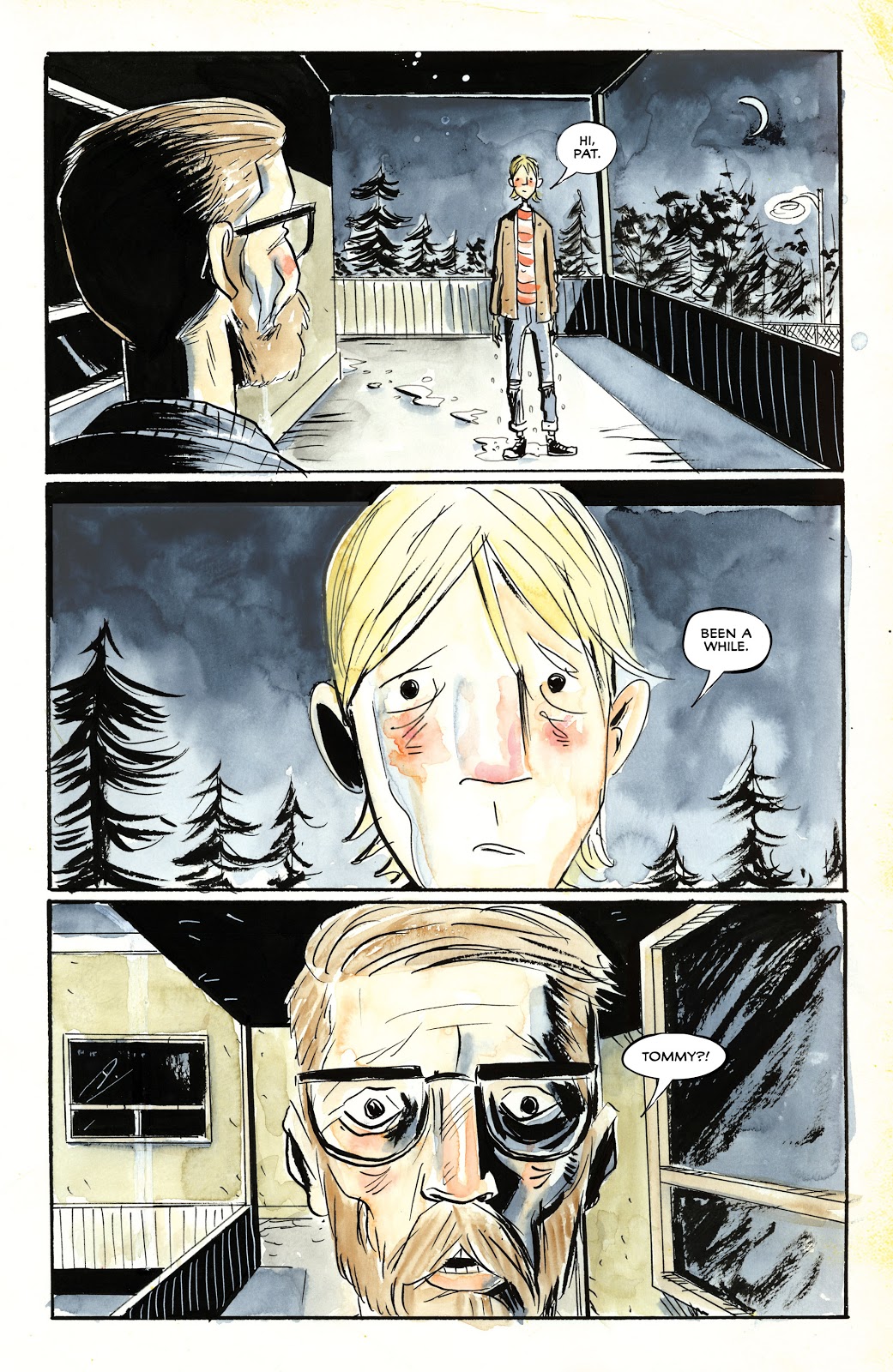 The Pike family are dysfunctional. Parents Peter and Patti squabble, and children Pat, Tara and Richie, now in their late thirties or early forties, have very different lives. What connects the family members, although they don’t know it, is that all see an idealised version of the dead Tommy Pike. All but Pat still live in Royal City, a generic town representing so many across the USA, once industrial, but the industry has now closed down or is in decline, leaving a lost, unemployed population. It echoes the Pike family, their troubles and differences beginning with Tommy’s death, established as occurring in 1993.

Any Jeff Lemire work is something to look forward to. He’s a gifted storyteller across several genres, but is at his best when exploring the lost. The editorial accompanying the opening serialised issue noted he wanted to return to the more personal work of his earlier years, but he was no longer the same person who wrote Essex County. Yet Royal City explores similar themes of disconnection, isolation and tragedy through people who aren’t fundamentally bad, but heading toward fatally fractured. Marriages are disintegrating, reality is pushed away, and Lemire successfully makes us understand the pain. No-one is entirely wrong, but differences of opinion are profound and seemingly irreconcilable.

Lemire’s art is apparently not to all tastes, which is a shame as it’s extraordinarily well conceived and composed, featuring a variety of people you’re instinctively attracted to or repelled by. They’re drawn simply, with impressionistic watercolour filling them out, each a fully rounded personality, and Lemire will occasionally dabble in visual metaphors, or transitions of past to present, which are also well thought out. It’s not impossible that a collaboration between writer and artist would generate the same strength of vision, but it’s unlikely. We see some locations, but they’re more in the way of backdrops, as it’s the people who count.

Next of Kin is essentially a leisurely set-up, introducing us to the Pike family and their situations, offering more than enough drama along the way and ending on a bombshell. It’s all very satisfying, smart and readable. However, Royal City was designed as a finite story, and paced as such, so if affordable it’s better read in the hardcover Complete Collection gathering all fourteen chapters. It also contains the mixtape listings from the comic serialisation, which look like Lemire’s 1990s youth. Ifm that’s not your option, Royal City continues with Sonic Youth. 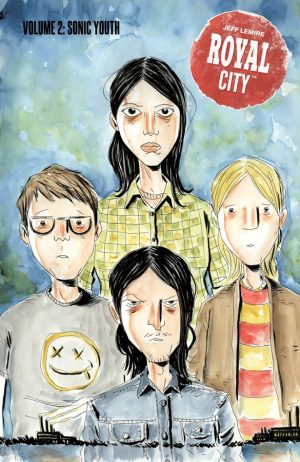 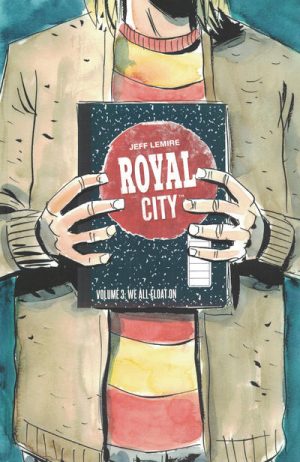