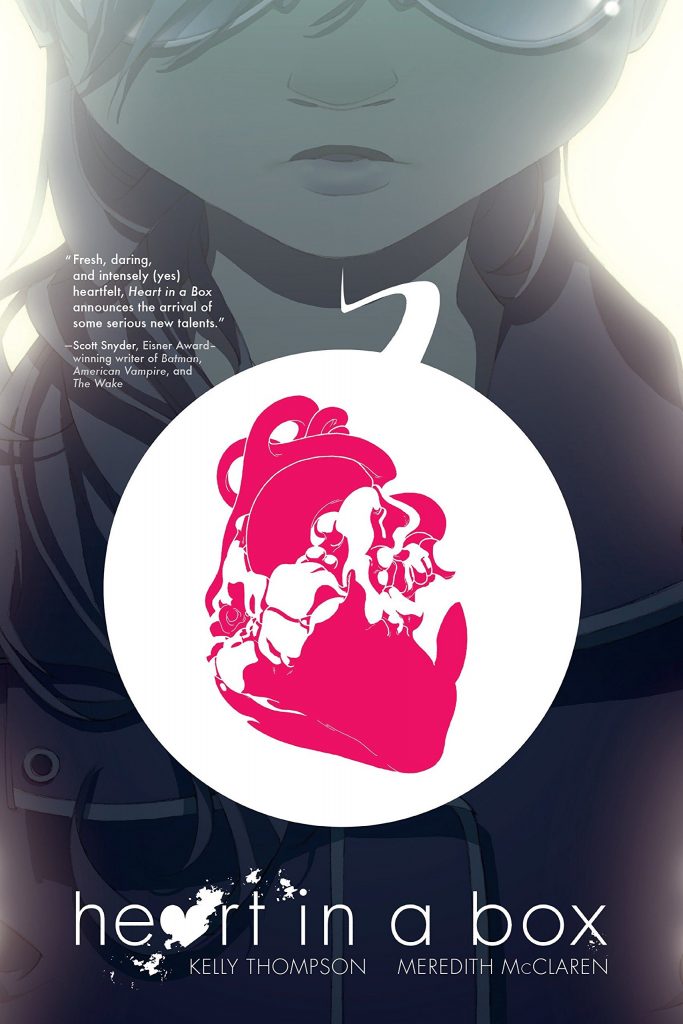 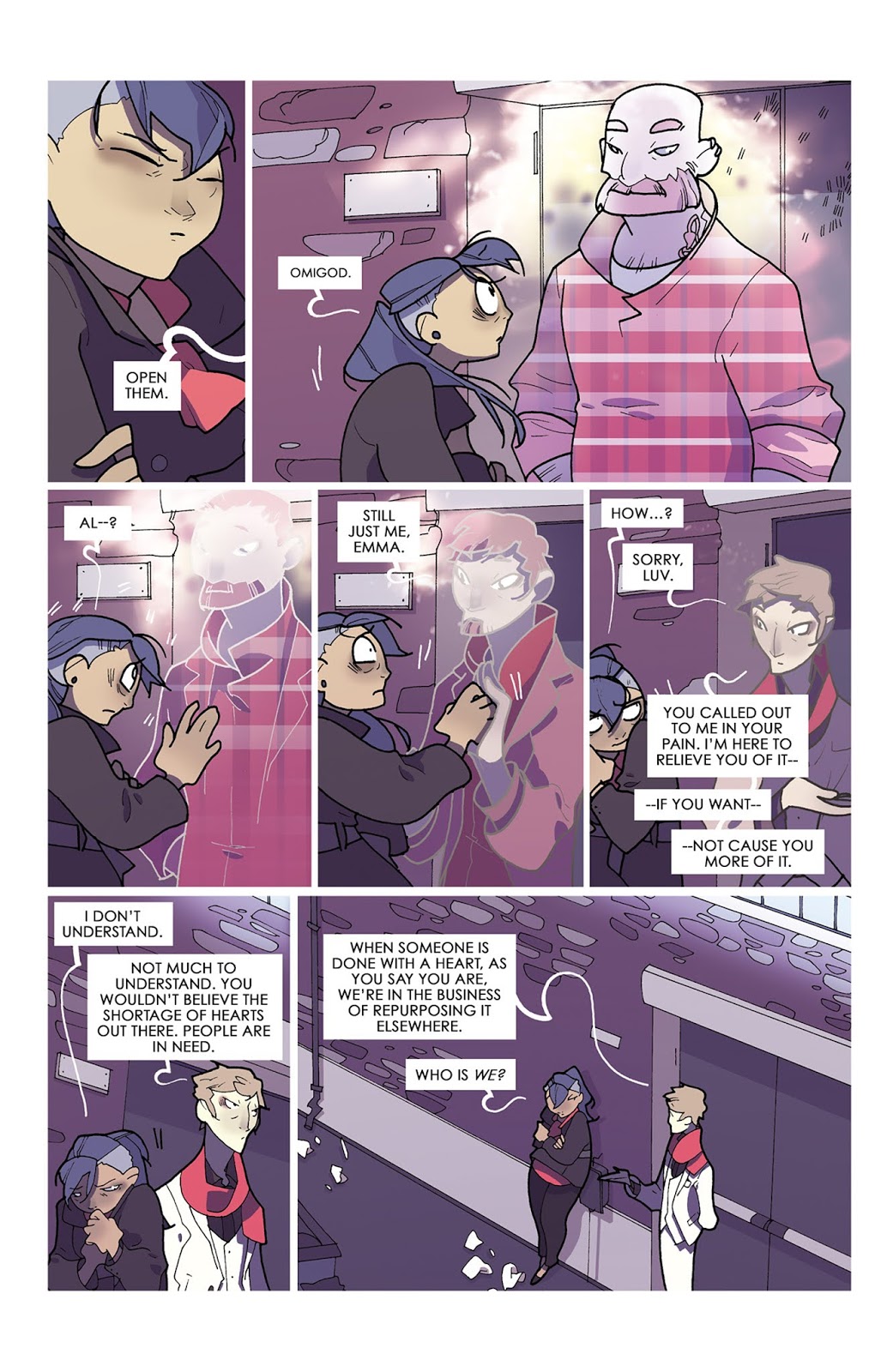 Completely miserable after a relationship break-up, Emma claims she wishes she didn’t have a heart. It turns out there’s an organisation that can do something about that, and Emma decides to avail herself of their services. But what is life without a heart? A mistake has been made, and the remainder of Heart in a Box deals with rectifying that mistake. It takes Emma to places she wishes she didn’t have to visit, and makes her do things she never considered herself capable of, and it’s a process governed by rules. One slip and everything is lost, but she does have ‘Bob’, technically the man with no name just like her former partner. Bob is able to guide her on the procedures and what may or may not be to her advantage.

Kelly Thompson spins out one hell of a clever plot, and Meredith McLaren draws the hell out of it too, sometimes in an abstracted way, but mostly prioritising whatever Emma’s feeling. That’s prone to change, as an early problem is a surplus of heart sections, and each alters Emma’s feelings and memories until she can rid herself of it. Except, as noted, there are rules about that as well.

How far will Emma go to reunite her heart? Well, a lot further than she thought she might at the beginning. By segmenting Emma’s heart, Thompson also segments her story, giving her the chance to tell very differently themed short stories as part of the bigger one. It keeps Heart in a Box fresh, and distracts us from the inevitability of what Emma needs to do when retrieving portions of her heart. The arbitrary rules are a convenience that slightly nags on occasion, and some questions about the big picture aren’t answered, but we learn a lot about Emma, and Thompson ensures matters don’t follow a predictable sentimental path. However, beyond the premise, maximum enjoyment is had by knowing as little as possible beforehand, which means taking our word that it charms and beguiles, and provides satisfaction to the last page. 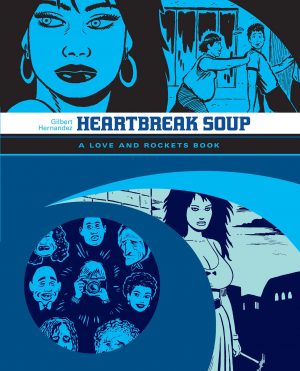