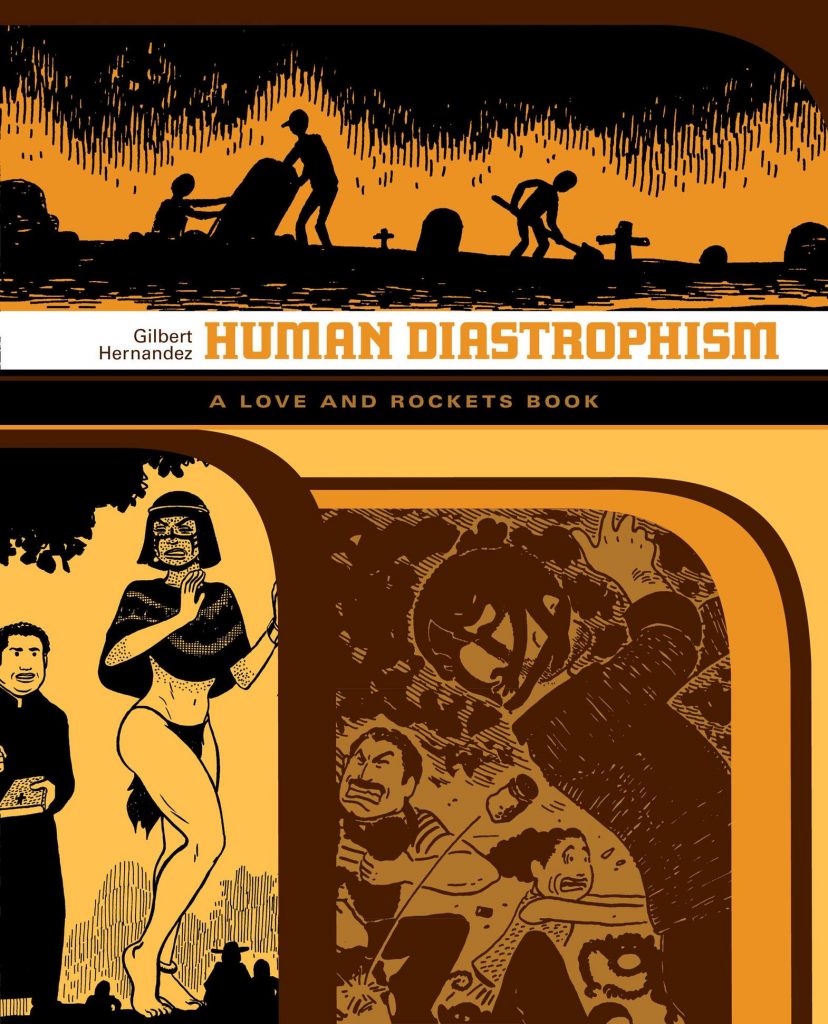 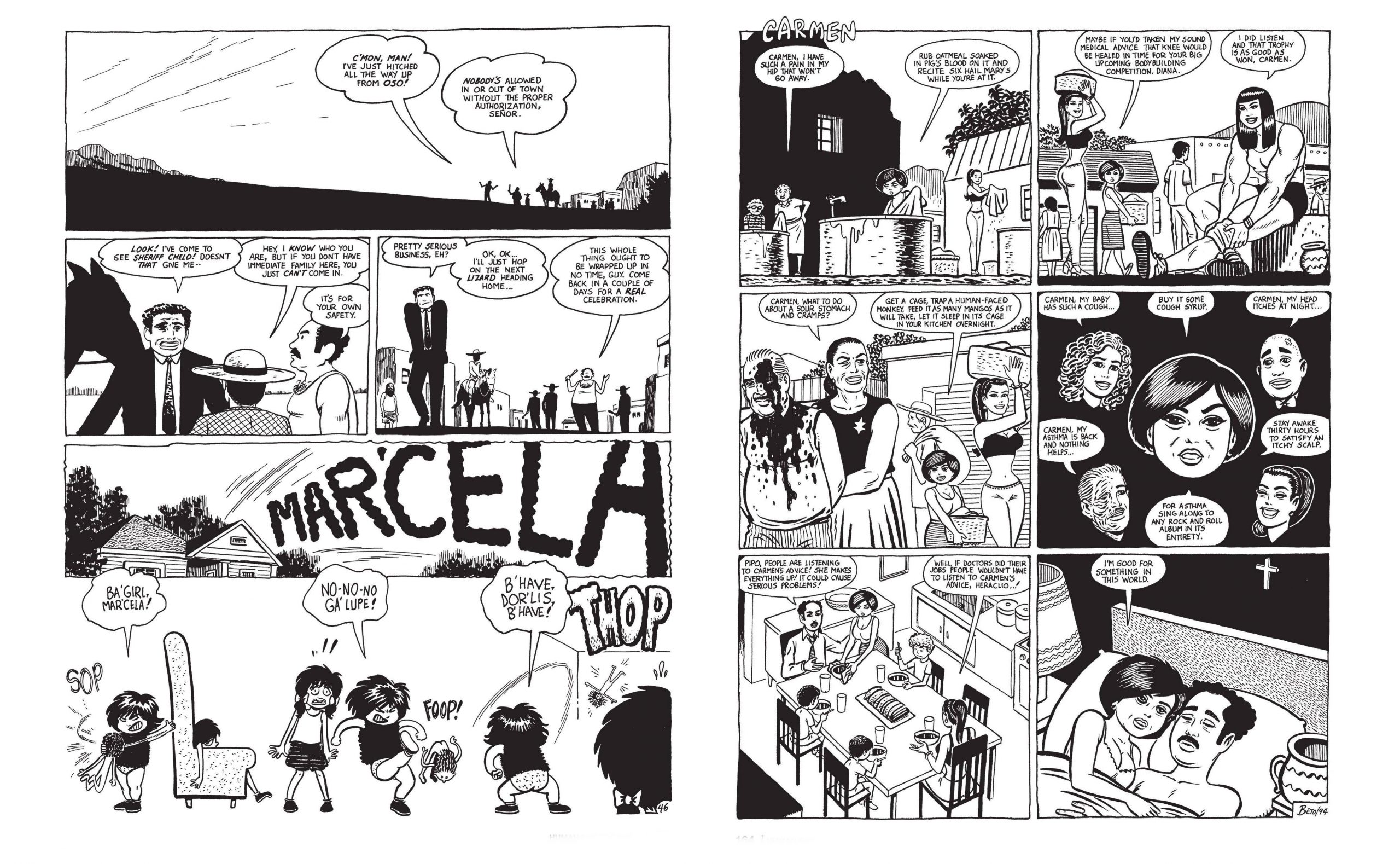 Titled after what’s broadly considered to be Gilbert Hernandez’ finest Palomar story, this second 250 page collection gathers the remainder of his output about the small Central American town of Palomar, the work roughly covering 1985 to 1996. It’s a near unbeatable package from a creator of the first rank on top form. Immensely readable stories about a likeable, well defined cast, are told in consistently novel and dramatic ways, are well drawn and intriguing, and still rewarding after multiple reads.

As seen in the Heartbreak Soup collection of earlier Palomar stories, Hernandez posesses a keen eye for the complications of human relationships, which he twist and extrapolates, providing new homes for old secrets and bringing others out into the open. It’s a skill he’s had from his earliest work, but what’s progressed from that is the art. Hernandez relied greatly on words for his earliest Palomar stories, but  these display a far greater confidence in his art being able to carry drama, either explicitly or with a look hinting at something. There’s always been a visually playful aspect to the art, and that increases as Hernandez starts experimenting more with his storytelling methods. These are breathtaking. He’ll leap forward and backward in time, the former via strange hallucinogenic sequences suggesting there’s an unknown powerful connection between some residents and the town itself. One story features two entirely different narratives, the visuals disconnecting from the words.

A page of small character illustrations is considerately provided before the title story, helping readers familiarise themselves with a large cast. It builds on relationships, secrets and events disclosed in earlier Palomar stories to trawl through the personalities of the cast, testing them and pulling them into turmoil. Luba, always putting herself first, doesn’t approve of how her eldest daughter Maricela is now dressing, not least because her figure is beginning to resemble the younger Luba. She’s further reminded of that because Khamo, the only man she’s truly loved, and father to two of her daughters, is working nearby. The easily influenced Tonantsín has fallen under the sway of a jailed pseudo-revolutionary, an infestation of monkeys is becoming an increasing nuisance, and that’s before a body is discovered. It’s comedy, tragedy and mystery, and while almost everything is very good indeed, only the best of what follows matches the title story. The finale, ‘Chelo’s Burden’, counts in that select list, a grand send-off to Palomar.

By then the continuity has moved forward a decade or so, events from the earlier stories having consequences many years later. The way is slightly lost when several characters move to the USA, substituting an everyday background for what was exotic, but Hernandez pulls back on track when revealing Luba’s mother and her wayward selfishness. Even during the few strips where it feels little is being said, Hernandez is still capable of surprising, such as with Riri’s observations about others. The insight is just phenomenal, and if there’s just a single graphic novel to accompany a reader to that imaginary desert island, you’d be hard pressed to find anything better.

A previous UK graphic novel titled Human Diastrophism only featured the title story, as did Blood of Palomar, the title under which it was originally serialised. The remaining content here was previously consigned to Luba Conquers the World. Four stories totalling thirty pages are absent, but everything else is also found in the 2004 Palomar hardback.