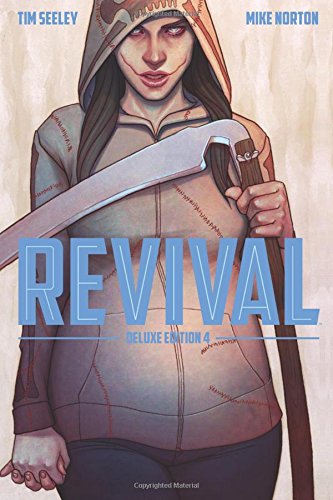 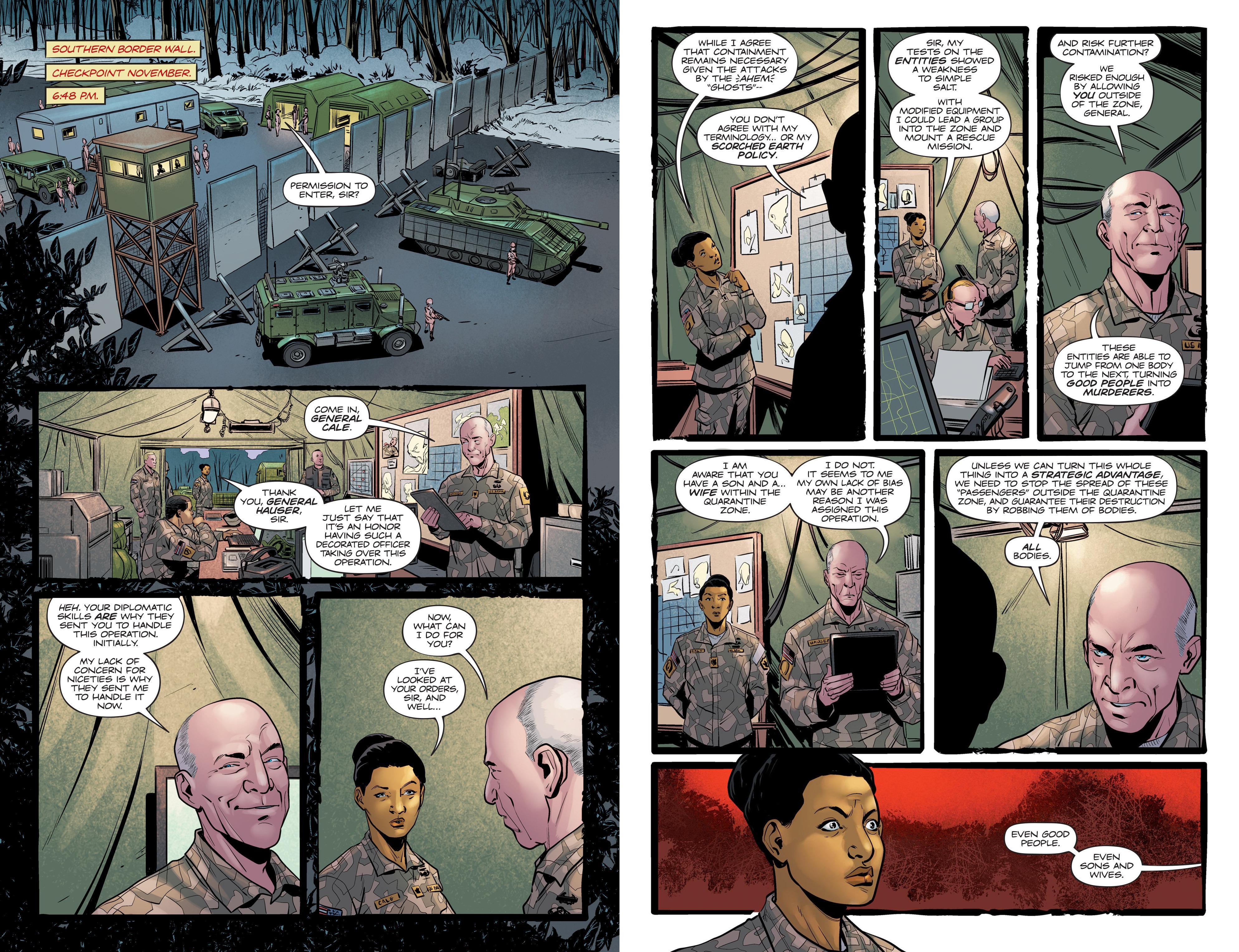 From the very beginning of Revival Tim Seeley has made exceptionally good use of the TV serial dramatist’s formula. He’s introduced an anomaly that should hook everyone, the dead returning to life, and surrounded that by gradually introducing a large cast of ordinary people faced with circumstances they never envisaged. He’s accentuated humanity and emotional drama, and the result has been enormously successful. He doesn’t disappoint in the final accounting.

A lot changes over this combination of the final two paperbacks Forward and Stay Just a Little Bit Longer. At the start the army has just begun to enforce internment for anyone identified as having risen from the dead, but with a secondary, sinister purpose, not just designed to keep the living population safe. By the end we’ve seen the apocalypse, with neighbour turning against neighbour, further deaths, and the community of Wausau irrevocably changed. Along the way there are plenty of answers. We learn who killed Em, what the spirits are and what they want, and why some people have behaved in the way they did. It’s unlikely anyone invested in the cast, and the assured way Seeley’s done his job that ought to be all of us, will be unsatisfied as he brings their individual stories to a close.

Mike Norton began Revival as a good artist, and the discipline of drawing what in most respects is a reality based story has improved his art no end. Page after page looks wonderful, he gives the cast a visual depth and when every plank on a disintegrating wooden shack needs drawing, he draws it. A major reason we pull for the cast is because Norton’s made them visually sympathetic, even those with something to repent.

General Louise Cale is key to provoking events. Her decision led to friends and family of Wausau’s residents being incarcerated to end volume three, and her decisions throughout contribute to making matters worse. She, however, is just one example of the nuanced personalities gracing Revival. She’s not just a military hate figure. She’s a gay black woman with a child, and in a prejudiced world we’ve seen both how she’s had to prove herself and her humanity. She’s a misguided patriot who wants the best for her country, and as seen on the sample pages she’s strong enough to question what doesn’t sit right with her when even more callous individuals arrive in Wausau.

If there’s a slight problem, it’s that so many characters have been introduced over the course of the series, there’s no time to do them all justice in the final accounting. We see almost everyone still alive from previous volumes (and some who’re not), but many just in passing. Better than being ignored, though.

Despite telling a superb story over eight books (or four hardcovers), not enough people know how good Revival is. If you’re the type of person who enjoys a quality TV drama box set, these are the graphic novels for you.