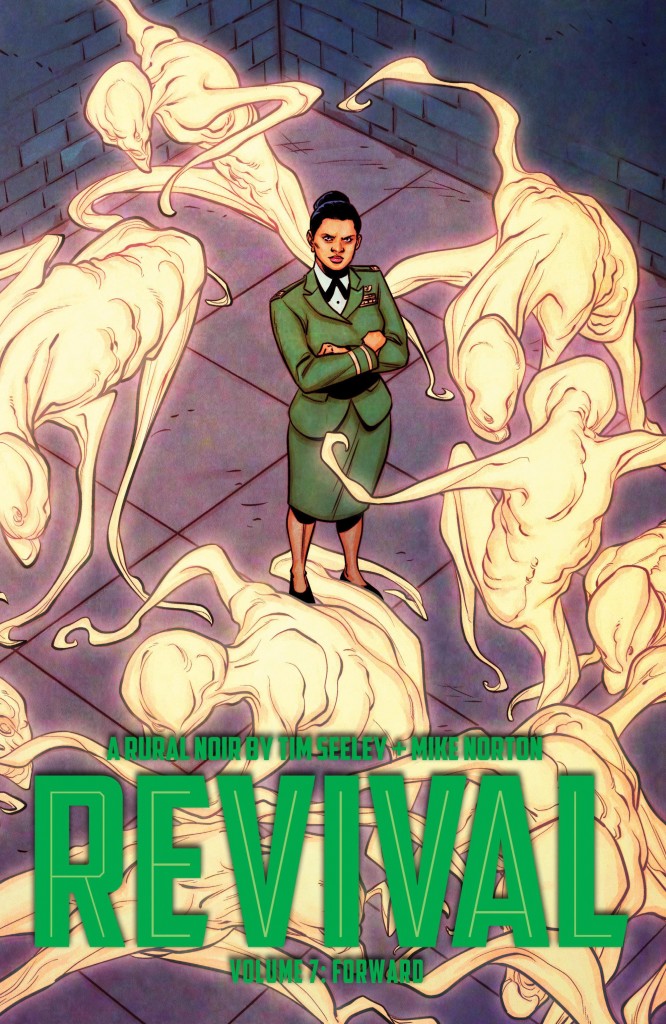 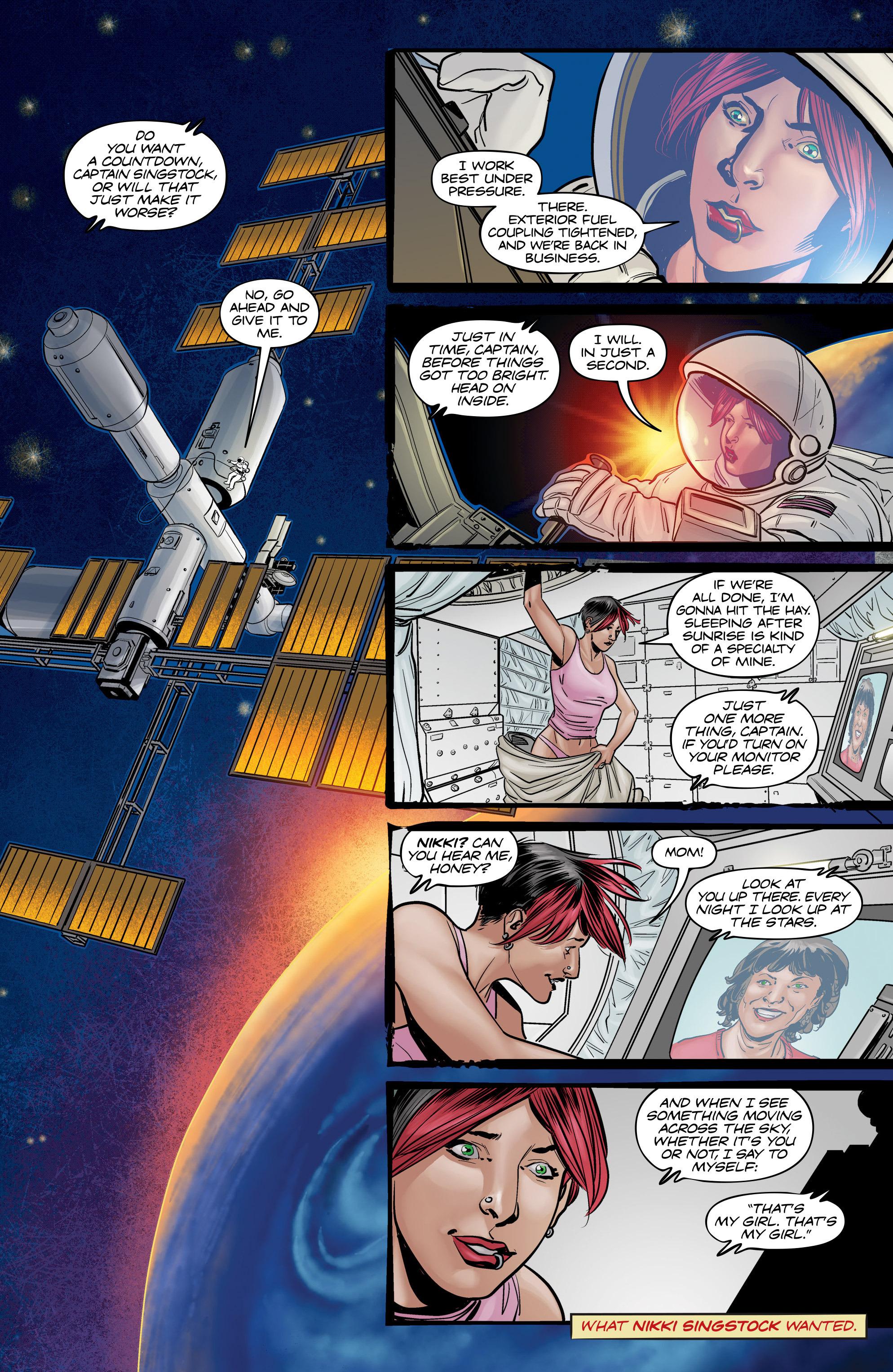 Surely no-one has reached Forward without being aware of Revival’s basic premise, that the dead of Wausau have returned to life, not as zombies, but as human beings to all intents and purposes as they were before death. Among them is Em teenage daughter of the town sheriff, and sister to police officer Dana Cypress. As seen in Thy Loyal Sons and Daughters, what’s being called a temporary medical care facility would be considered an internment camp by those within, so Dana’s busted her sister out, making them both fugitives.

The internment camp is run by the military under the charge of General Louise Cale, pictured on the cover. She’s learned a fair amount in a short time, and during Forward we learn a fair amount about her and her methods. She’s capturing what the army refers to as the souls of the dead, for whom they have a purpose. What’s the adage referring to the best laid plans?

Mike Norton’s artwork is very good indeed, and has improved as the series continues, but the single greatest strength Revival has going for it is Tim Seeley’s dramatist’s instincts. He introduced sympathetic and conflicted characters early, then kept adding to the people with whom they interacted, also building them confidently as required. It’s superbly illustrated in a chapter where Seeley takes a look at some of the series’ secondary characters and contrasts the sobering disappointment of how their lives are with how they imagined they’d be. That’s not to diminish his plotting abilities. Some Revival graphic novels have begun relatively slowly before kicking into gear, but adding an overt crime element to the horror works wonders for screwing up the tension. And Seeley doesn’t drag that out for ever. There’s enough going on that a suspenseful matter can be introduced in one chapter and brought to a fitting close in the next.

Forward is the penultimate book and it’s thrilling from start to a downbeat and tragic finish. Seeley’s said in promotional interviews that he’s always known how the series would end, and everyone else can discover how with Stay Just a Little Bit Longer. Alternatively, both volumes are combined in hardcover as Revival Deluxe Edition vol 4.