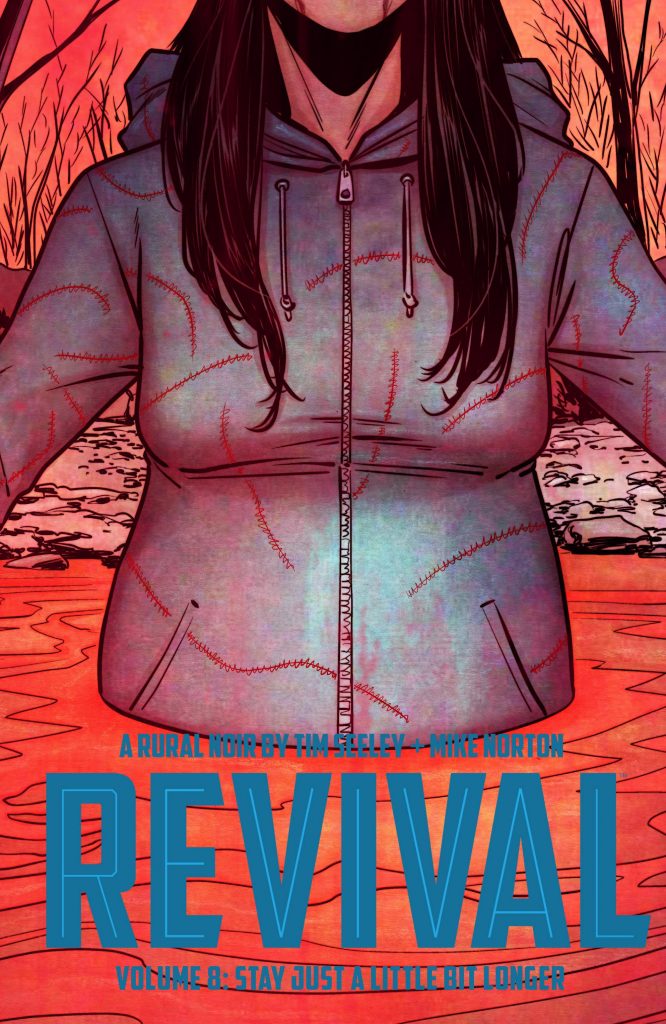 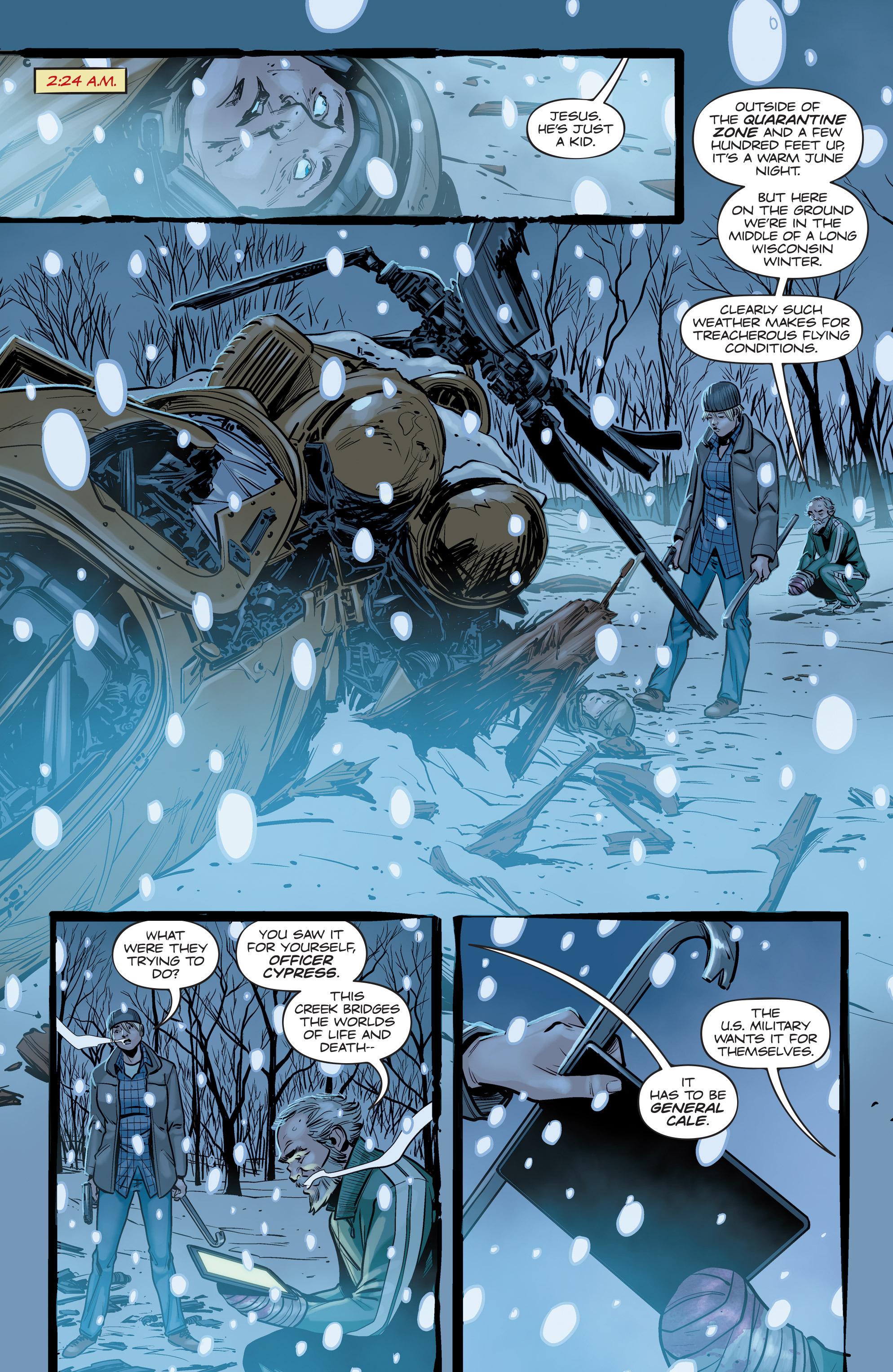 In Forward Tim Seeley escalated Revival’s story, and the opening chapter of Stay Just a Little Bit Longer displays the consequences. Simply put, all hell’s broken loose in Wausau, the town where the dead have returned to life. Although it was nuanced and eventually involved another important factor, Seeley slanted his story so a view was formed on the cruelty of segregation and confinement, and the unfettered consequences of the opposite are now seen. Wausau’s falling apart, neighbour is threatening neighbour, and the first chapter ends by answering a question strung throughout the series. Just who murdered Em Cypress?

Very cleverly, the answer to that question underpins the entire series, explaining why the dead are returning to life in Wausau and what can be done about that. Meanwhile, General Louise Cale with her military mind continues to contemplate how a tragedy can be weaponised for wider military use. She’s an example of Seely’s first rate characterisation. As motivations go, he sees her as making the wrong choices, but he’s also ensured she’s not a cardboard cut-out villain, defining her and refining her in the context of others. When she again takes the wrong path there are reasons to hope against hope for her redemption, one of several suspenseful themes that make this such a thrilling read.

Mike Norton started Revival as a decent artist and has consistently improved. One day his career path will follow Sean Phillips, and he’ll be allocated a high profile project at which point everyone’s eyes will open to how good he’s always been. Even more so than earlier in the series, Stay Just a Little Bit Longer requires discipline. There’s a lot to be covered, and what’s needed isn’t all-out action, although there’s certainly enough of that to satisfy. To some extent that’s been the case since day one, as Norton has supplied a large cast in a refined manner. If not always permitted the joy of all-out action (and there is one scene that builds, only to deflate off panel in service of a surprise) Norton substitutes atmosphere. It’s now winter in Wausau, the snow is coming down, and doesn’t anything always look better when covered in snow?

While the information comes thick and fast in the opening chapters, Seeley ensures there are still secrets to be revealed, and as this is the concluding volume he cranks up the tension until the apocalypse. That’s superb. As an example, Seeley places folk in a situation they don’t understand, and one small example of heat of the moment reactions is the army firing on ordinary people. While we don’t see it, as with other combat veterans, one moment’s instinctive reaction will shape the remainder of their lives.

Without giving anything away, in broad strokes, Seeley and Norton give anyone who’s followed the series from the start the ending they’ll want to see, definite, thrilling and tragic, while a few epilogue pages contain some surprises, updating on survivors. From start to finish over eight volumes Revival has barely struck a wrong note, and if you’re someone who likes a high quality TV drama box set and you’ve never taken a look, maybe you should. Perhaps you might want to consider going straight for the Deluxe Collections. Volume  Four of those combines this conclusion with its predecessor.