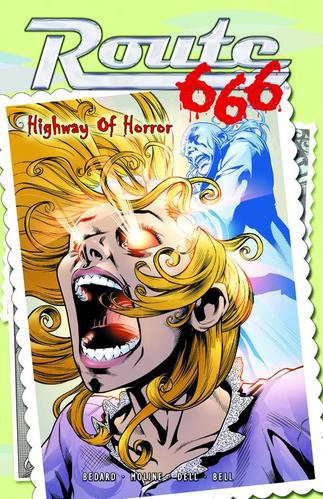 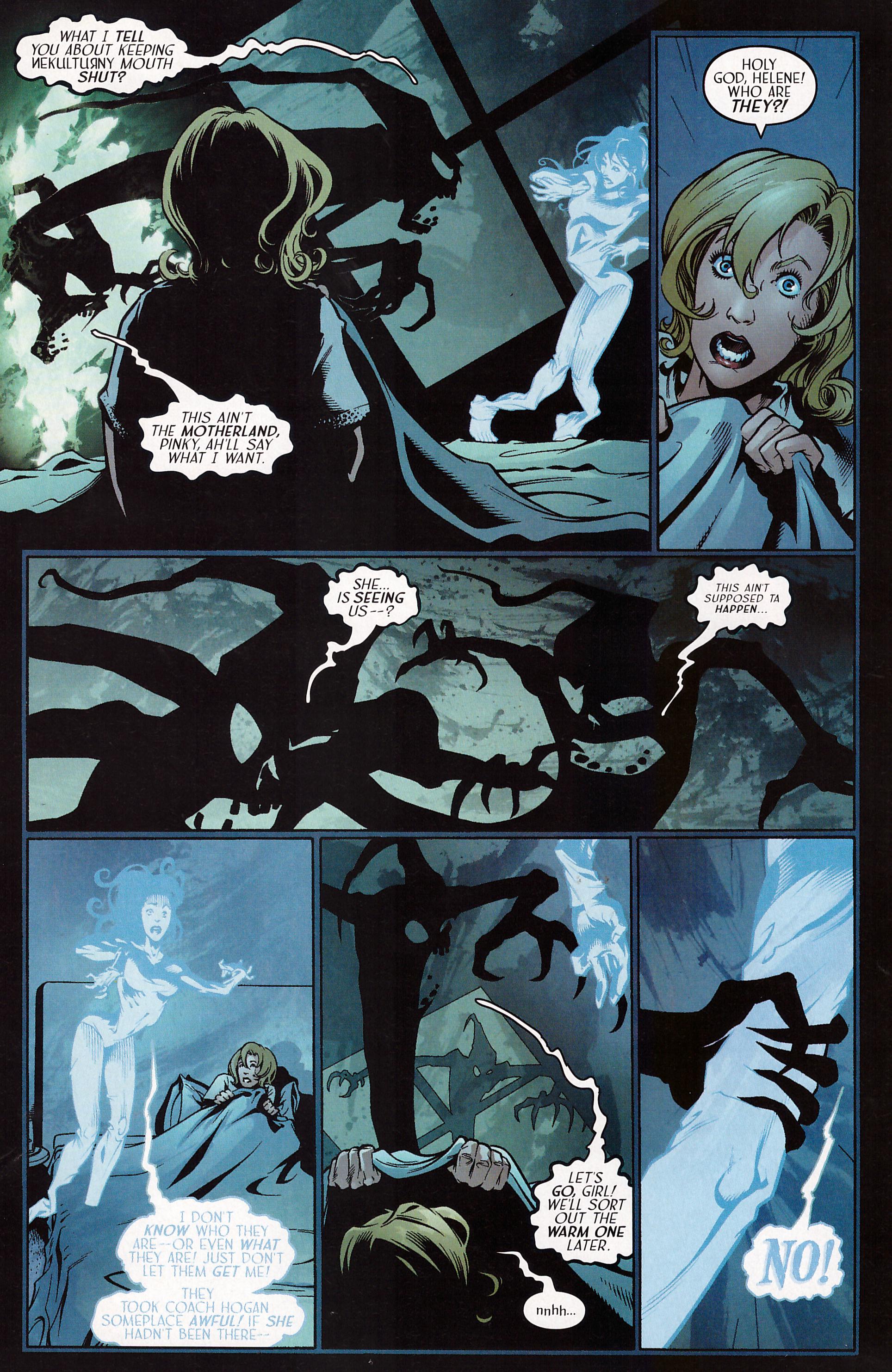 College gymnast Cassie Starkweather has a long history of what medical evaluation considers an overactive imagination. Since early childhood she’s been able to see ghosts, and as this is an embarrassment to her wealthy parents, after another incident she’s booked into the oddly spelled Melchior Sanitarium for some extended therapy. Of course, in the long tradition of horror stories, Cassie tells the truth, but no-one else can see what she sees. Her talent is a family inheritance that’s skipped a generation.

Tony Bedard mixes and matches the familiar from horror films. You’ll suspect, for instance, that the creepy head of the sanitarium is a wrong’un, and that the sleazy orderly will be first in line to get his once the real carnage starts. Well, Bedard might be toying with your preconceptions, as he moves in a different direction altogether. The road trip hinted at by the title is more than just a slick play on words, and the recurring underworld creatures plaguing Cassie have interesting backgrounds. He structures the plot in the manner of old TV drama series The Fugitive, with Cassie moving from place to place, interacting with a new supporting cast each episode, and learning just that little bit more about her destiny.

The faux 1950s scenario is nicely presented by Karl Moline, who’s either enthusiastic about the period setting or takes his research seriously. The cars play a big part in a road trip title, and he’s great at drawing them, the small town diners and other period touchstones. Cassie is well designed and easily distinguished, and Moline’s equally good with the visceral horror and the everyday scenes leading up to it. Cliff Richards fills in very effectively for a chapter.

Crossgen were efficient at quickly transferring their comic stories to graphic novels, but Route 666 is one of their later titles, so Highway to Horror is the sole collection. That still leaves another seventeen entertaining comics, but be warned they follow the Crossgen brief of continually keeping the pot boiling while avoiding any substantial answers or resolutions. As the thrust of each episode is the story set around Cassie and who she meets, this isn’t as frustrating as on other Crossgen series, so if you enjoy Highway to Horror, by all means look out for those remaining issues. Just in case you’re wondering, this has no connection beyond the name to the later Lou Diamond Phillips movie.