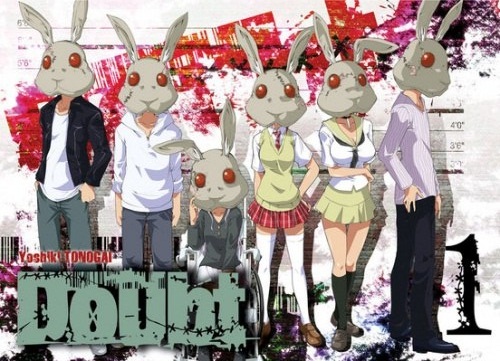 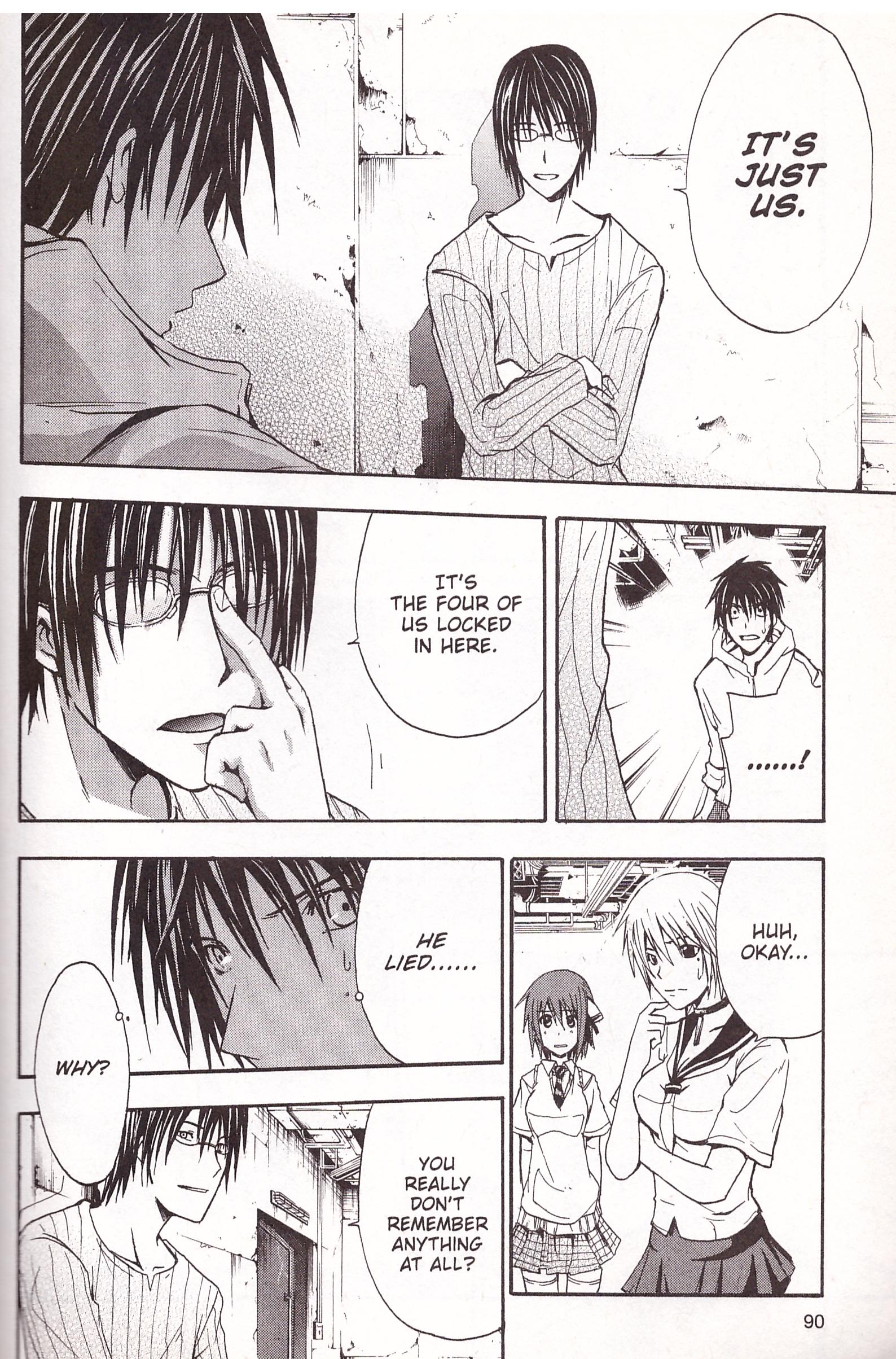 Doubt is yet another Japanese horror/crime series with a fantastic starting premise. It introduces a popular game ap called Rabbit Doubt, which updates the group game Killer or Wink. A group of players have rabbit identities. Among them, though, is a wolf disguised as a rabbit, whose task is to deceive and isolate the remaining players to kill them. Those players must reveal the wolf before they all die. Six individual gamers not previously personally acquainted decide to meet. The back cover text reveals that they’re rendered unconscious and awaken with a corpse in a locked derelict building, and told that one of them is a wolf who will murder the remainder unless they can figure out who the killer is.

Using the cheap horror film template of gathering a group of people in an enclosed environment and setting about them, Yoshiki Tonogai’s plot is intriguing and compulsive. With the above information in hand, the deduction begins with the introductory chapter. Is it relevant that the now wheelchair bound Rei was once a TV hypnotist? Or that Eiji is surly and leaps quickly to aggression? Or that Mitsuki is incredibly quick to impose her values on others? Can Yuu be as nice and understanding as he seems? You’ll find yourself scanning every line of dialogue for clues, but with the series occupying two books clocking in at just under four hundred pages each, don’t get carried away too soon.

It doesn’t take long for Tonogai to begin complicating matters. Each of the teenagers awakens with a barcode tattooed on them somewhere, and these codes open locked doors, that lock again from the other side. It’s only the first barcode used on a door that will open it from that point, and the barcode can only be used to open a single door. As this rapidly complicates matters Tonogai includes a handy set of plans at the halfway point. It’s clever, providing the option of really becoming sucked into his world. Why have these particular teenagers been selected? Do they all have a secret?

The scarred rabbit masks Tonogai introduces have become iconic, but given the location they’re the only visually stimulating element other than the horrific ones. Because of that, his art is incredibly disciplined, always serving the story, but switching viewpoints and angles enough that it never looks dull. Less commendable is the fetishistic objectification not infrequent to Manga, with two of the young girls dressed in short skirts and socks

Doubt is a great update on the traditional locked room mystery. By the end of this first segment a couple of the potential victims believe they’ve discovered the who and the why, but are they right? Is one manipulating the other? Who can be believed? Doubt 2 has all the answers. 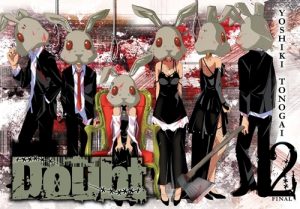