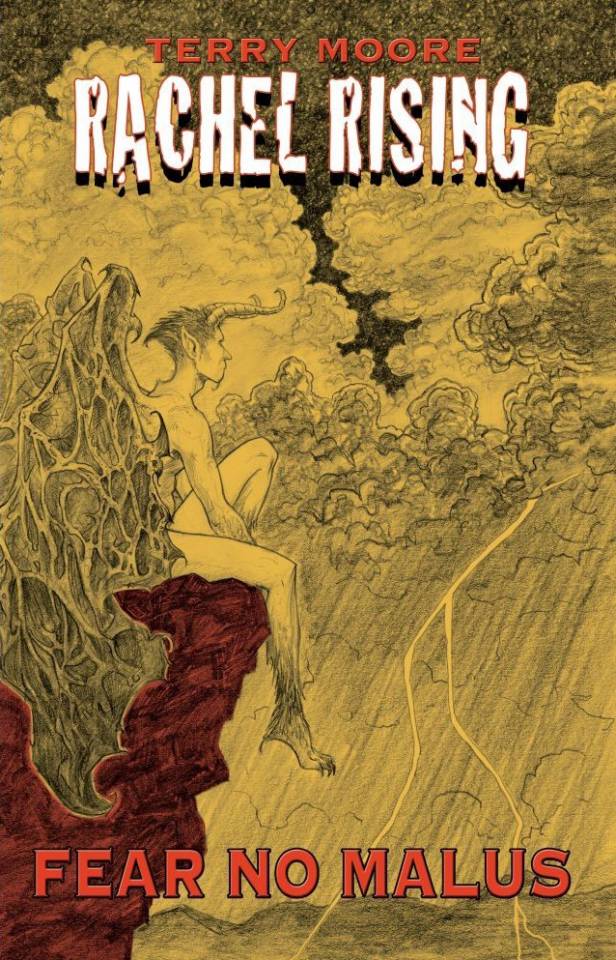 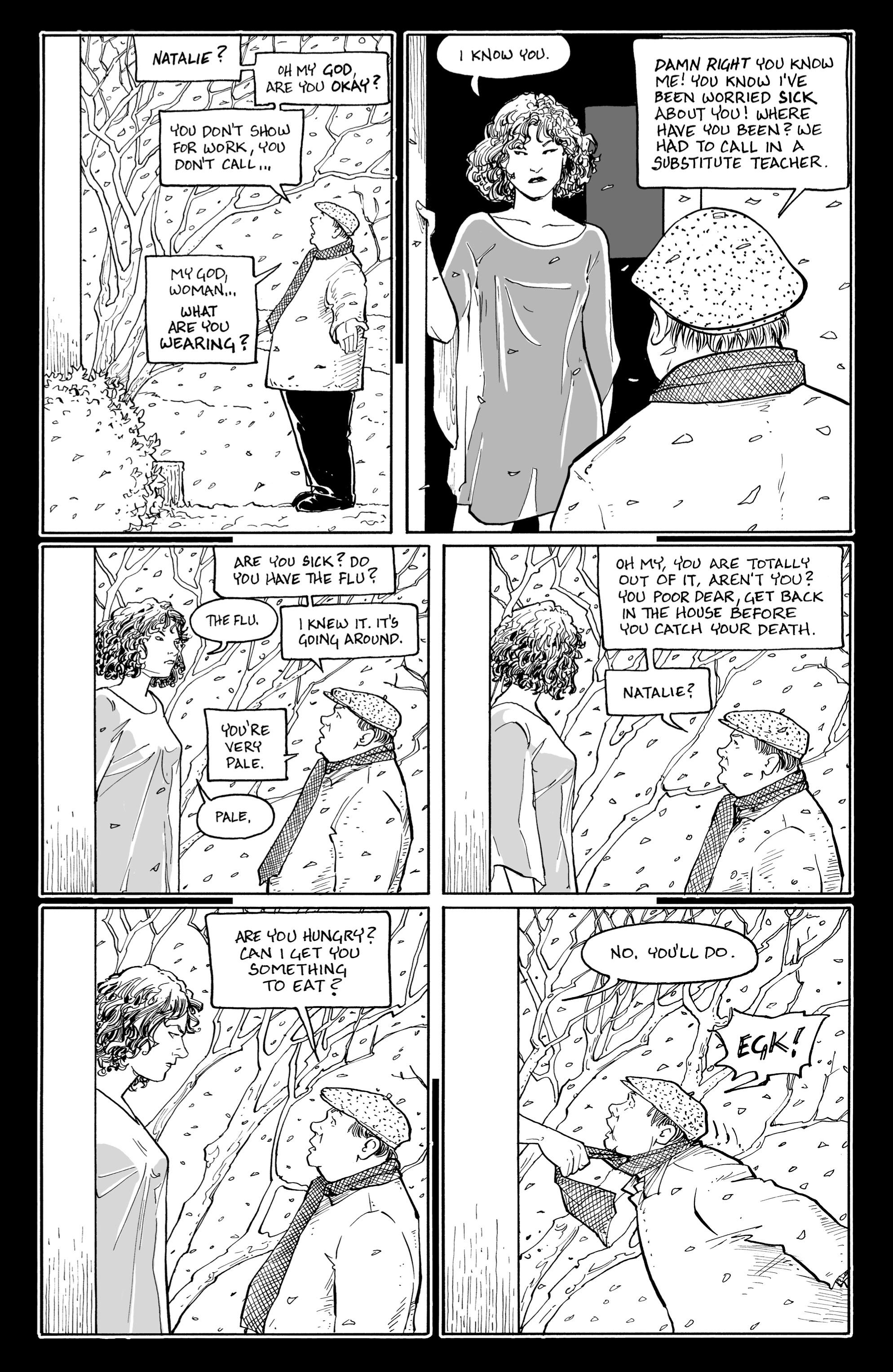 Make no mistake, Rachel Rising is horrible. Oh, Terry Moore may try to fool you with his incredibly attractive pages and the allure of impossibly glamorous women depicted on them, but Rachel Rising is a catalogue of atrocity.

The Shadow of Death introduced Rachel, seemingly dead on more than one occasion, yet still walking and eating, although several other inhabitants of Manson have now moved beyond that state, most of them aided in this progression. Rachel has a two day gap in her memory from feeling good about going out to clawing herself from an unmarked grave in the forest that has since hosted others. Since her return she appears to know the fates of those she touches, and her medical functions have slowed to impossible levels.

Moore has also introduced a whole circus of eccentrics to bounce off Rachel. These include a doctor who keeps the embalmed corpse of his wife in the house, a mysterious young girl already responsible for at least three murders, and another returnee from the dead who vomits up a snake that kills others. It’s macabre, gruesome and compelling. Not least because as we hit the midway point of Fear No Malus Moore’s forthcoming with answers. Once he’s started the revelations keep coming, a full torrent of them that sweep away all before them, and you know what? They’re even more horrible than the events we’ve seen so far. The town of Manson has a history and that’s impacting on the 21st century. By the end of the book there’s a few dots to be joined, but we have a good idea of what’s happening and why it’s happening.

So no need to continue, then?. That’s not the case, as by this point Moore’s done his writerly work very well indeed, and we’ve come to care for Rachel, Jet, Aunt Johnny and others, so even though we now know what we didn’t as we read The Shadow of Death, we have an emotional investment in the cast. It’s particularly the case with Rachel herself, who now has a history to back up her caring personality, and who’s left at the end of the book with a new cause.

Cemetery Songs is where to head next unless you’re of a mind to buy the entire seven volumes of Rachel Rising in one hefty Omnibus edition.