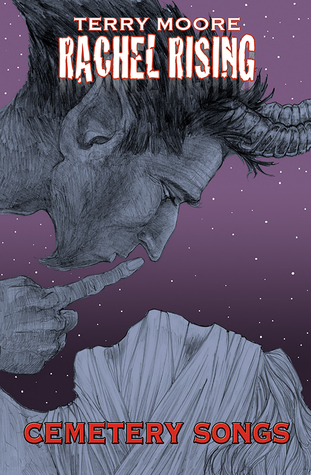 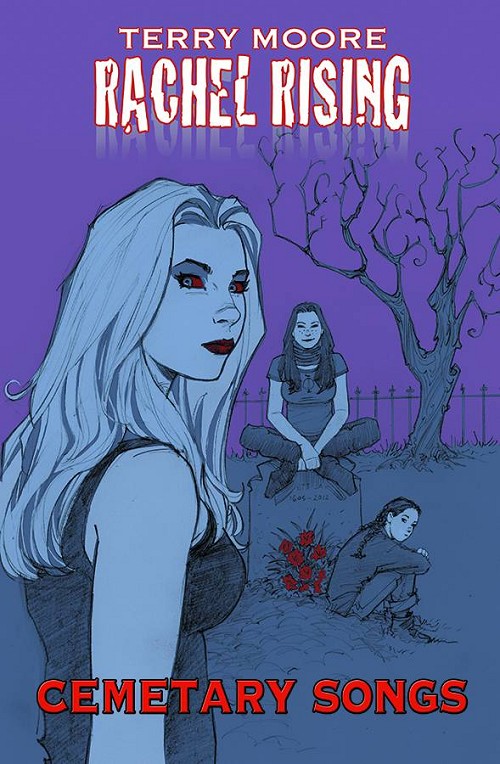 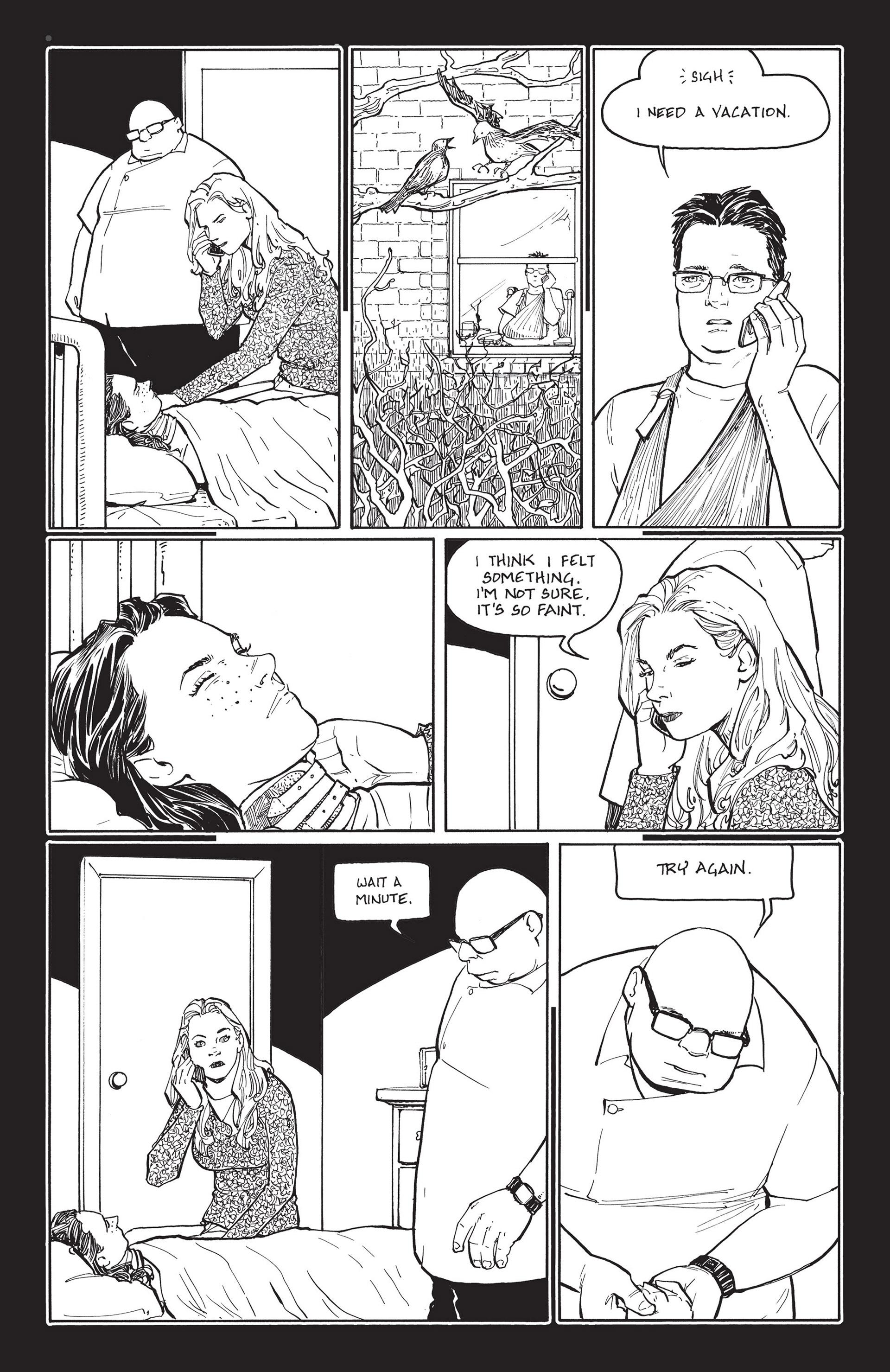 Terry Moore led us into the horror awaiting the town of Manson relatively gently. It’s a trick available to him seeing as he has such an alluring and decorative style of art, but Fear No Malus provided the background to what’s happening, to why it is that Rachel and other women have survived death, why it is that a ten year old girl has been murdering people and how the gruesome events of three centuries previously tie in to the atrocities of the present day.

Early in the book Moore relates what’s happening to the fairy tales of old, the original versions, not the sanitised versions passed down to children, and the horrors they were based on, and its a clever explanation for what he’s doing. Well part of it, anyway, because as the series continues what’s happening in Manson ranges from ancient atrocities to very modern day forms of horror, although it’s the biblical most prominent in this book. At its most visceral Rachel Rising is a story of revenge, but other emotions play into that, with the otherworldly also involved.

All this, however, unfolds at a relatively leisurely pace, and the atrocities generally occur in silence, which serves to provide a false sense of serenity to proceedings, that is until the final chapter, when much occurs in several locations. Moore ensures we really are spoiled for choice when it comes to the most interesting member of the cast. There’s not a dud introduced to date, making Rachel Rising a true ensemble piece. Even the most obviously evil, with a single exception, have been constructed with mitigating circumstances to ensure some sympathy. Theological history is also playing a larger part in the proceedings.

Is there any point to cataloguing the deaths? The rule of thumb appears to be that if any woman under thirty is killed, the likelihood is that we’ll be seeing them again at some stage. By the book’s end there are two women who’ve now been dead three times in a period of weeks.

We move next to Winter Graves, or alternatively all seven volumes of Rachel Rising can be purchased in a single hefty Omnibus edition.