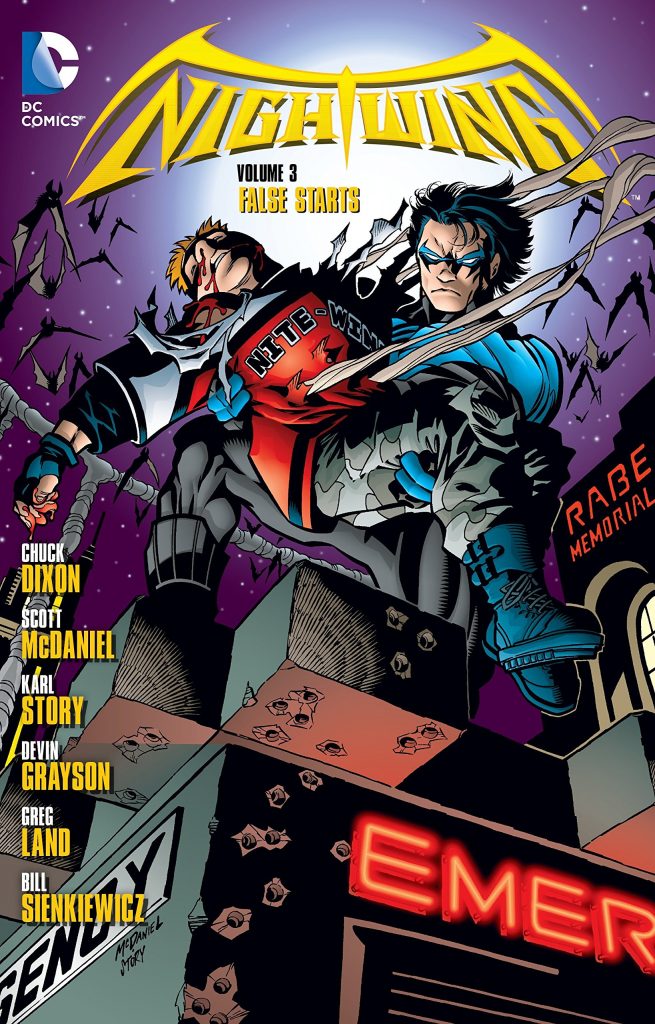 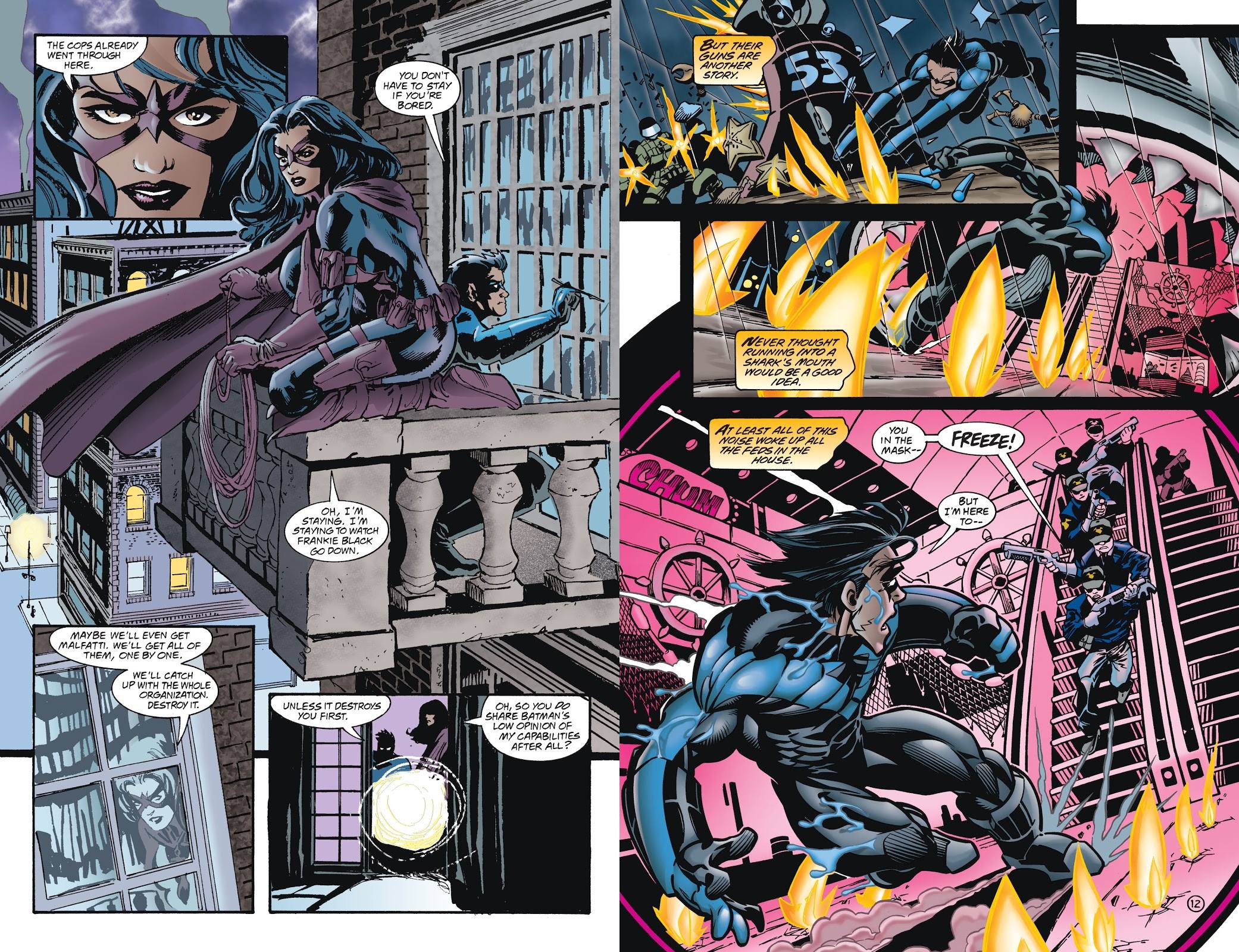 The new editions of Nightwing’s 1990s activities pull in associated material, so interrupting the long creative run of Chuck Dixon and Scott McDaniel, and that’s the case with the teaming of Nightwing and Huntress.

Greg Land’s art featured in Blüdhaven, instrumental in ensuring a regular Nightwing series, and he now draws the Huntress team-up. It’s like no other pages by Land that you’ll ever see. A few women gratuitously posed in sexualised positions point to the direction his art would later take, but it’s largely characterised by clear storytelling and the grit supplied by Bill Sienkiewicz’s inking. In fact some chapters seem to be more Sienkiewicz than Land.

Devin Grayson writes the team-up, beginning by involving only the readers in an intriguing situation that doesn’t work out at all as planned by gangster Frankie Black. The plotting is involving, but Grayson hits the wrong notes when it comes to the personalities. Huntress’ insecurity about Batman’s opinion of her occupies many dialogue balloons, and her throwing herself at Nightwing lacks any credibility. The clever plot, though, carries these four chapters.

McDaniel’s art on Rough Justice was frequently disorienting, so is it Dixon’s joke to have him draw the effects of an earthquake early in the regular continuity? Possibly not as some continuity ties in with Batman’s extended No Man’s Land saga, although here Dixon has greater consideration for readers of his title than writers often have when writing tie-ins. You don’t need to know anything about what Batman is up to, just that he’s missing. That consideration doesn’t apply to a later crossover with Green Arrow. McDaniel puts an incredible amount of effort into showing the devastation around Gotham, but prioritising design over storytelling still hampers comprehension.

The stories move Nightwing back to Gotham for half his solo pages, and Dixon involves him in a series of well-plotted rescue missions. He’s back in Blüdhaven for the title story, which involves the dangerously deluded and overly violent would-be protector of the city seen in Rough Justice, now in a form of costume and calling himself Nite-Wing. Wherever any reader expects that plot to lead, it probably isn’t a form of comedy thriller in a hospital.

Dixon’s now really finding his form on Nightwing, and art that wasn’t as stylised might bring out how this collection is a tight bunch of action thrillers. The best of them is the story before last, as Nightwing heads into Blüdhaven’s cold case file to investigate an unsolved killing from fifteen years previously. The clue solved rather strains credulity, but the remainder is a tight procedural crime mystery. The final story’s conversation between Nightwing and Robin is also entertaining, good enough to be selected for inclusion in Robin the Boy Wonder: A Celebration of 75 Years.

If you’d prefer cheaper used copies of earlier editions, these stories can be found in Nightwing/Huntress and Nightwing: Love and Bullets, although minus the crossover chapters, which at the time were allocated to Batman and Green Arrow graphic novels. Confusingly, Love and Bullets is also the title of the next collection in the 21st century reprints.