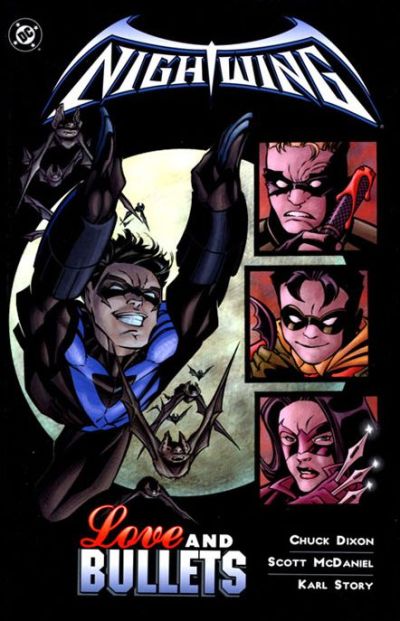 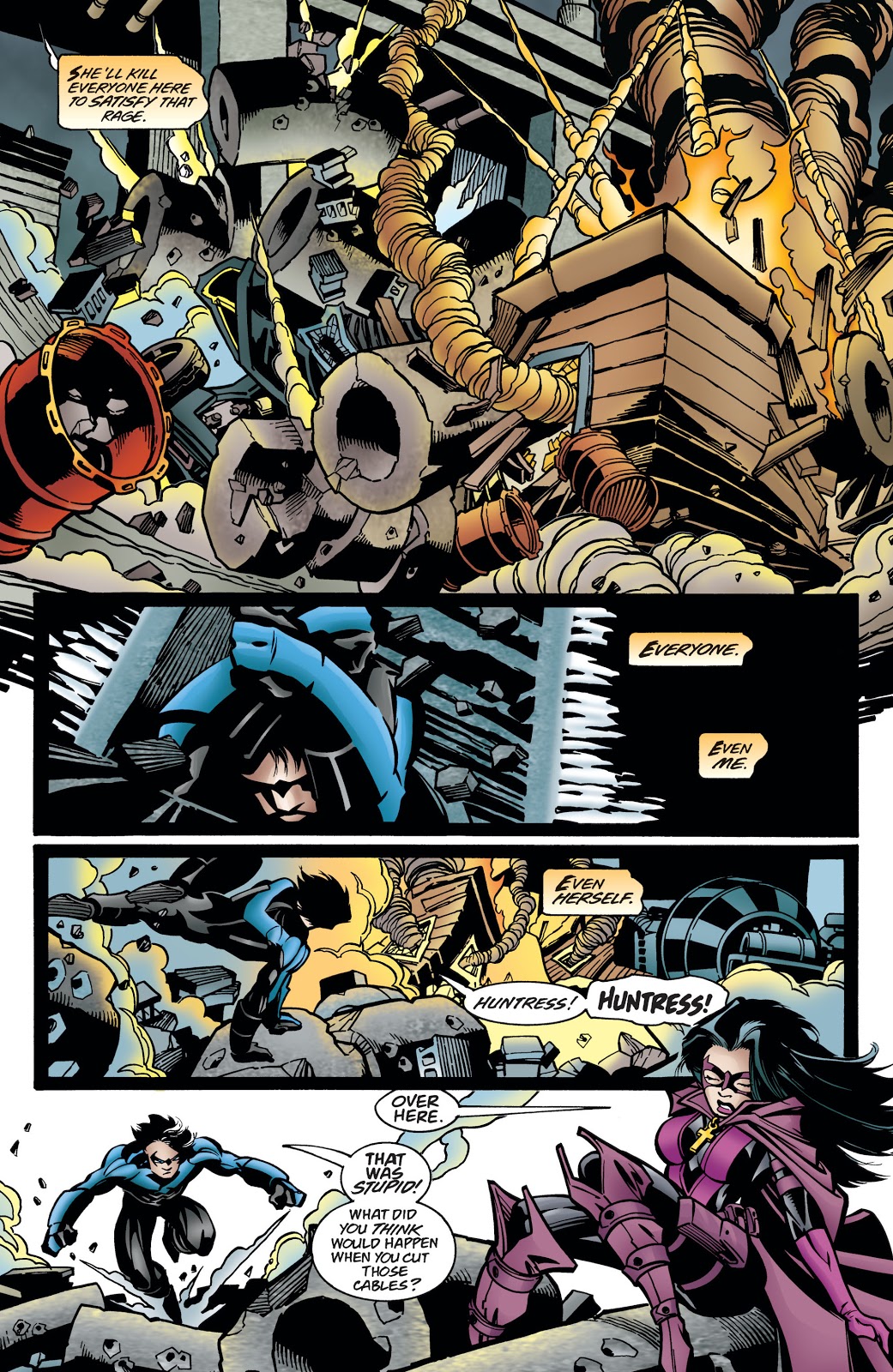 Under Chuck Dixon and Scott McDaniel Nightwing began as a distinctly ordinary series. However, it’s improved, and by this selection we have variety and entertainment, although McDaniel’s art has dated. The talent is there, and there’s no lack of detail, but the style prioritises design over clarity, so there’s no little irony in an early scene requiring him to draw the effects of an earthquake when many of his pages look that way as a matter of course. Elsewhere every page that’s intelligently designed is matched by several where the eye is dragged all over the show, but there are signs of the ratio is decreasing.

Dixon began as a one-note writer, but there’s an admirable diversity to this collection. The opener is a tense and complicated rescue mission, we have what’s almost a comedy set in a hospital providing a very different rescue, followed by an intelligent teaming with Robin (Tim Drake version) as he and Nightwing discuss their relationship with Batman while leaping over moving trains. Dixon isn’t greatly concerned with subplots or foreshadowing, but the few occasions he does indulge develop unpredictably and with a dark humour. An unstable and violent neighbourhood protector has been seen, and eventually decides he’s going to be Nite-Wing, and how that situation plays out is novel, as is the fate of Dexter Soames, seemingly dealt with in Rough Justice, but here reborn. Just not quite as he’d like.

The love aspect of the title refers to the romantic complications set for Dick Grayson. Dixon’s played landlady Bridget Clancy largely for laughs, as someone for Dick to dump at no notice when Nightwing’s needed. It’s been half-hearted, as if Dixon feels the series requires the diversity of a female character, but doesn’t have any purpose for her. The Huntress also drops by in the four chapter closing story. As seen in Nightwing/Huntress, there’s the hint of a relationship, but that’s also forced, and she’s a better character here, unpredictable and single-minded. There may not be much love, but the final four chapters provide a high octane thriller about a power play in Blüdhaven with no-one’s allegiances certain and a nutty villain that Dixon manages to present as a convincing threat.

When DC reissued the 1990s Nightwing stories they were re-aligned, so False Starts restores chapters crossing over with other characters, while the four chapter thriller is carried over to a different collection, confusingly also titled Love and Bullets. That also contains half the next collection in this run, A Darker Shade of Justice.