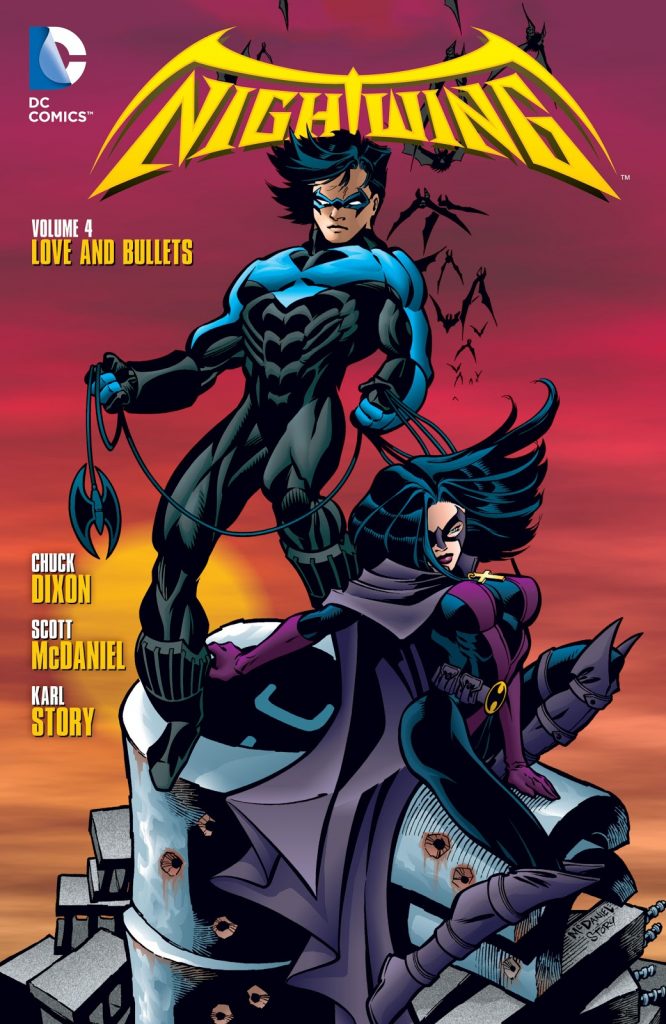 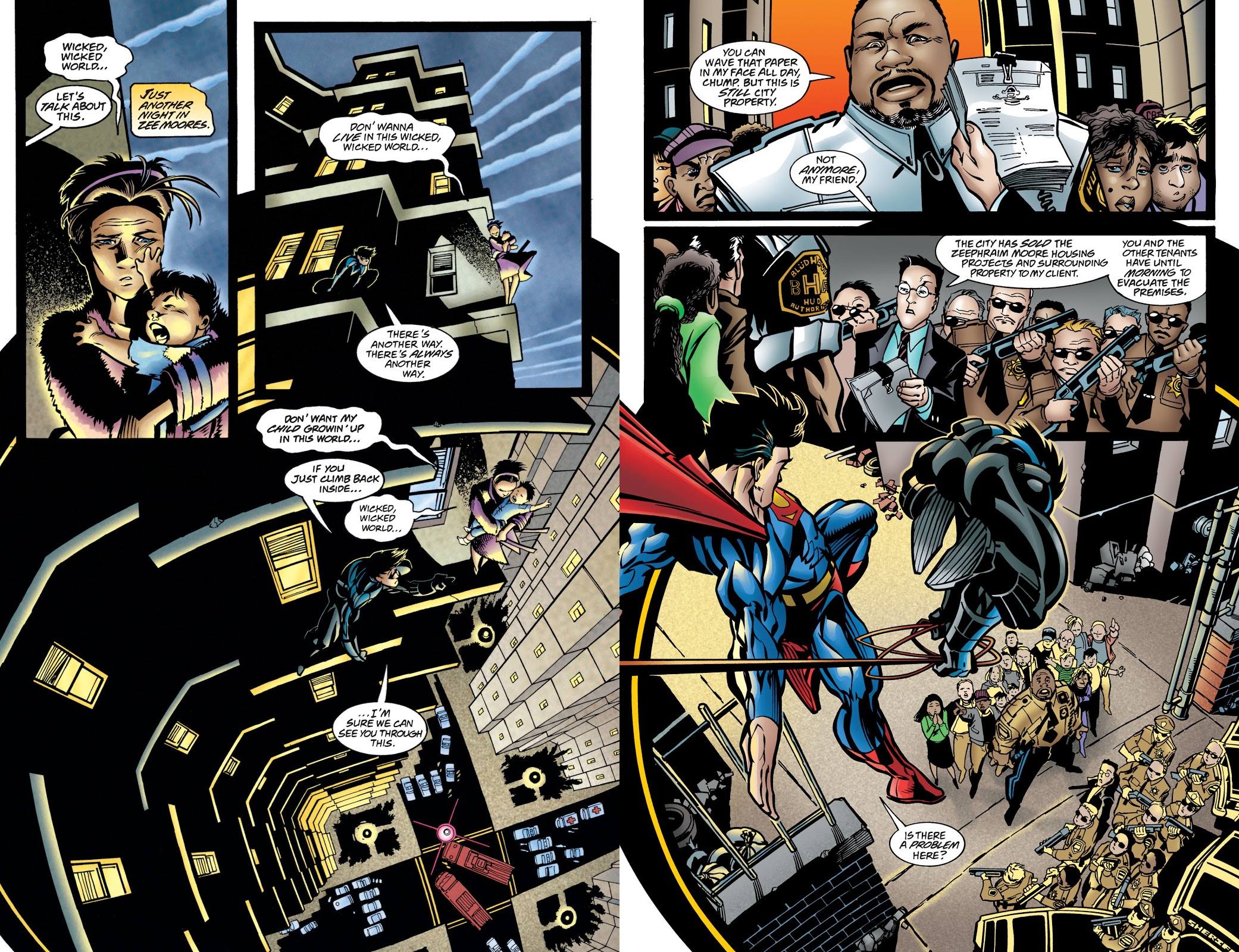 This review concerns the 2016 compilation of 1990s Nightwing stories, and shouldn’t be mistaken for the 2002 collection with the same title, although there is some crossover.

That’s the taut action thriller occupying the first four chapters. After Devin Grayson’s strange interpretation of Huntress’ carnal desires seen in False Starts, she behaves more normally when written by Chuck Dixon, or at least normally for her excessive, vengeance driven personality. She’s part of a frenetic ever-changing series of conflicts where no one party, including the reader, knows what’s going on. What’s certain is that there’s a power play involving gangsters and unions, into which Dixon throws the Huntress and a nutty modification of an old threat. Don’t get too hung up on the detail and it’s a lot of fun.

Before any of that, though, there’s a look at Nightwing meeting the Batman from the 863rd century, which isn’t as intriguing as it might sound. So instead let’s mention the consistently imaginative selection of crimes Dixon introduces to keep Nightwing busy on his way to the main plot. What develops into a heartwarming guest appearance from Superman, for instance, begins with Nightwing tackling a gang who rob the removal trucks of people moving into Blüdhaven.

Other named artists contribute to a single chapter, but the vast majority of the art is by Scott McDaniel, with all the good and bad of his style during the 1990s. The left hand sample page is a well composed and detailed look into the abyss. The right hand sample page also has the detail, but features some gruesome figures. Superhero comics rely on exaggeration, but this isn’t Plastic Man. McDaniel’s ability to tell the story has improved over the run, but he can’t reconcile it with the overall style.

Around halfway through, Dixon drops a big surprise concerning Dick Grayson’s new career. It’s funny, yet completely logical in a city where corruption is entrenched, and certainly opens up a host of new plot possibilities as the series moves on to The Hunt for Oracle. That once again shares a name and some content with an earlier Nightwing collection.

If McDaniel’s art wasn’t as distorted this would be a selection of very readable stories, but attention is constantly pulled away to another example of style prioritised over sense. The final pages are a selection of encyclopedia style articles and illustrations building a complete picture of Nightwing, his world, his history, his enemies and his targets, preceded by Dixon and McDaniel running through some of that history in the form of a dream.