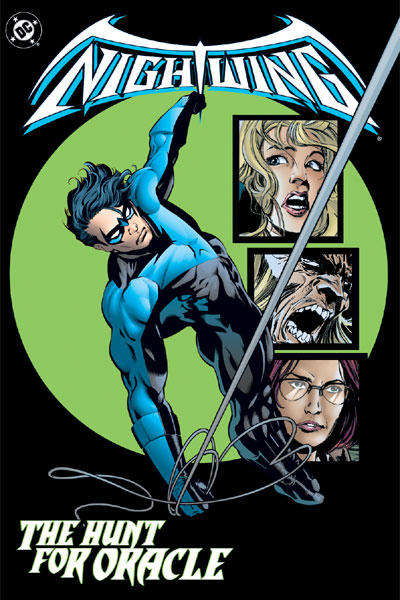 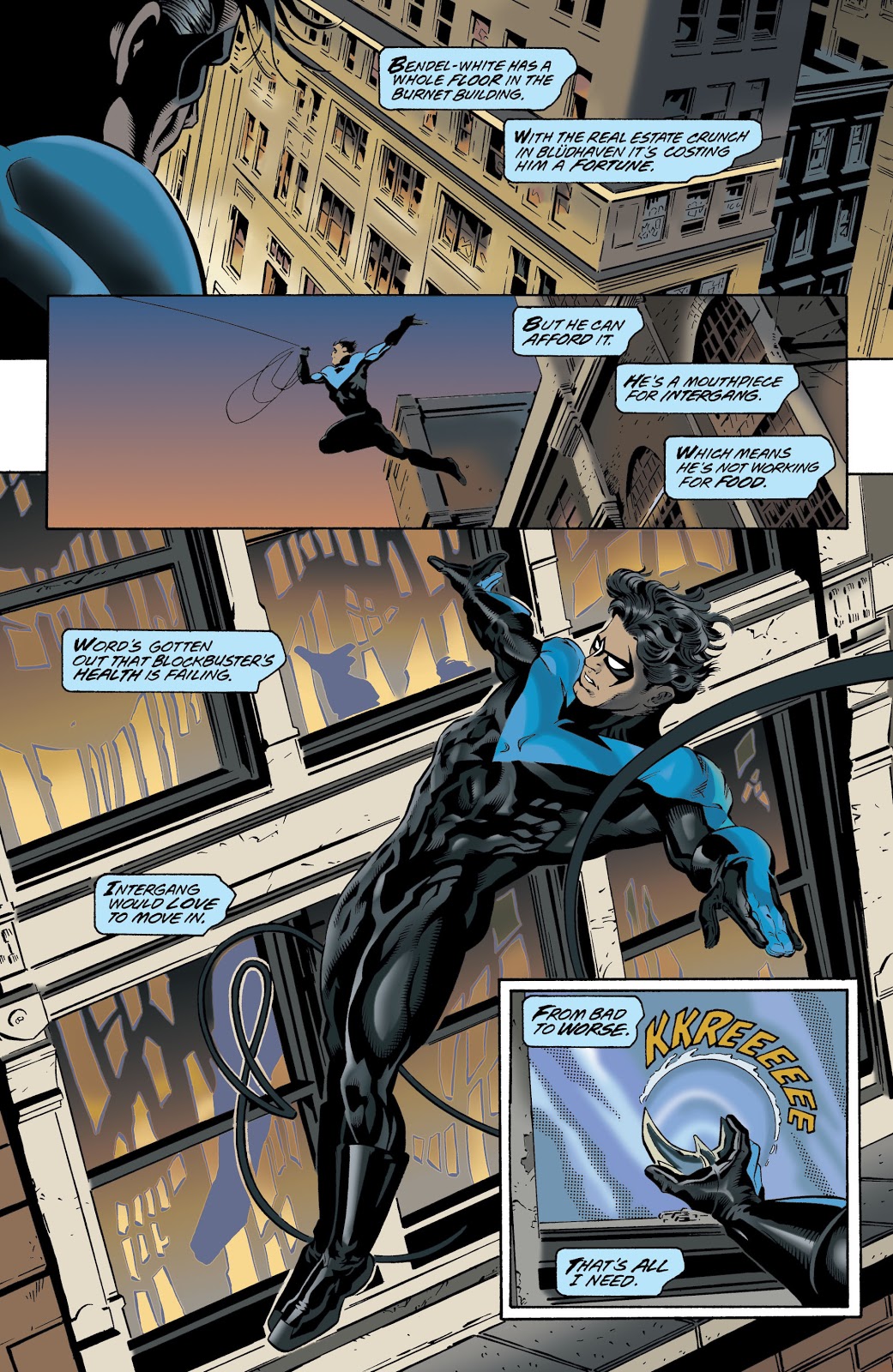 What a welcome change to crack open The Hunt for Oracle and discover Greg Land now drawing Nightwing’s adventures. Back in Ties That Bind he was the artist who drew the first Nightwing solo and while there are hints of his objectification of women, there’s also poise to his action and a return to classic storytelling. Land isn’t able to maintain the same schedule as his predecessor Scott McDaniel, so there are fill-ins from other artists, here the competent Patrick Zircher.

It’s a while before we reach the title story, before which Chuck Dixon moves forward a couple of plots neglected by Nightwing’s visit to Gotham in A Darker Shade of Justice. After the opening chapter Dick Grayson’s a qualified police officer, although a job in Blüdhaven is a little harder to come by, following which there’s a confrontation with his namesake Nite-Wing. Dixon’s built him up well because there’s no predicting which side of the line he’ll straddle. He comes across like a boy whose intentions are good, but is he for turning? He’s certainly gung-ho.

The way Dixon slides into the title story is smart. Blüdhaven’s crime boss Blockbuster discovers Oracle has been hacking away the contents of his bank accounts, which isn’t something he intends to have continue. He’s convinced Nightwing has the information about Oracle he lacks, which leads to both his involvement and that of the Birds of Prey, accounting for Butch Guice as artist. He’s not quite the polished master of shadow he became, but gives Land a run for being the best artist in this collection. ‘The Hunt for Oracle’ plays out on two fronts, Blockbuster directing his minions committing assaults for information, and another set of hackers to track Oracle via the web. Neither system works as well as he’d like as Dixon weaves a consistently twisting thriller involving around a dozen characters over six chapters of solid superhero entertainment. It’s resolved, and there’s a clever twist that switches the plot from Nightwing to Birds of Prey, where there was also a Hunt for Oracle collection. The probable disappointment is that events play out in Birds of Prey issues as yet never collected as a graphic novel, and seeing as the last collection of Dixon’s Birds of Prey was issued in 2017, the prospects of seeing it become ever dimmer.

In 2003 perhaps DC had a good reason for dropping an issue from Nightwing’s regular continuity when providing collections, but human error is the likelier explanation. It’s restored to the bulkier 2016 version of The Hunt for Oracle, featuring all this content plus half the material from A Darker Shade of Justice. Big Guns is next.