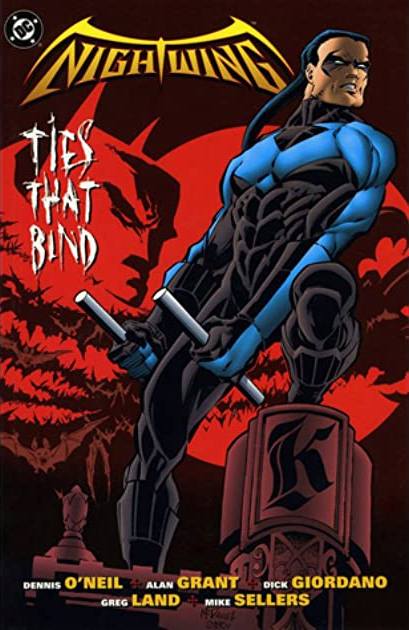 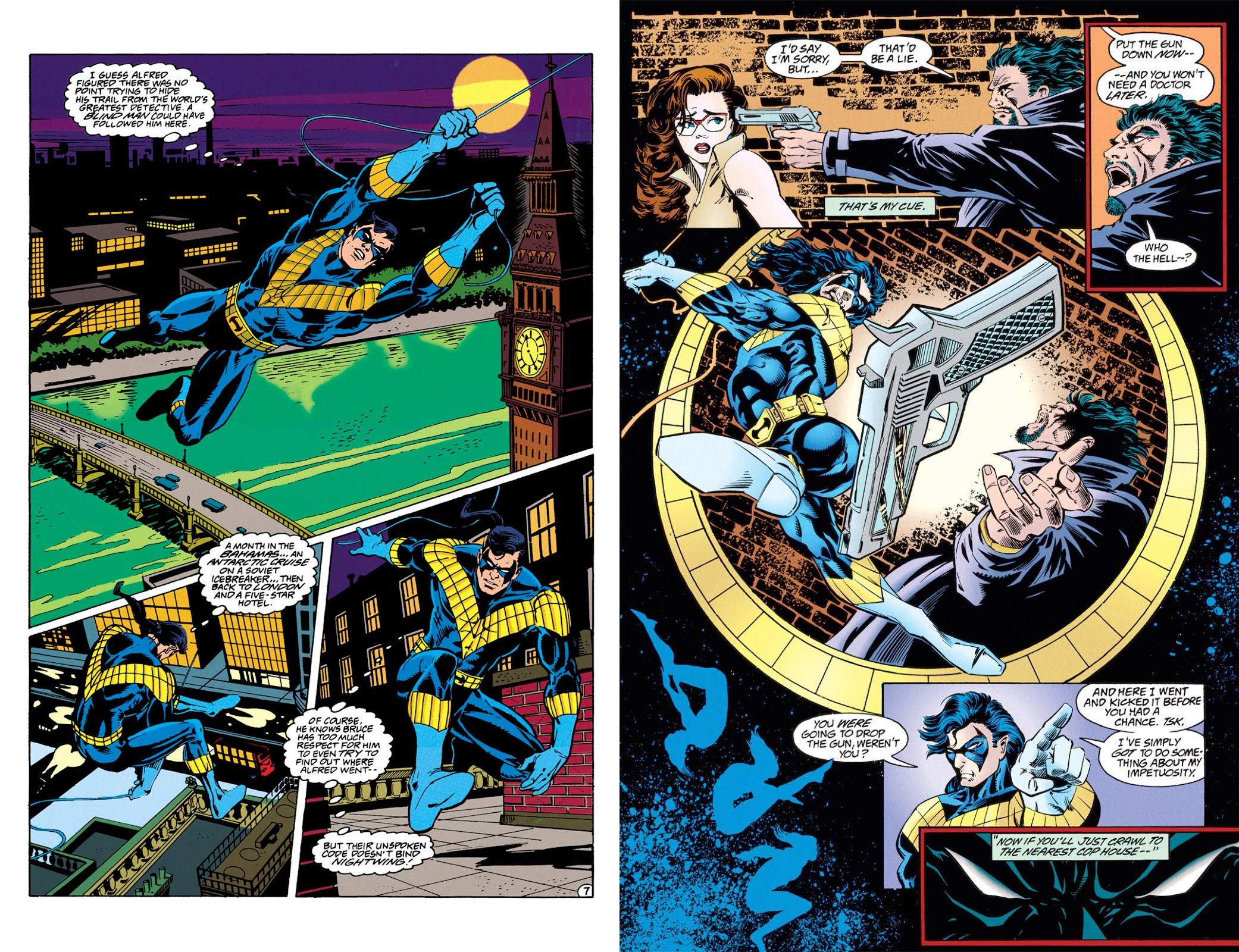 That Nightwing was once Robin is now as relevant as the Penny Farthing, Milli Vanilli and Burma Shave, but Robin Dick Grayson once was, and although he’d built a substantial following as Nightwing among the New Teen Titans, it took DC a decade to test the waters with solo material. Ties That Bind collects the earliest of it from 1995.

The 1990s means Nightwing with a pony tail, which only looks slightly better than Superman’s mullet of the era, and his opening story here concentrates more on Alfred Pennyworth, the Wayne family butler, who’s returned to London. Alan Grant’s story is smart, Dick Giordano’s art aiding with this in ensuring the audience pick up on details that Alfred doesn’t when he’s reunited with the woman who left him at the altar years ago, and meets her troubled adult son. For British readers there’s no subtlety to the main villains Grant introduces, but perhaps they play better for an American audience where their imperialist motivations need greater explanation in what’s a functional story, nicely drawn.

Seeing Greg Land’s art in its developmental stages over the longer story is interesting. He’s experimental with panel shapes and page designs, and while that occasionally complicates the story, it’s a bravura performance supplying plenty of cheesecake shots, although this early in Land’s career they’re largely of Dick. Land’s also very observant when it comes to clothes, so in hindsight every page is a fashion disaster area, the most egregious crime being the long rat’s tail hair he lands Nightwing with. Denny O’Neil’s also heavy on current technology, which is now also amusingly dated.

After an opening sequence Dick decides to give up being Nightwing, so the second story reaches almost halfway with him as a civilian, dating the woman he’s rescued from a mugging and investigating newly revealed circumstances about the death of his parents. O’Neil then opens matters up, sending Dick to deal with an Eastern European dictator in a new costume. While very much is of its 1990s time, O’Neil’s basic plot is tight enough to ensure all the emotional beats are hit so this can still be read.

The four chapter O’Neil and Land collaboration was later incorporated into the Blüdhaven collection along with subsequent work by Chuck Dixon and Scott McDaniel. That’s also collected separately as A Knight in Blüdhaven. 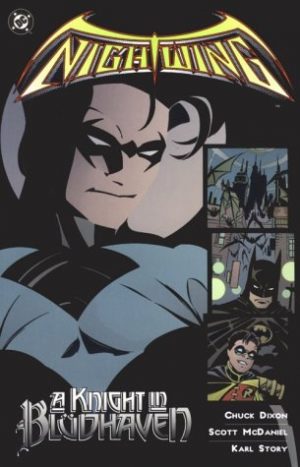 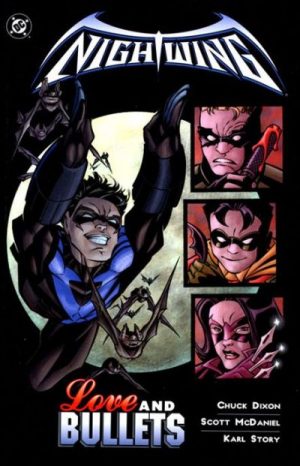 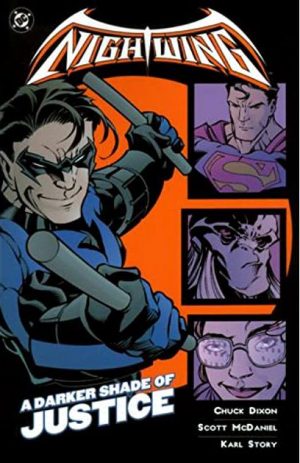