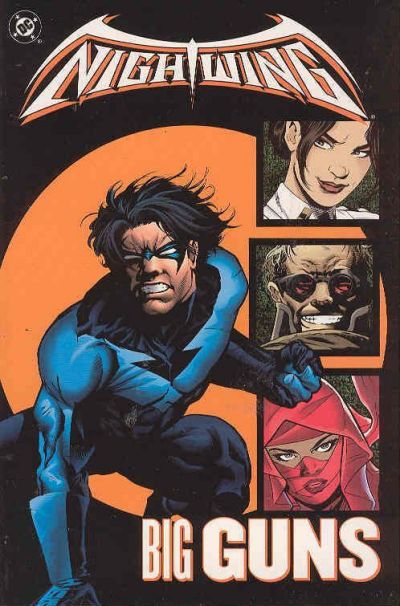 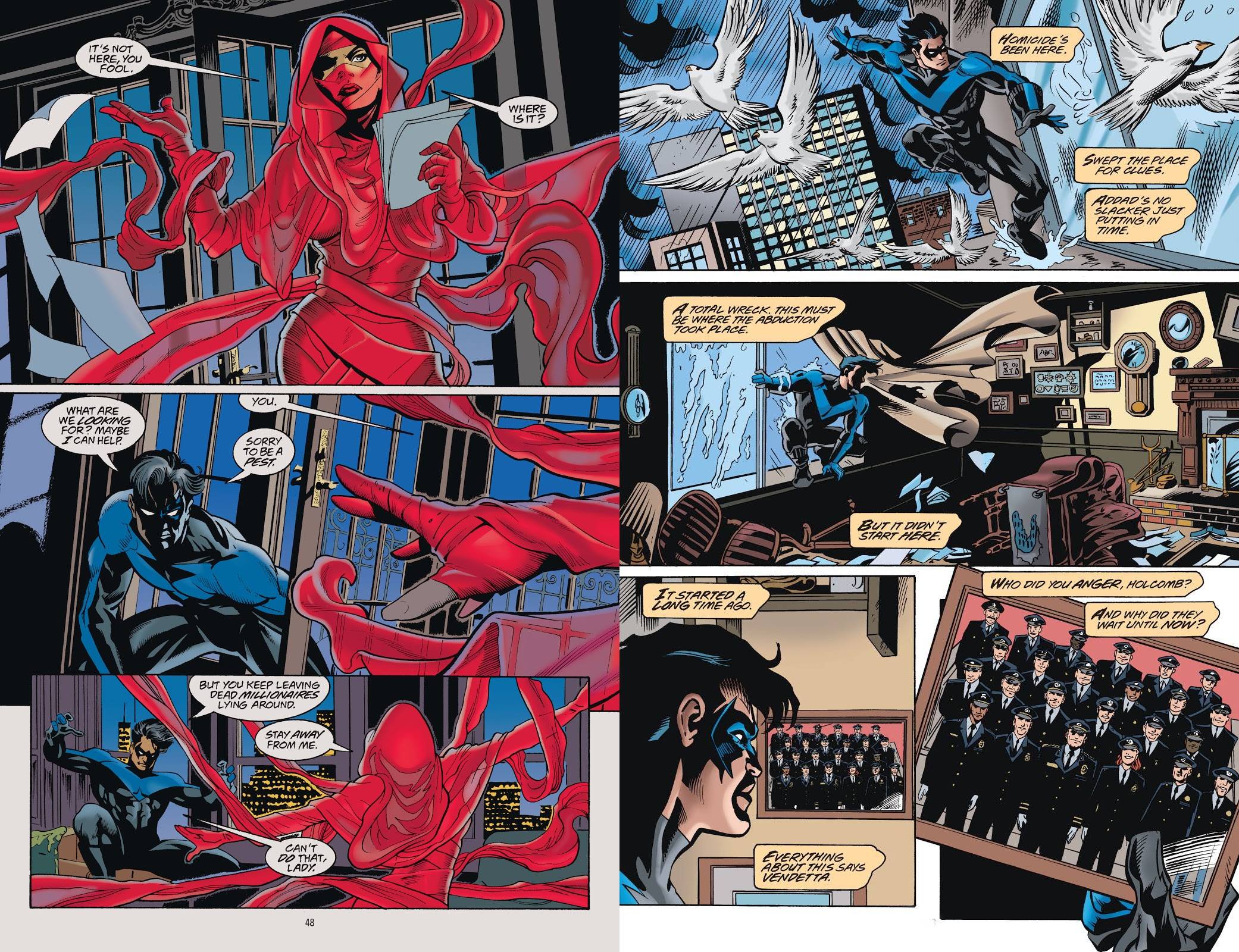 Since the start of Chuck Dixon’s tenure on Nightwing he’s used Dexter Soames as a slippery villain. He began as a corrupt police officer, survived death and was transformed into a grotesque, but there’s an admirable tenacity to his criminal ambitions, and the big guns of the title are in his possession. Since the events of The Hunt for Oracle have sidelined Blockbuster, Soames sees an opportunity, beginning with Blüdhaven’s corrupt police department whose Commissioner is among the missing.

Dixon’s second thread is Dick Grayson starting his job on the police force, although his night activities as Nightwing mean sleep is at a premium. As Nightwing his primary threat is a woman costumed in a distinctive fabric murdering industrialists. What that fabric can do pushes her into the super-powered category, and artist Greg Land makes the most of the mesmerising red swirls accompanying her. It’s the equivalent of what a good artist can do with Doctor Octopus’ metal arms.

At their heart there’s a simplicity to Dixon’s plots, but they deliver what’s needed. He’ll move everyone into the right location where all hell will then break loose, and the result here is a taut and very readable action thriller. Another is intended over the seventy pages of ‘Hella’, featuring the arresting start of Blüdhaven’s former police commissioner strapped into a wheelchair, his legs amputated and set loose rolling down the motorway. A further gruesome aspect is supplied by a killer branding their victims, although forensic scientists would fault Dixon’s research about branding letters or numerals with enclosed sections (a, o, p. 8 etc). This mystery of a present day vendetta concerning past events is stretched too far without enough plot to justify the length, although it picks up pace once Dixon’s finished explaining who the villain is. A clever aspect sees the return of a character presumed long gone, and there’s no problem with Manuel Gutierrez’s art, but despite the tragic backstory this doesn’t have the compelling qualities of Dixon’s best Nightwing work.

All of Big Guns’ content was later absorbed into Nightwing: To Serve and Protect, along with the opening chapter of the following On the Razor’s Edge.