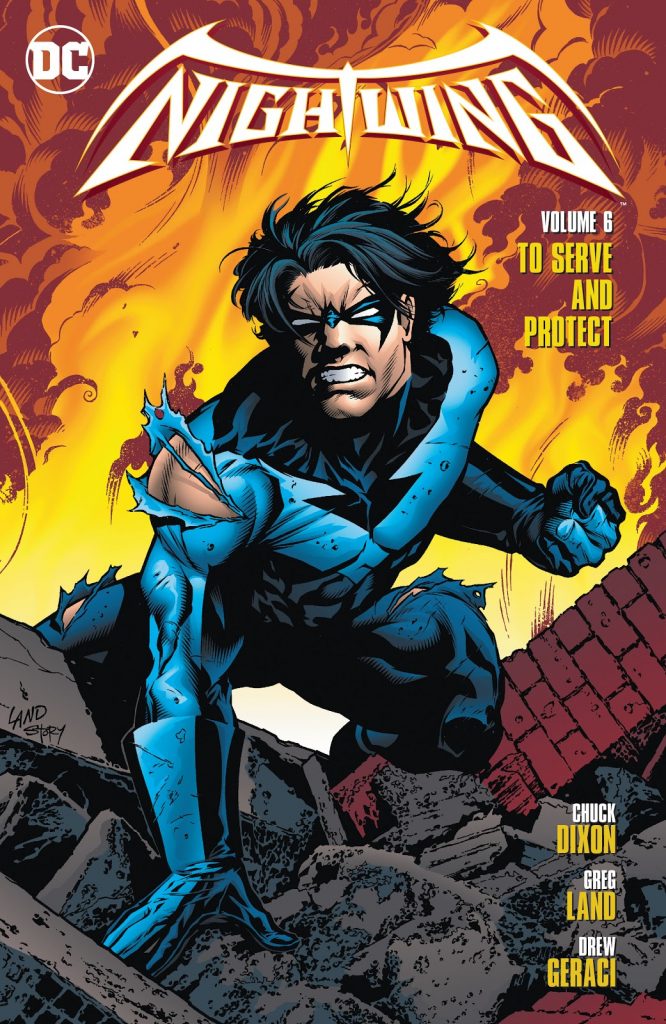 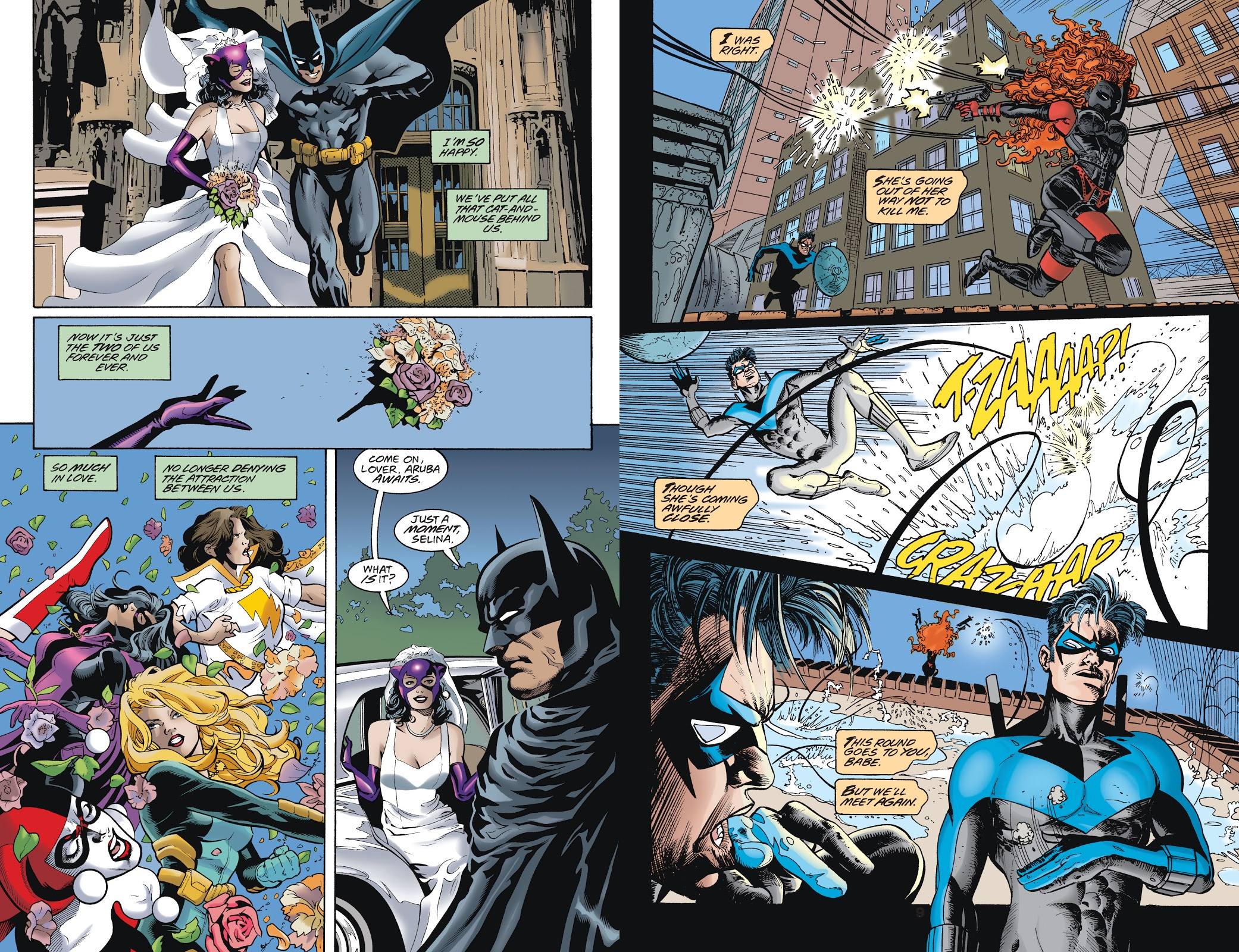 The title, of course, represents the motto of US police departments, one not taken very seriously in Blüdhaven where Dick Grayson is a newly qualified police officer, his absence during events related in The Hunt for Oracle notwithstanding. Dick aims to sort through police corruption from within, but his appointment is suspicious to his supervising colleague who considers his fast track into the force evidence that he’s just another crooked cop.

Most of To Serve and Protect involves the Blüdhaven police directly, their corruption coming back to haunt them in a number of ways, none more so than former Commissioner Holcomb, introduced strapped to a wheelchair and barrelling down the motorway. There’s no doubt about the villainy of former cop Dexter Soames, a persistent threat to Nightwing and Blüdhaven, and with the also corrupt police chief missing, Soames sees an opportunity. So does ambitious and bent Mac Arnot, also newly qualified, yet rapidly in a position of power. Thankfully Chuck Dixon’s on hand, his plots ensuring none of their scheming plays out as planned. Normally Blockbuster would be able to keep a lid on matters, being the pinnacle of Blüdhaven’s criminal pyramid, but Dixon’s also managed to place a considerable restriction on his activities.

As drawn by Manuel Gutierrez, Greg Land and Patrick Zircher, all this content was previously issued as Big Guns, and is largely satisfying action accompanied by shorter, yet absorbing character moments. It’s the four chapter Hella story that doesn’t quite hit the usual quality mark. Despite the creative wheelchair opening, there’s too little plot for the page count, and although the second half of the story picks up the pace, the first half has too much explanation and not enough movement.

After that’s done with, Dixon returns his attention to Tad, formerly Nite-Wing, who’s been on a long dark journey since his introduction. He’s been one crazy, mixed-up kid, and in the company of artist Kieron Dwyer we learn why that is. What begins with Dixon intending to induce a wry chuckle develops into something else entirely, and is more relevant now than in 2000, as the dumb, white and angry have an entrenched presence. It’s a smart and memorable alternative version of the Punisher’s attitudes.

Land’s sample art isn’t exactly representative of Catwoman’s trip to Blüdhaven, but it’s a nice page. It does represent what seems like Dixon’s odd interpretation of Selina Kyle until it’s remembered that the story was produced during the dying days of Jim Balent’s objectified 1990s Catwoman, before Darwyn Cooke’s makeover. She’s the narrative voice in what’s a caper plot that doesn’t quite have the intended charm.

An inconsistent collection closes with Devin Grayson and Rick Burchett’s contribution. It’s a single nicely drawn chapter making little sense in isolation, and better read with the remainder of the story in Batman: Officer Down, although that’s a plot of too many cooks.

At its best with Tad’s tale and the opening chapters, To Serve and Protect remains very readable, but the good material is surrounded by average content. Shrike is the next volume.