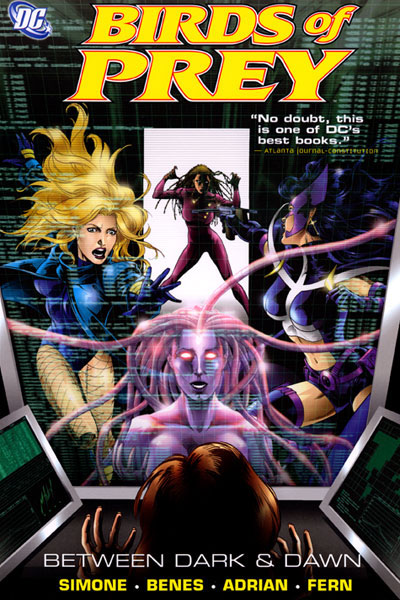 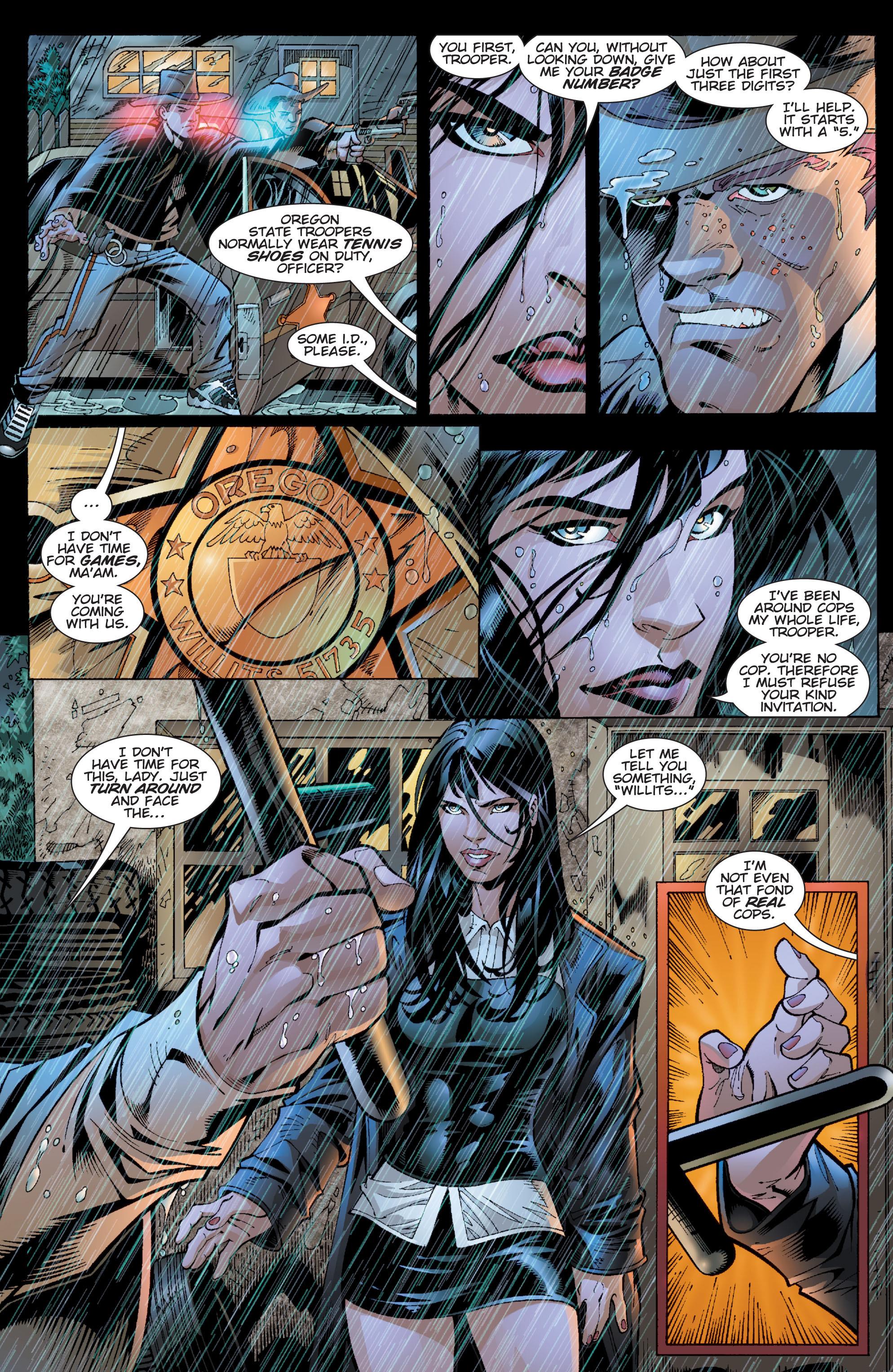 Gail Simone’s two preceding book length plots for Birds of Prey enthralled and surprised, taking directions only friends of the author might suspect, and Between Dark and Dawn follows that pattern while being a completely different kind of mystery. She’s settled on Oracle, Black Canary and Huntress as the recurring cast, with others drafted in as required. There is one other, but their participation surprises whenever used beyond their first appearance in Of Like Minds, and Eduardo Barreto draws a fine closing chapter introducing a new team member. It’s appropriately sentimental, but while contextualising the character and updating them, it’ll mean more to those who’ve followed DC superhero comics for years than to newer 21st century readers.

The Birds of Prey begin by investigating the seemingly connected suicides of three teenagers, all with rich parents, and all killing themselves in the costumes of already dead superheroes. The connection is a newly founded and tech-savvy cult. We don’t discover who’s behind it for some while, but it’s enough to say they’re way above the threat level Birds of Prey customarily cope with.

Overall this doesn’t quite match the previous two books. There’s slightly less mystery, and ramping up the threat level removes some credibility. What works is the characterisation, which has been the strongest element since Simone began writing Birds of Prey. She’s instituted a camaraderie and a trust, but most of all a bond that runs deep. This is best exemplified by the penultimate chapter in which Black Canary and Huntress infiltrate a henchman’s meeting and Oracle learns the consequences of a plan she set in motion.

For all the clever scripts and top class characterisation there’s a major problem with Birds of Prey. It’s the art. Regular artist Ed Benes can draw action, character scenes and a good environment, but what is presumably his design for Huntress’ costume is exploitative, impractical and stupid. The bare midriff and thighs don’t indicate a crimefighter, but a desperately available woman in fetish wear, and Benes can only rarely resist a bum shot. Ron Adrian draws every other chapter, and his art is more detailed, but less accomplished, and he’s far worse when it comes to objectifying women. They’re permanently pouting for one. Then Black Canary arrives for hospital visiting hours dressed as if enticing suckers into buying overpriced drinks at a bar, while Barbara Gordon’s had footballs grafted to her chest.

The final chapter removes Gotham City as a base, and provides the means for different way of operating Birds of Prey, which leads into The Battle Within.