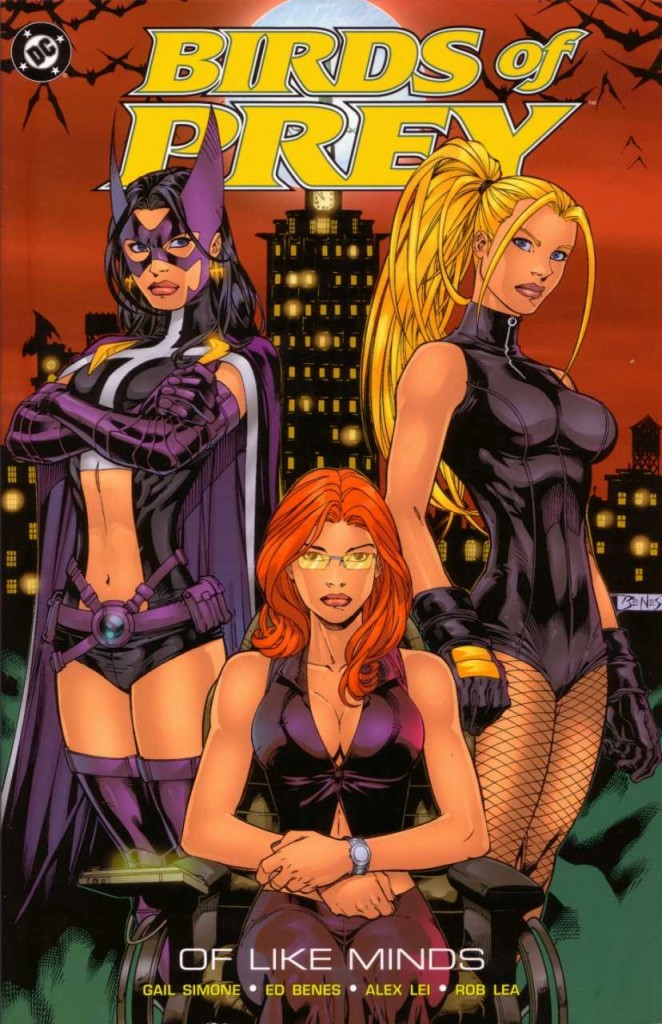 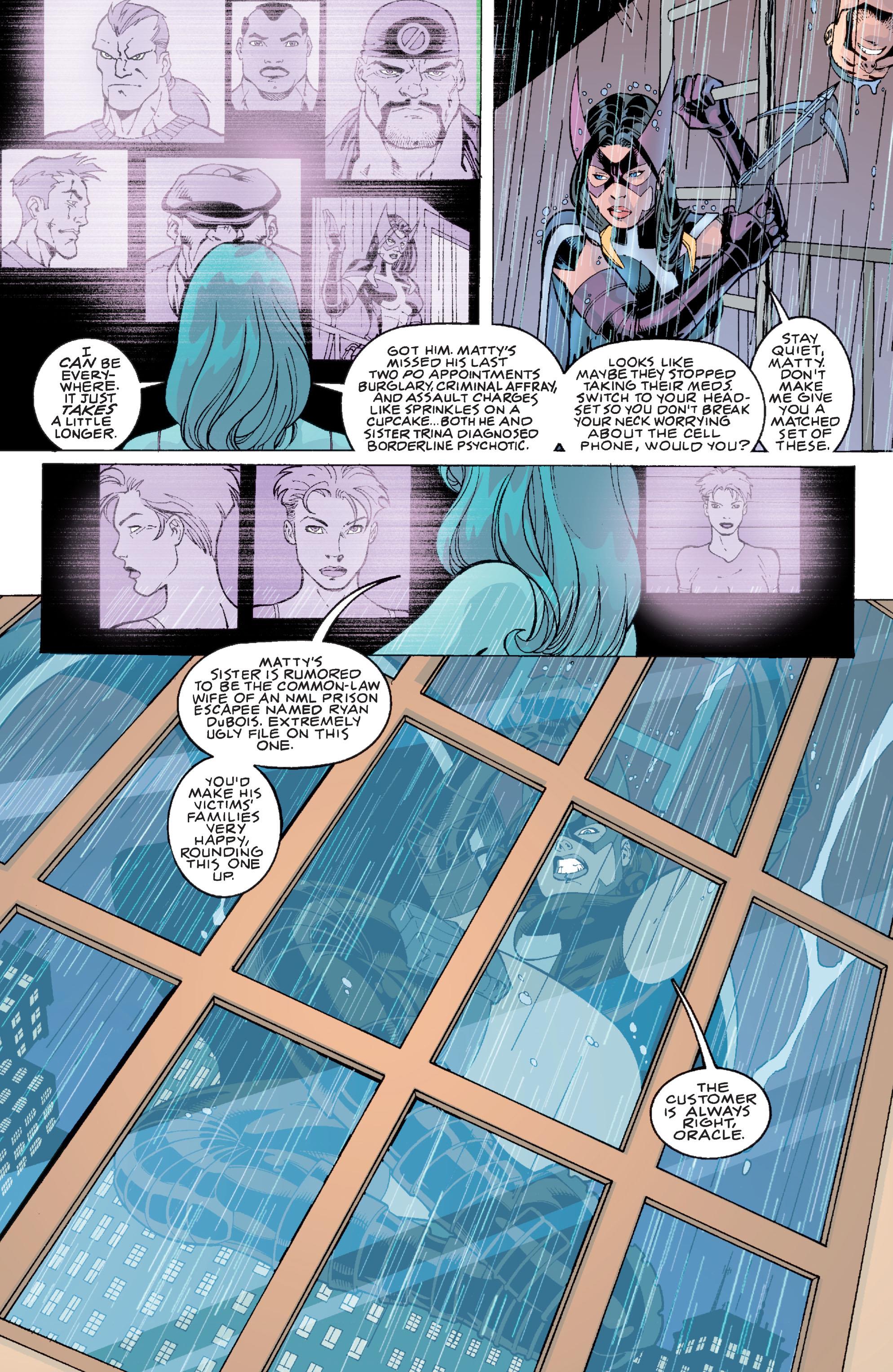 Perhaps it was just coincidence, or perhaps an obvious rectification, but despite running for over four years, Birds of Prey only really took flight when a female writer assumed control of this all-female mission squad.

Gail Simone makes a mightily impressive start, with an introductory sequence in which a greedy company CEO is taken to task, and continues with a conversation about the ethics of Barbara Gordon’s methods as Oracle. That segues into a realisation that a mistake has been made, there’s a race against time to rectify it, and a satisfying twist. Cue chapter two in which the Huntress returns.

Ed Benes’ art is problematical. He’s very good, his cartooning more naturalistic than stylised, but his men are preposterously muscled and he just can’t resist those gratuitous crotch and bum shots as far as the Black Canary and Huntress are concerned. It means anyone who might otherwise consider this a female-positive book may well be offended by the objectification. This is a pity as Simone references a previously contentious event from Black Canary’s past and, in subtle fashion, makes good use of the experience.

She’s also good at building up the villain of the piece, who initially comes across as arch and showy, but the clues have been there, and his conversations with Oracle take a sinister turn.

It’s a rare writer who hits the ground running in this manner, most needing time to settle in, but any problems for Simone are minor (someone all too easily duped towards the end). Of Like Minds is fast paced, unpredictable and well scripted, and delivers a more convincing friendship between the main cast than had previously been the case. They don’t necessarily all trust each others, but when the chips are down…

This enthrals from start to finish, and whets the appetite for Sensei and Student. In 2020 DC combined both in a bulkier collection titled Murder & Mystery to coincide with the Birds of Prey film.