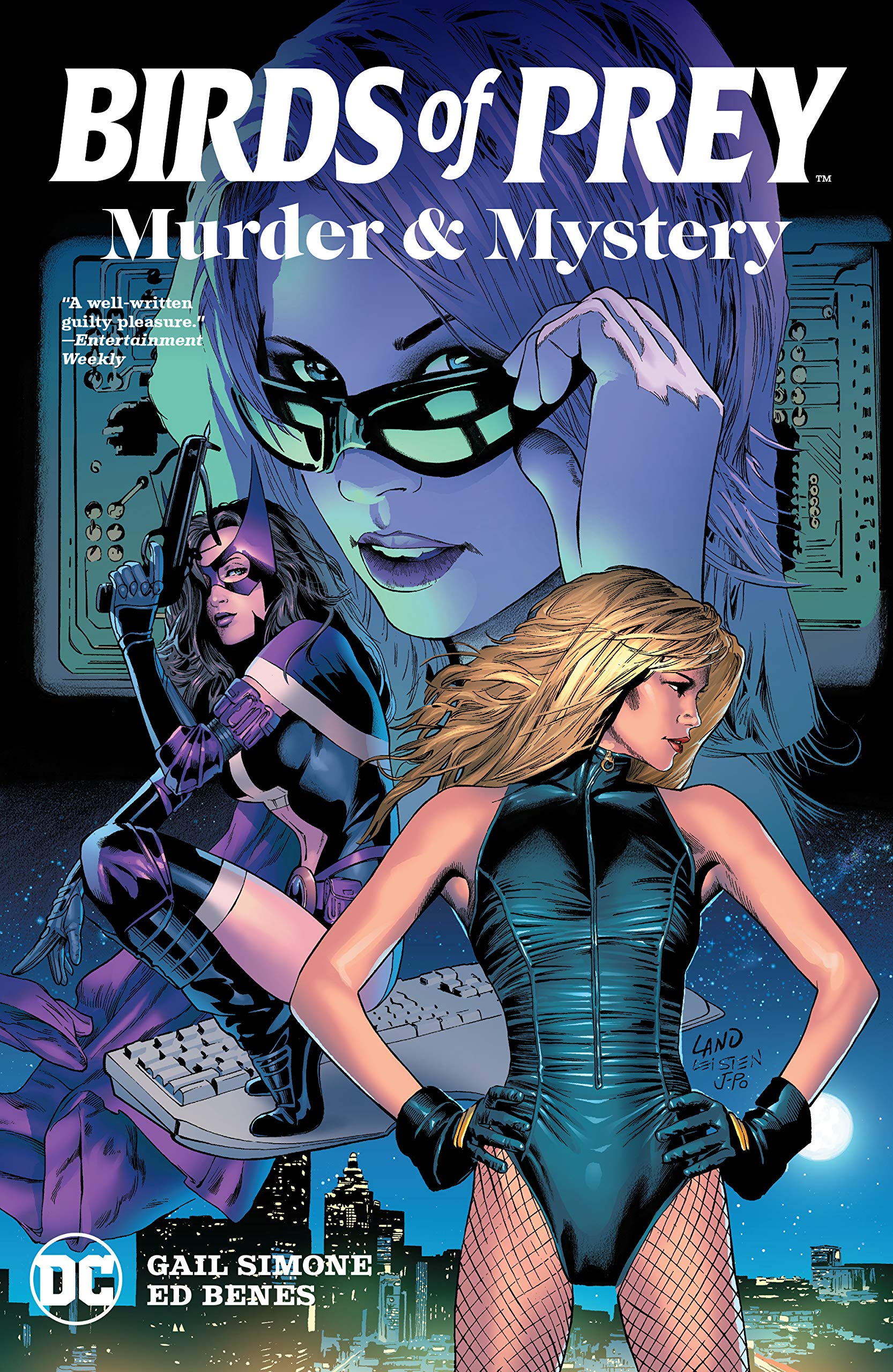 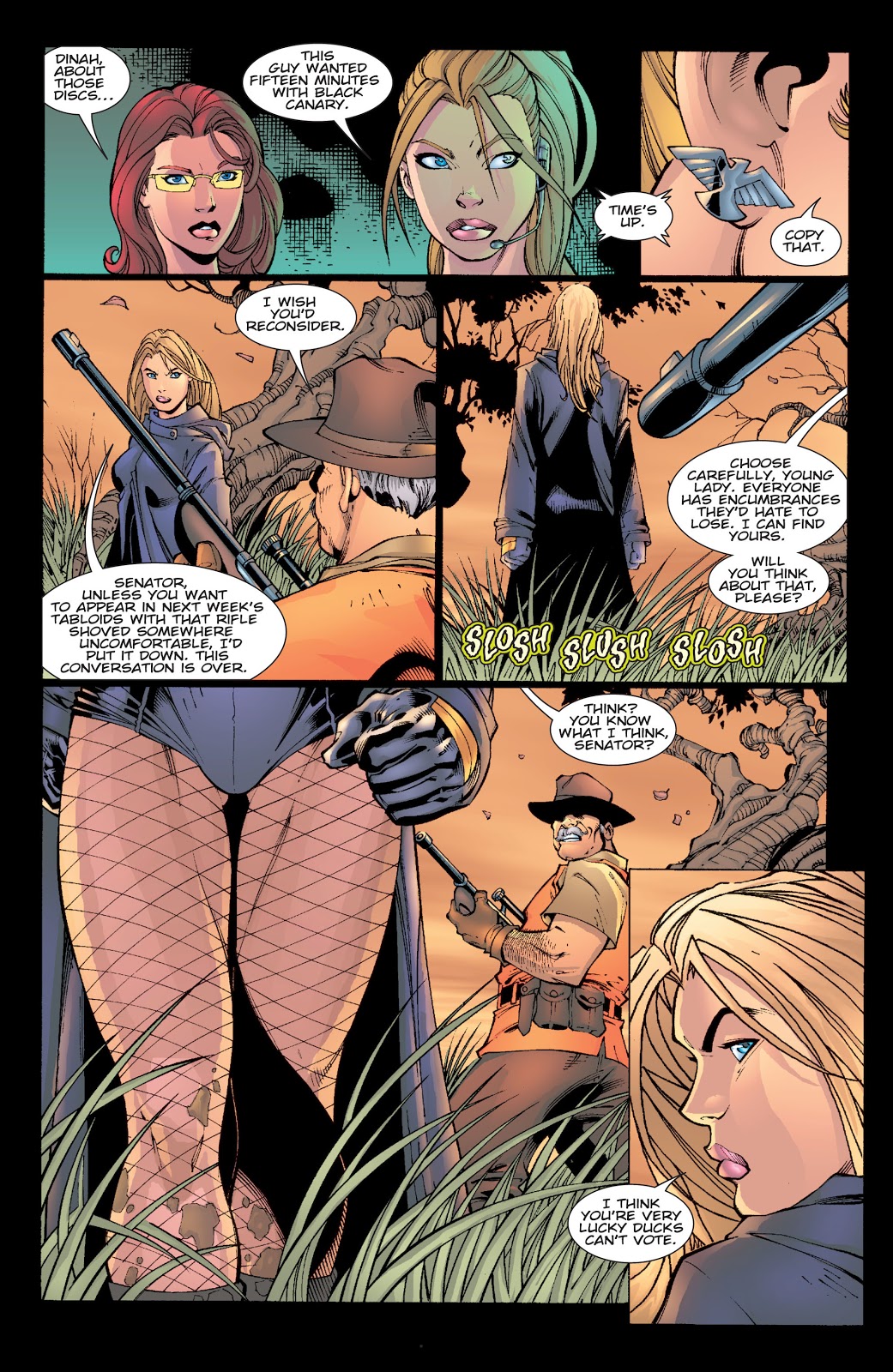 It would be unfair to say Birds of Prey wasn’t a success before Gail Simone became writer in 2003, after all, the series had run for over four years by then, but the all female mission squad only really took flight with the appointment of a female writer.

What was immediately stronger was the bond between Oracle and Black Canary, now conversing more naturally, and pages allocated to develop their friendship. With just the pair of them Birds of Prey was short staffed, so Simone adds Huntress and her surly attitude to cement what became the classic line-up. She makes a statement from the opening scene of a sleazy businessman being given what he deserves, and follows that with a conversation about Oracle’s ethics, before a plot with a villain who’s deliberately arch and overconfident, yet used interestingly later in Simone’s run.

The considerable benefits that Simone brings are almost undone by the art. Most of it is by Ed Benes, and it’s a struggle to find a page where he’s not objectifying the primary cast. As seen by the sample art, he poses them to show off breasts, bum or crotch, although being confined to a wheelchair ensures Oracle avoids the latter two. Black Canary has previous experience with contentious exploitation (see Green Arrow: The Longbow Hunters), and there’s an irony about Simone referencing this for valid character building when Benes is drawing her exploitatively. Not that Simone should have an entirely free conscience, scripting a scene where a woman sleeping in a nightie ends up fighting for her life in a swimming pool, knowing full well by then how Benes would interpret the sequence. Benes’ overly muscled men are as ridiculous as his posed women, but the layouts show an artist who knows what they’re doing, and the figurative cartooning he adopted for Birds of Prey would be attractive if not for the exaggeration. Cliff Richards contributes some pages in a notably less exploitative manner, but the artistic highlight is an all too rare 21st century story drawn by the mighty Michael Golden.

Murder & Mystery is a repackaging. A slimmer paperback titled Of Like Minds originally gathered the opening chapters, and only the final chapter is missing from Sensei and Student. That’s in effect two separate stories in one over six compelling chapters. While Oracle struggles with someone capable of breaching her formidable computer defences, Black Canary visits a dying friend, also a mentor who taught her most of her fighting skills. What she didn’t know is that he also trained Lady Shiva, who’s become an assassin with a dangerous reputation. Simone then introduces someone skilled enough to match them both. This ties in efficiently with what was surely presumed as the standalone earlier plot, makes space for a Golden’s lovely look back at the original Black Canary in the 1940s, and is generally unpredictable by forcing the cast into interesting moral corners.

If you’ve previously wondered why people raved about Simone’s Birds of Prey, this bulky paperback is a great sampler, thrilling, entertaining and dramatic. Further bulky collections are surely planned, but if you’re hooked Simone and Benes’ work continues in the recommendations. 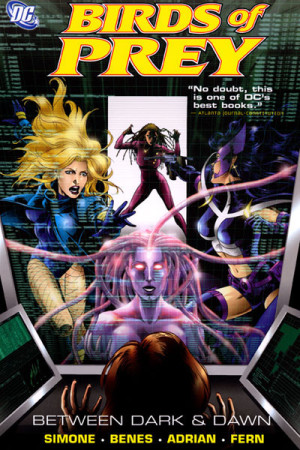 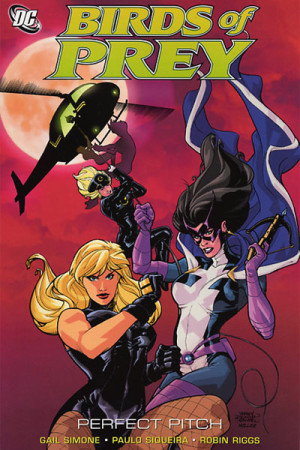 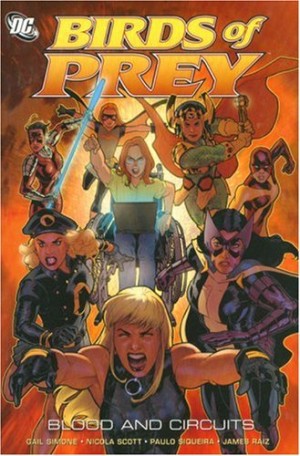