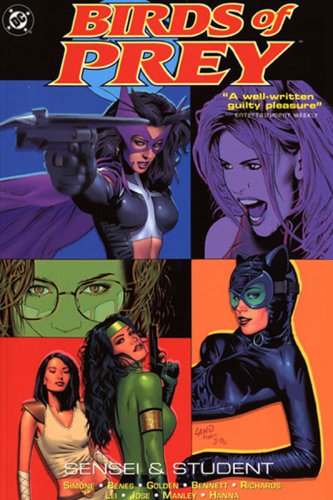 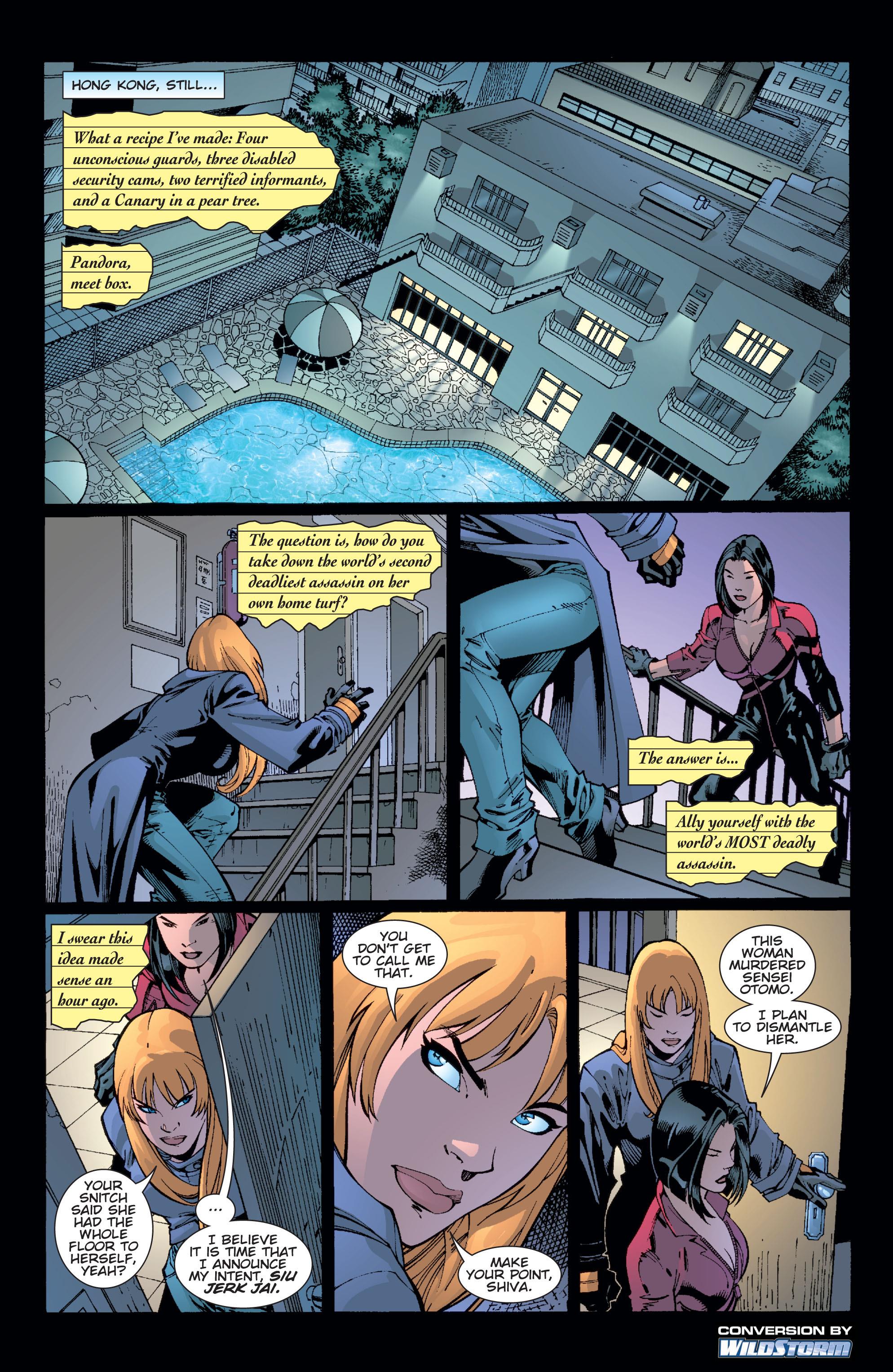 Sensei and Student is in effect two solo tales, one each for Oracle and Black Canary. While the wider world is unaware, Oracle is Barbara Gordon, trapped in her wheelchair, living vicariously, connected to the outside world digitally via phone line. What happens when you remove her efficacy by removing that link? Yes she has digital defences, but someone’s not only breached one of the most secure computer systems in existence, they’ve shut it down.

Black Canary’s mission is the action end of the book. She’s returned to Hong Kong where the man who taught her much of her fighting technique is dying. What she didn’t previously know is that he’d also trained Lady Shiva, one of the world’s deadliest assassins. Keeping them from each other soon becomes the least of their problems as they are confronted with someone skilled enough to match either of them.

Ed Benes is an excellent artist if you have no objections to a style that prioritises exciting teenage boys whose hormones are jumping. This occurs all too frequently, although Gail Simone is complicit to some degree calling for a sequence when a sleeping woman ends up fighting for her life in a swimming pool. The earliest chapters also feature art by Cliff Richards, equally good, and less likely to throw in a bum shot, but the real treat is seeing Michael Golden’s work, all too rare in the 21st century. He illustrates a tale of the original Black Canary. It’s integral to the main plot and elegantly drawn, effortlessly creating the period feel.

Several matters remain not immediately obvious, one of which is that the investigations are connected. Another is that matters considered resolved during the course of Of Like Minds have a consequence. Simone ties the plot into not just her own debut work on Birds of Prey, but also picks up on what preceded her run, material unavailable in book form, in which the Birds of Prey made a very powerful enemy with considerable resources. It’s not just this, however, that makes the book a worthwhile read. Simone unites strange bedfellows, and their interaction is well portrayed and unpredictable, requiring several interesting moral decisions on Dinah’s part.

Everything pulls together beautifully, some extra allies make the conclusion, and you won’t have seen some of the clues coming. A final single chapter story has horrible art from Joe Bennett, who’s looked at what Benes does and decided no subtlety is required. His women are twisted into ridiculous poses and it works against Simone’s thoughtful script about the emotional stresses experienced by superheroes. What a shame, although it’s often the case that such fill-ins are produced at extremely short notice. When Bennett returns in The Battle Within he’s far better.

By the end of this book you’ll know Black Canary and Barbara Gordon like never before, and that’s a notable accomplishment. The Huntress is still has her secrets, but Simone surprises by having her fulfil a promise, then surprises again. Between Dark and Dawn is up next. As an alternative, all but Bennett’s final chapter has since been combined with Of Like Minds as the bulkier Murder & Mystery.