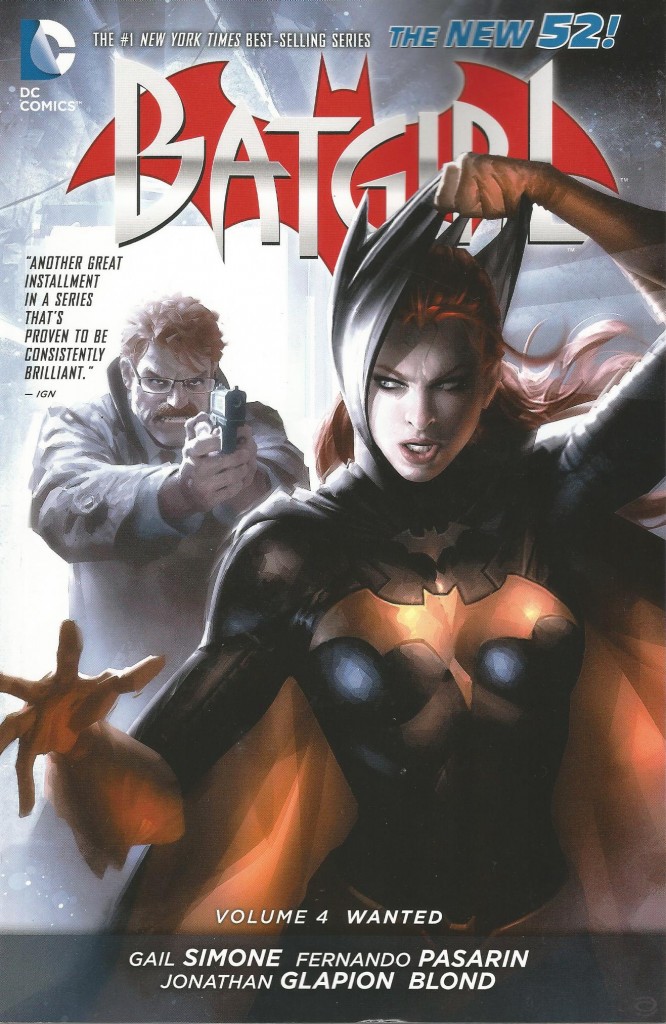 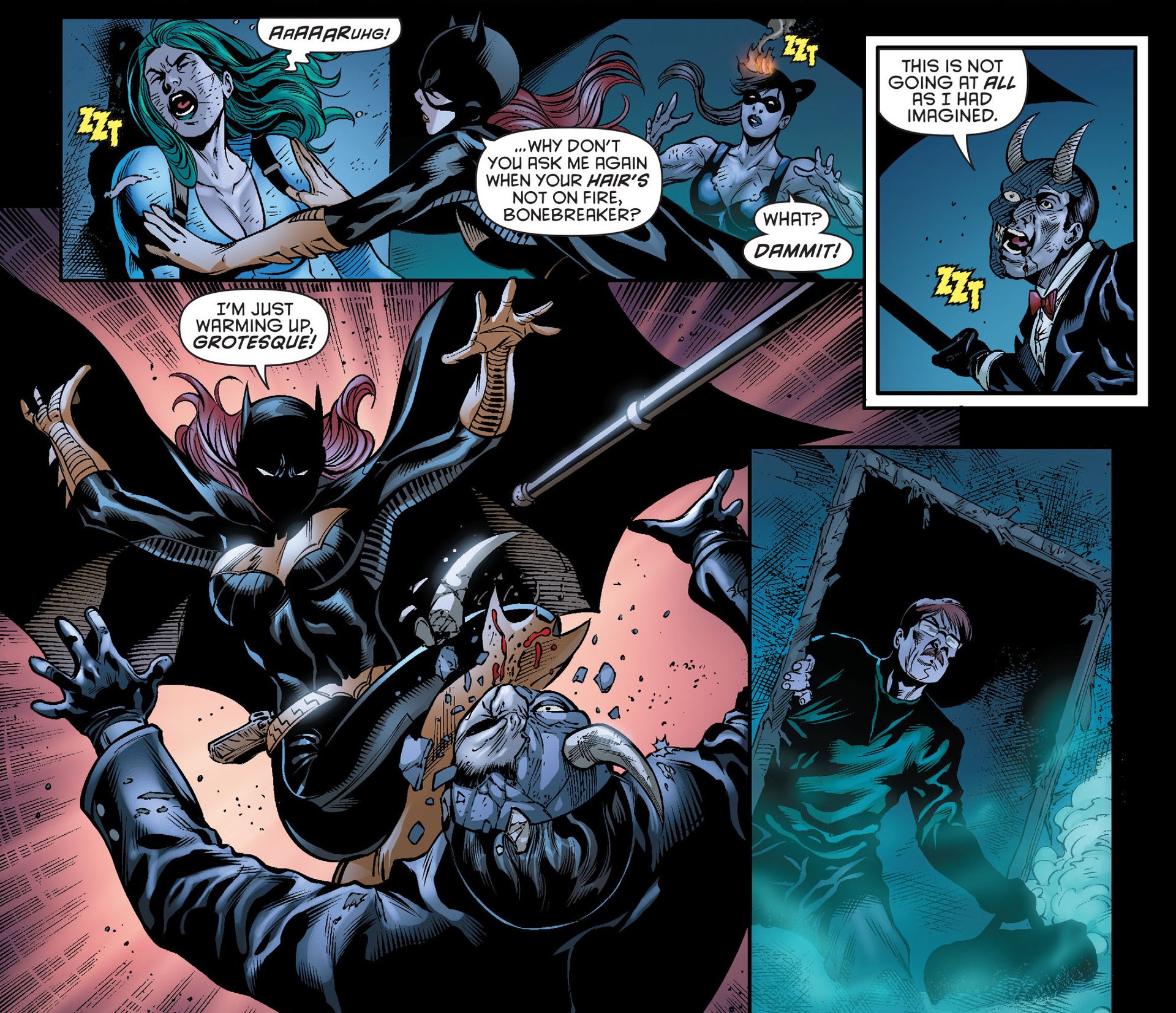 Following on from the sagging and self-important Death of the Family, this leaps back to its former high quality with the début of the new Ventriloquist, another addition to Batgirl’s collection of genuinely chilling and distinctive villains. The tale of how Shauna Belzer progresses through increasing depredations to her full-blown assumption of an alter ego is skilfully related by writer Gail Simone, kindling vestiges of empathy in the reader even as they are appalled at the Ventriloquist’s escalating cruelty.

Relationships established in previous volumes continue to grow. Barbara Gordon’s almost-romance with former gang member Ricky negotiates its way through the pitfalls that every couple has to face, plus the additional complications of being shot at  by the authorities and occasional abduction by super-villains! Meanwhile, Batgirl’s struggle against Knightfall and her vigilante cadre grows ever more intense, drawing in her friends and family despite Batgirl’s efforts to keep her dual lives separate.

The Wanted of the title refers to GCPD Commissioner James Gordon’s belief that Batgirl is responsible for the death of a family member, and his struggles to bring Batgirl to justice. Gail Simone’s sound grasp of the characters ensures that when the final confrontation between Batgirl and Gordon takes place, it takes an unpredictable direction, but nevertheless rings true.

A flashback story ties into the Zero Year crossover that the Batman family titles endured, in which pivotal events prior to the characters’ costumed lives were disclosed. It is greatly to the credit of guest-writer Marguerite Bennett that this is not intrusive and unwelcome, as such forced crossovers often are, but actually enhances the background of our heroine, and the readers’ understanding of her personality.

Once again, we have a tag-team of pencillers, but a uniformly high standard, maintaining the distinctive presence of Gotham and its environs, which continues in Deadline.

Though perhaps excessively bloody for many tastes, the series regains its lost ground with this volume. Batgirl’s slow building of confidence after her past traumas has been sympathetic and believable, and it is now that the character truly shines, with perverse optimism, in a dark and twisted city.

Additional material includes Andy Clarke’s original design for the new Ventriloquist, which was changed at such a late stage that they also include a completely finished cover by Eddy Barrows with the abandoned design. Clarke’s sketches for the Ventriloquist’s inanimate accomplice Ferdie are also present, as is Alex Garner’s work-up for ‘Zero Year’ Barbara Gordon.