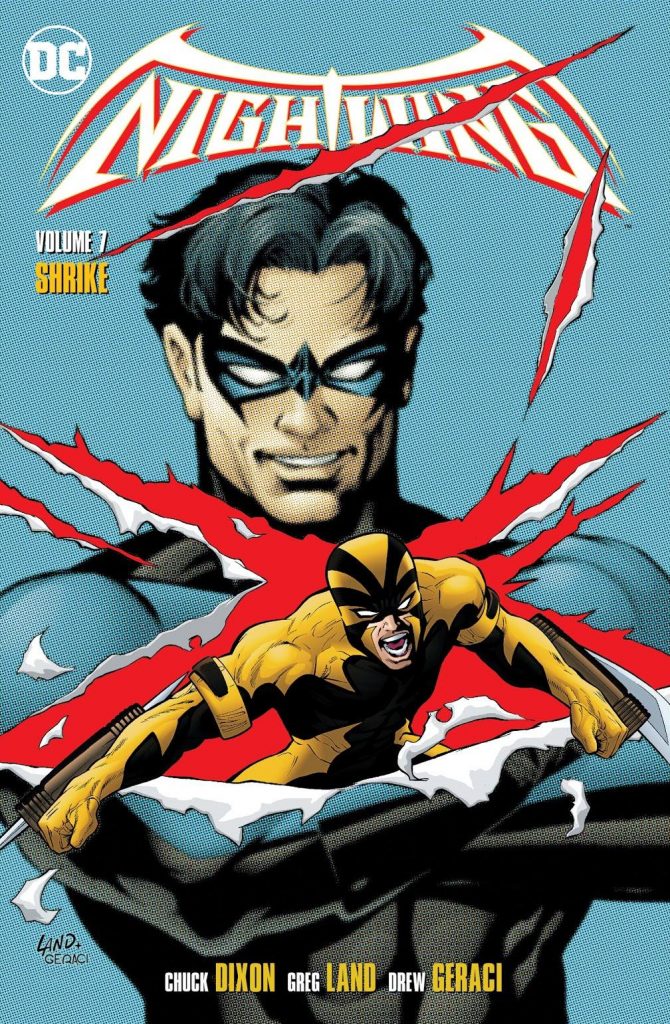 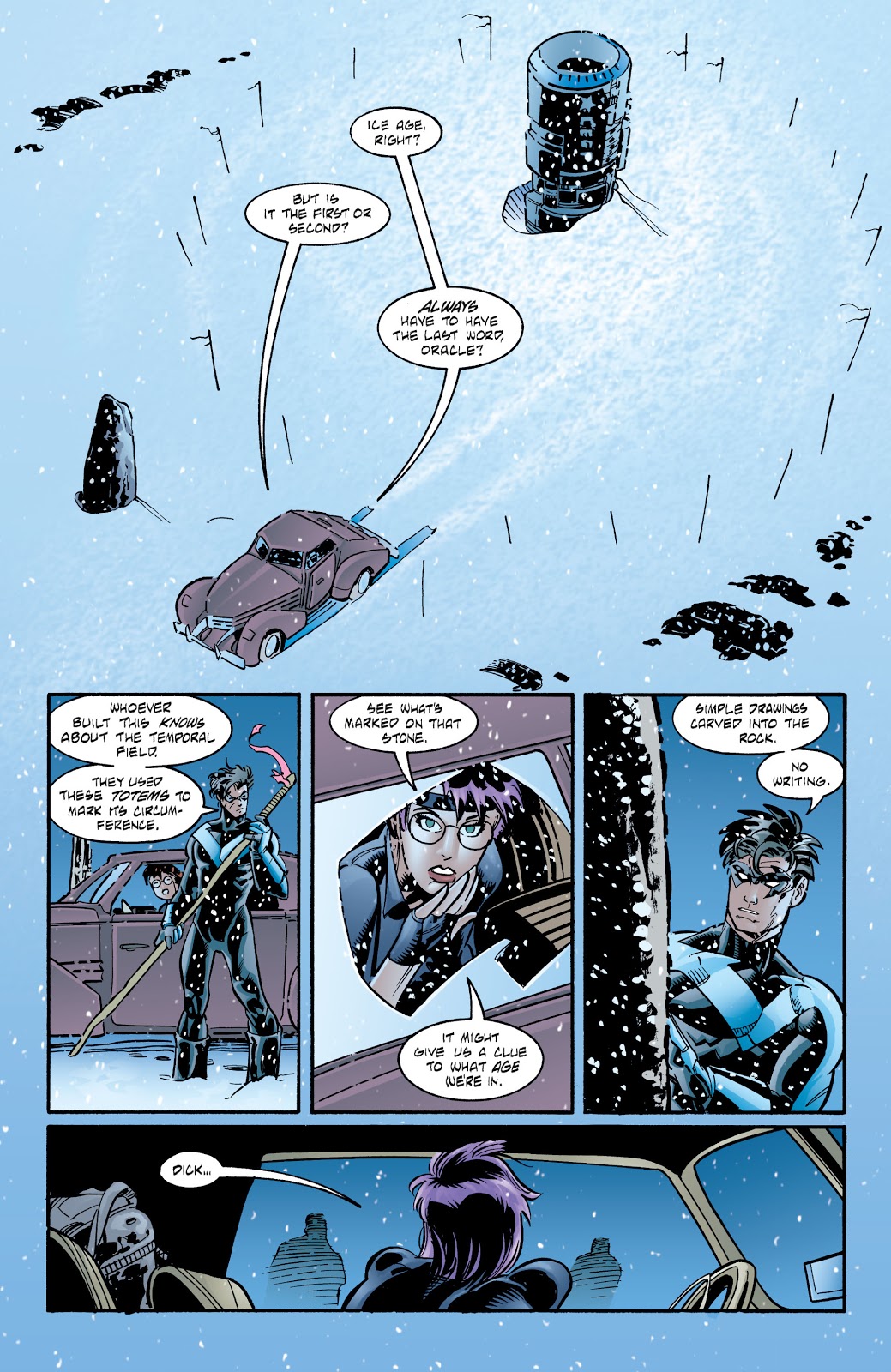 This is much the same selection of material as the 2003 collection On The Razor’s Edge, the differences being the removal of one story already seen in To Serve and Protect, and the addition of two Nightwing one-shots not included in the previous reprintings. It makes for a more cohesive and thematically linked collection of Chuck Dixon’s work.

A fair variety of artists contribute, starting with Greg Land’s polished look. Also good is Rick Leonardi who draws more pages than anyone else via inclusion of the one-shots. Solidity and clarity are his hallmarks. Trevor McCarthy will carry the series forward, and he’s seen on the final chapter. He’s good on action, detail and personality, but at times prioritises style over storytelling, although not to the degree of previous series artist Scott McDaniel. There’s nothing wrong with Mike Lilly’s art, but in this company he looks more ordinary.

Blockbuster’s new enforcer Shrike provides the volume title, and the major threat, at first too similar to Wolverine, but coming into his own as a viable foe, and with ties stretching back to Robin Year One. It’s his presence that cements Dick Grayson’s relationship with Barbara Gordon, Oracle. There’s the feeling of that happening because Dixon finds Oracle’s skills useful to his plots rather than the organic development over time that we’re sold, but the fact is that she does add to those plots, proving herself creatively against Shrike, and sparking a very different story. Dixon generally keeps Nightwing’s activities as near to the real world as he can, but this is a neat time travel piece that jumps around, visually interesting thanks to Leonardi (sample art), and well plotted. The only drawback is that it’s tied into one of DC’s crossovers, so isn’t entirely resolved, although for Dick and Barbara it’s enough.

The other story not found in the earlier collection is ‘Target’, which Dixon ties into the corruption endemic to Blüdhaven’s police. Dick has been identified as a possible threat to the crooked police, and framing him for murder resolves the problem. It’s a taut drama, with Dick’s ace in the hole being that the police framing him don’t know he’s also Nightwing, the tension building as the trap is tightly drawn. Dixon comes up with a neat solution enabling Dick’s investigation, delivered very matter of factly. While there’s no doubt that Dick’s going to be found innocent, Dixon still manages to keep the suspense strong and the action violent. Everything gels very satisfactorily.

A final chapter introduces McCarthy’s art, and takes a tour around Blüdhaven with Officer Grayson as Dixon sets up a few forthcoming events. It’s a nice ending to a readable collection. In 2003 DC didn’t complete Dixon’s work in trade format, but these reprints do, bringing his run to a close with Lethal Force.