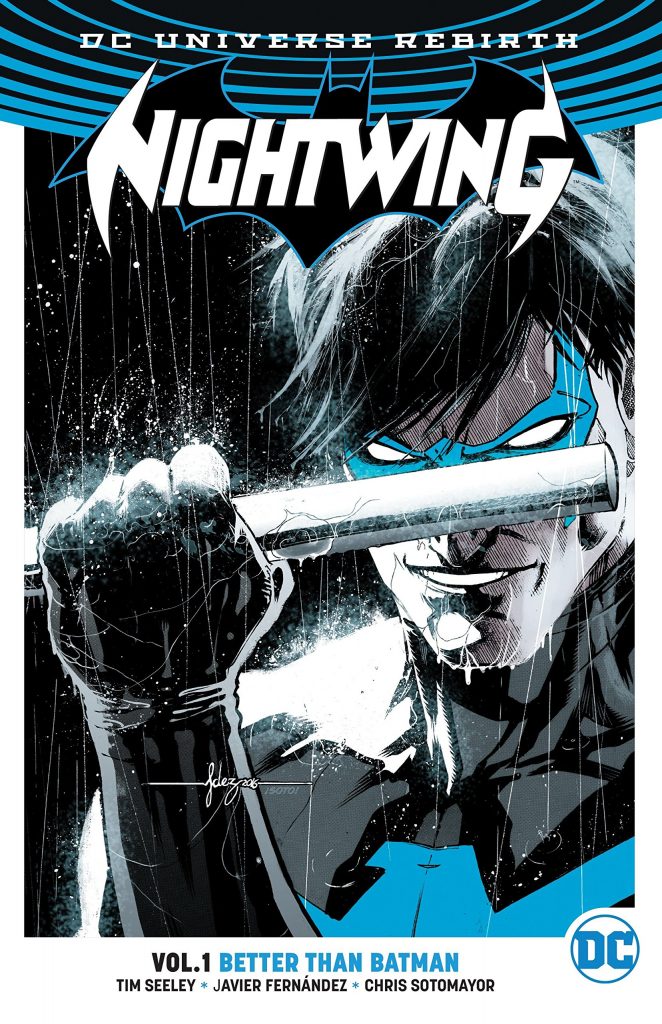 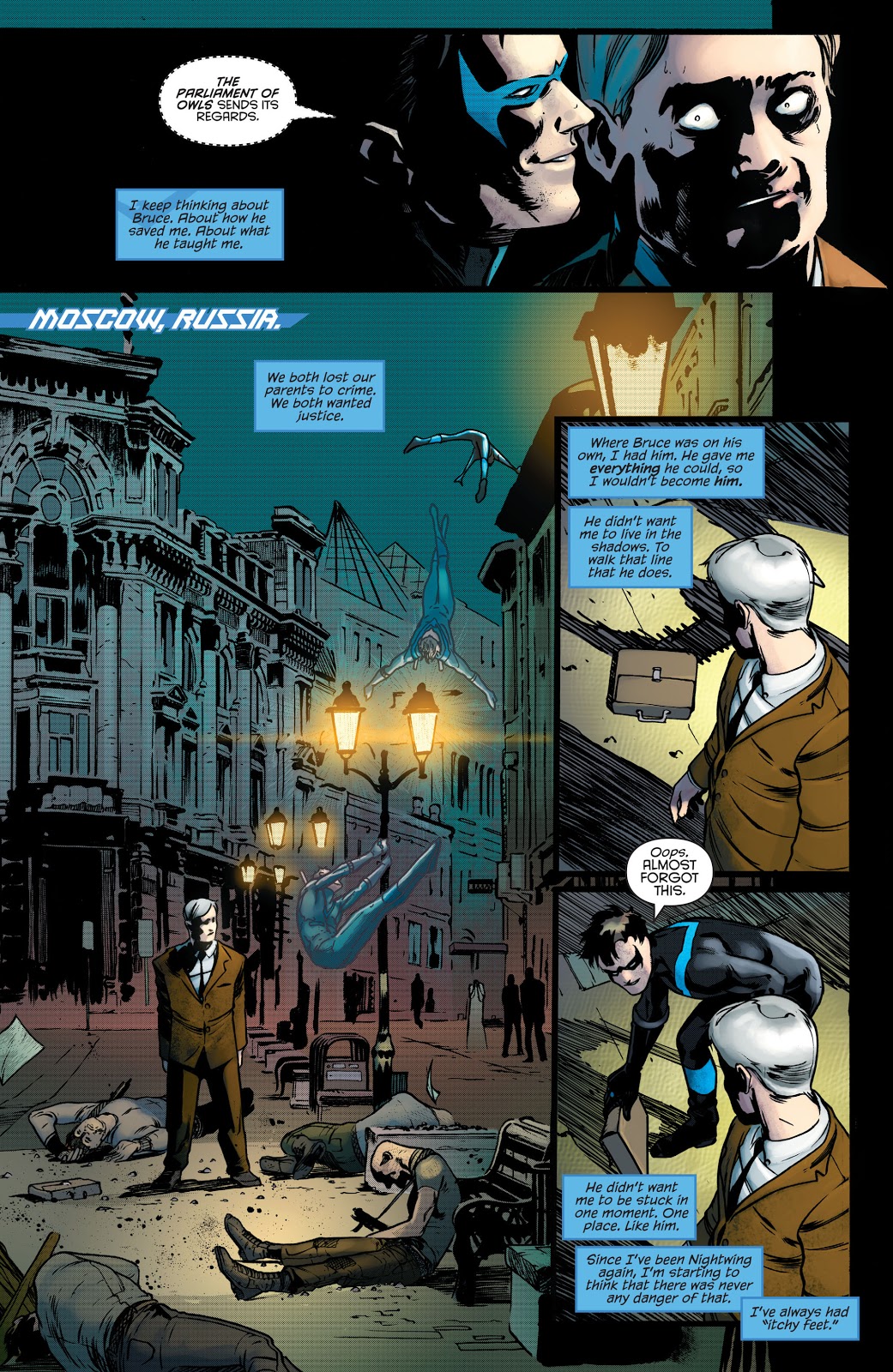 After the confusion and mixed quality of the predominantly spy-centred Grayson series, surely most fans of Batman’s former sidekick were pleased to see him back in costume as Nightwing. Tim Seeley co- wrote the previous series, and his opening chapter wraps up Dick’s association with Spyral and its cast before throwing him into a new quest of bringing down the Parliament of Owls. They’re under the impression that Nightwing is loyal to them, and that’s something he’s willing to exploit, but making it clear that he works on his own terms. As they consider that unsatisfactory, Dick is teamed with Raptor, very capable and seemingly very loyal, willing to cross the boundaries that Dick isn’t.

The key to Seeley’s Nightwing is independence. He should do things his way, using his methods, although Batman’s prepared to finance everything without questions asked. Dick believes he’s acting differently, but the provocative Raptor’s assessment is that he’s too constrained by what Batman has taught him, and needs to think independently.

It’s a big picture Seeley’s operating within, yet he breaks his continued story down into easily digestible single chapter arcs with a little more progress in each. It’s also unusual in this day and age that he’s unconcerned about creating new corporately owned characters. Raptor is complex and interesting, what with the hints of Dick’s past, an extremely capable warrior attitude, and enough generic traits constructing a character a series could be built around with a few tweaks. His harping on about brands wears thin, though.

Yanick Paquette draws the opening episode, so no problems there, but Javier Fernández on the remainder isn’t ideal. His loose gritty style is effective, and he works very nicely with shadows and silhouettes, but he has problems with figures and faces. Musculature is shorthand superhero standby, he’s not great at transmitting any emotion other than gritted teeth anger, and some of the faces are strangely shaped.

There’s a deliberate teetering on the line between fantasy and credibility, Seeley almost daring us to call foul at times when another near-impossible occurrence rolls by. It’s there at the beginning when Raptor scores an all too easy establishing victory, and when the agenda is revealed at the end. Deception is a core element of superhero stories, yet Seeley almost pulls the trick too often, but overall the good just about outweighs the bad.

Better Than Batman is also combined with the following Back to Blüdhaven in Nightwing: Rebirth Deluxe Edition 1. Not only is this a hardcover presentation, but it also has two extra chapters excluded from the paperbacks as they were part of the Batman crossover Night of the Monster Men. 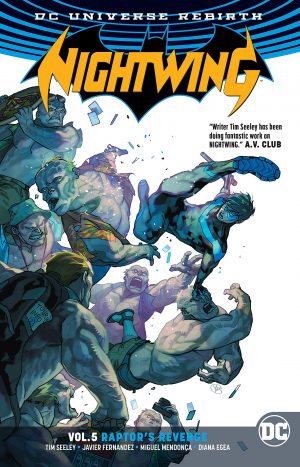