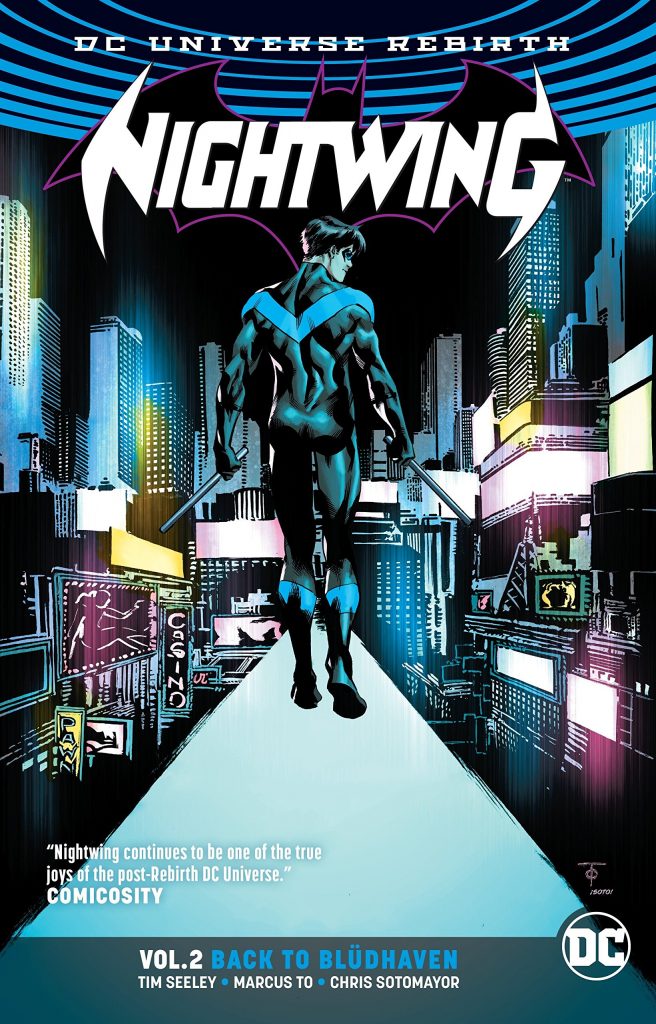 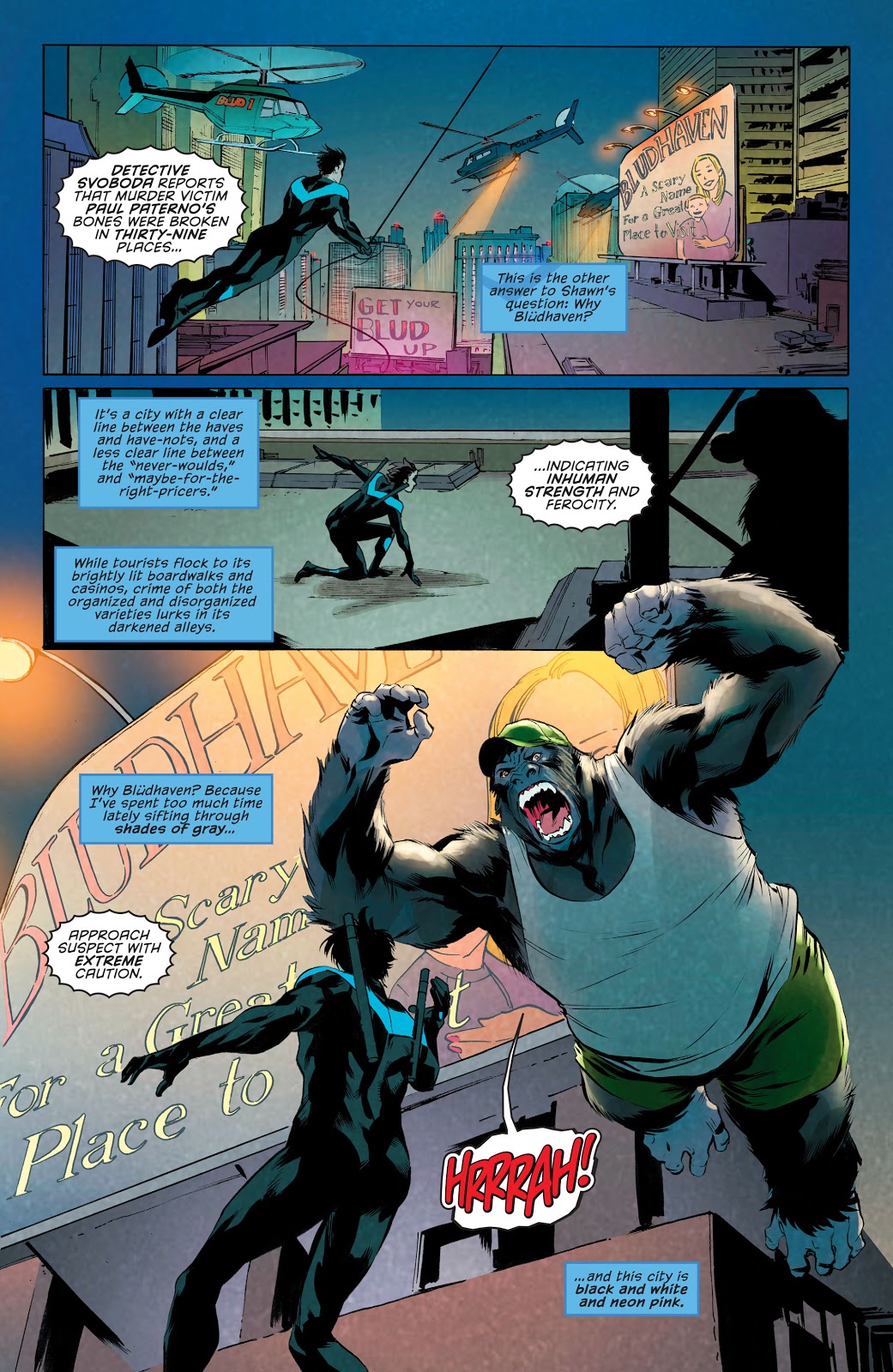 The short of Back to Blüdhaven is that it’s a return to the feeling that made earlier versions of Nightwing so popular. In the previous Better Than Batman Dick Grayson was near enough usurped by new character Raptor, and much of the narrative concerned escaping from Batman. Well, the move to Blüdhaven solves that problem nicely, and as this is a re-booted Nightwing Seeley can reimagine matters without the backstory getting in the way. To this end Nightwing hasn’t previously been in the city, but knows it has problems. He arrives as Blüdhaven attempts a publicity campaign to attract tourists.

Seeley toys with the darkness that Blüdhaven’s always embraced, but under main artist Marcus To this is a step back into bright, clean superheroics, reinforced by the almost immediate introduction of a whole group of costumed villains. There’s a twist about this, though, as they’ve all relocated from Gotham to avoid temptation and to reform, but as Seeley’s plot rolls out, that proves more difficult than intended. Beforehand there’s a meeting with Superman, which has some nice character beats among an uninspiring story about nightmares and what’s causing them.

To, and Marcio Takara on that opening story, pull Nightwing away from the not entirely suitable art of the first volume. The irony is that their art would have been a better fit on that volume, whereas grim and gritty might work better for Back to Blüdhaven. Still, if the only criticism to be made of the art is that To gives a grubby city too clean a look, then there’s not really much to complain about. Minkyu Yung handles a single chapter and his style is a good match for To and Tanaka, giving the entire book a consistent visual look.

While seasoned superhero readers probably won’t have any trouble identifying the villain of the piece, Seeley includes nice little touches along the way. He defines the local police department, and has thought things through well enough to have Dick renting his apartment above a home for the blind in order to conceal his costumed comings and goings. The final chapter is in some ways the well earned reward for what’s gone before as we see Dick on some downtime, two months of progress skimmed across twenty pages, very nicely handled and better read without knowing what it’s about. There’s one hell of a cliffhanger ending taking us into Nightwing Must Die.

This is also available combined with Better Than Batman in hardcover as Nightwing: Rebirth Deluxe Edition 1.