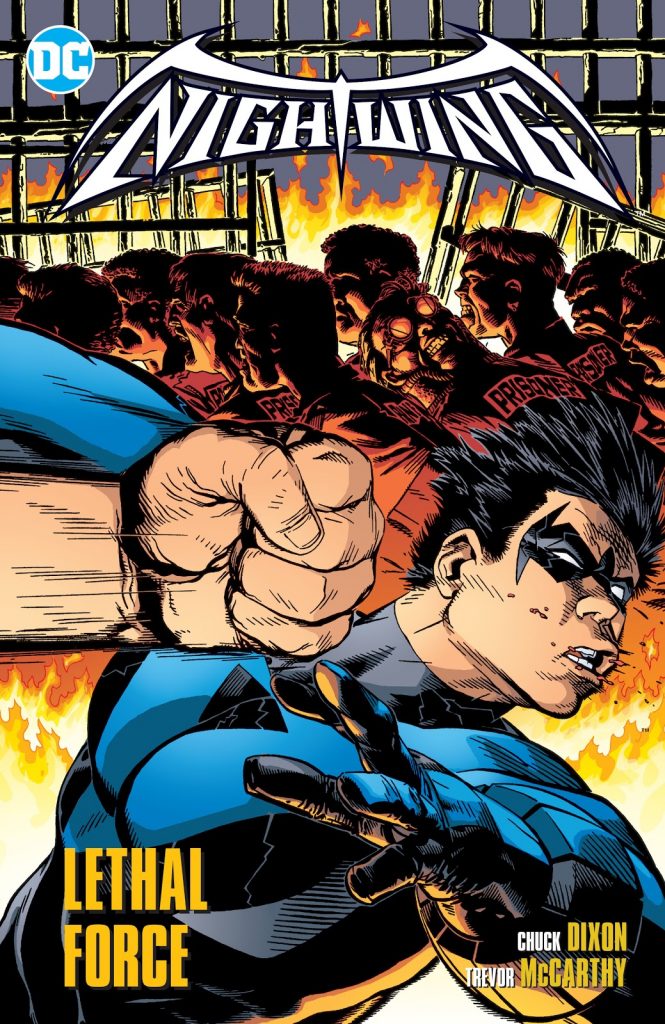 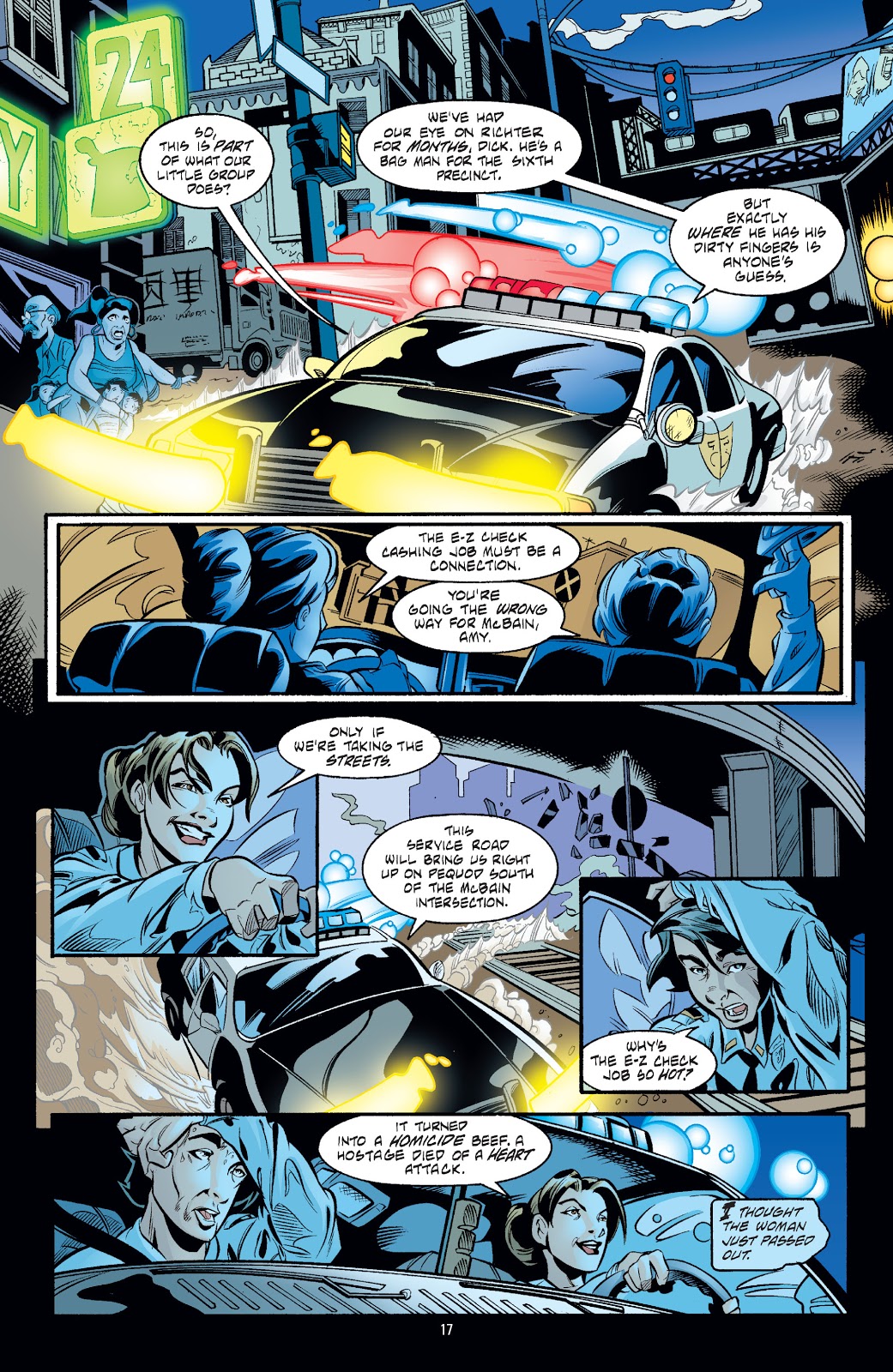 Unlike earlier Nightwing collections featuring Chuck Dixon’s work, this is titled after a single issue story, which alone gives a hint as to the mixed continuity within. The final chapter in Shrike was used to set up forthcoming plots, but apart from a brief look inside jail there’s barely movement on any of them over the first six episodes here.

That’s not a bad thing by definition, but in this case it is because the plots we want to read about are being delayed by intrusions from crossovers that dip below the usual excitement levels expected of Nightwing. Two feature the Joker, but are run of the mill, and in some other collection there’s a chapter tying into those where Dick believes he’s killed the Joker. Perhaps DC could have included it considering it leads to moping and soul-searching, but only briefly because it’s time for the next crossover, this the Bruce Wayne: Murderer story. Dick’s relationship with Barbara Gordon is given a passing nod, while her talents as Oracle are what’s required for the plot. What keeps this section from being as average as Dixon’s produced since his earliest days on Nightwing are the tense crime drama of the title story and the type of Christmas story superhero comics can present so well. It has the necessary festive sentimentality, but shot through with a hefty dose of danger and social realism.

Fill-ins require different artists, and Staz Johnson and Rick Burchett both show up well against the increasingly stylised Trevor McCarthy pages. That’s a matter of opinion, of course, and some readers may prefer visual dynamism to traditional storytelling. McCarthy never slips into the anatomical excess seen earlier in the series, except where it’s called for by a brute’s transformation for what’s in effect Nightwing taking on the Hulk, but not many of his pages are attractive. William Rosado, who also fills in, has a handle on the storytelling clarity, but draws anything living as some type of angular geometric exercise rather than with curved lines.

When Dixon can finally address the plans Dexter Soames and Tad hatched for their jailbreak at the end of Shrike, he hasn’t got the time to do much with them. However, that’s partly his fault because in addition to having to incorporate still more crossover material, he opts to revive another revenge mission and return another old villain. His final pages on the series have a retributive elegance, but it’s to conclude a meandering collection that’s nowhere near the best of his run.