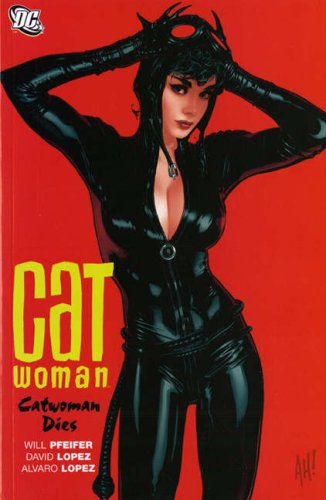 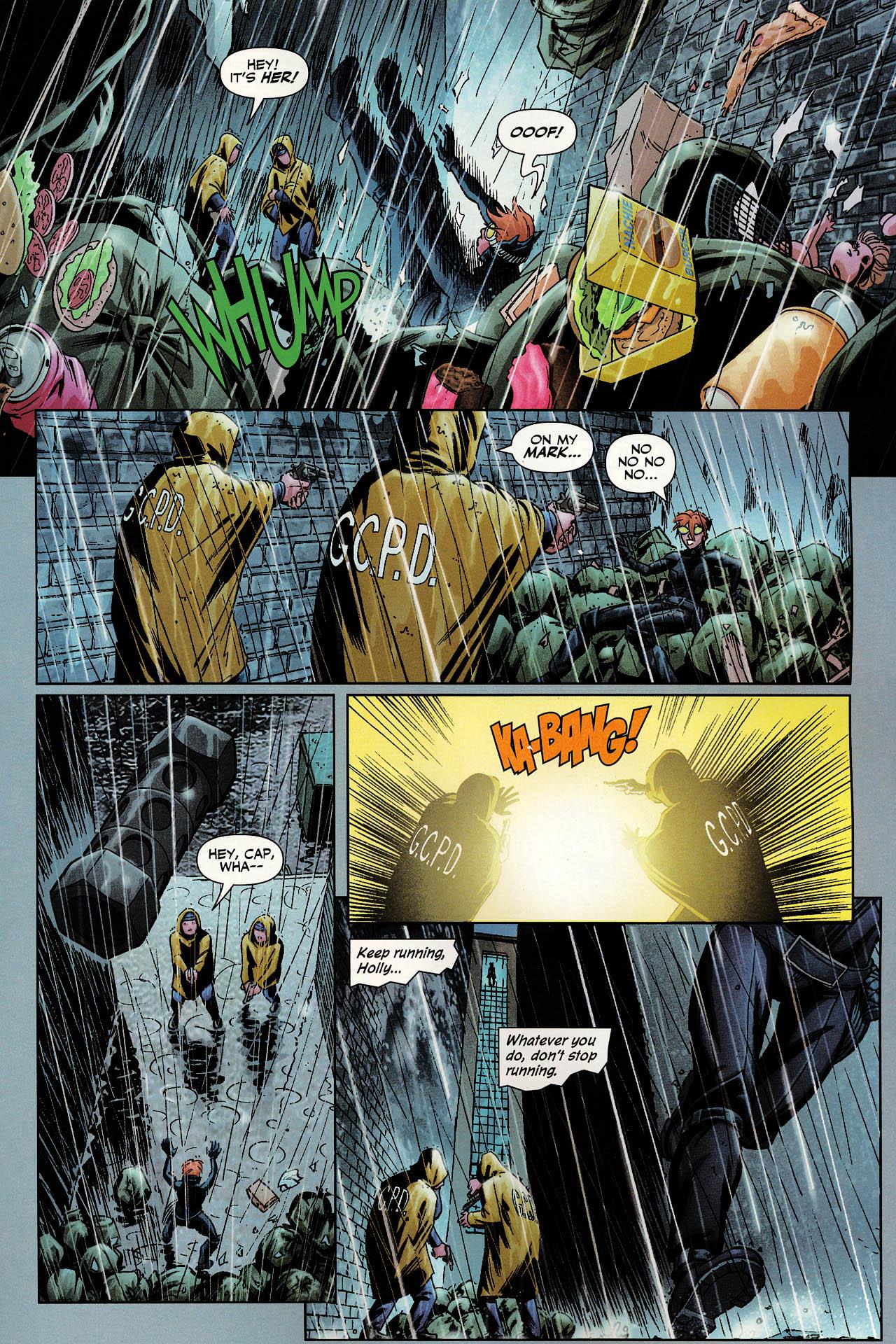 Instead of concentrating solely on the villains of Gotham, Will Pfeifer introduced genuine super-villains to Catwoman, which isn’t the mood-destroyer that might be assumed. Among them were the psychotic Russian villain pairing of Hammer and Sickle, both more than a match for Catwoman when it comes to sheer power. She managed to defeat them once in The Replacements, but that involved forward planning, and crucially, it was Selina Kyle who beat them. It’s hardly reassuring to hear “they’re much more formidable than the last time you faced them and they’ll get better the longer you fight.”

The title story is a relatively simple one from Pfeifer, a desperate battle against implacable foes in which he ratchets up the tension superbly, not least by the use of live TV footage being screened across the city. Loved ones view it, and yet are helpless. The exciting page designs of David López bring the thrill of the chase to life. Considering the amount of rain the American East coast sees each year, it’s remarkable how few superhero stories are set in the rain, and López makes the most of the conditions. Catwoman’s efficiency is compromised, and his rain-drenched Gotham is enhanced by the colouring of Jeromy Cox, completing the mood. Several scenes are set at a high level, and López is willing to work to convey this, frequently turning his camera angle downward to accentuate the distance. He’s equally good throughout the book.

Some of that remaining content is compromised by having to tie into a story running through all DC comics in 2007 concerning the Amazons attacking the USA. Pfeifer incorporates this in passing, but the story he weaves around it about a suicidal cult doesn’t match what precedes or follows it.

The following two parts are as good as Pfeifer gets on Catwoman, an emotionally strong story with life-changing effects for Selina Kyle incorporating unpredictable twists and closing with a heartbreaking chapter. Since The Replacements Selina Kyle’s efficacy as Catwoman has been compromised, yet the dual identity is so much part of her she’s well aware that however good her intentions, she’ll always be Catwoman. It’s a seemingly intractable problem. Batman and Robin have a fine cameo, and the story opens up into an exploration of why Catwoman is such an effective thief. That, though, occurs in Crime Pays, which picks up after the shock ending.

Alternatively, both volumes are scheduled to appear within Final Jeopardy due to be published in early 2017.