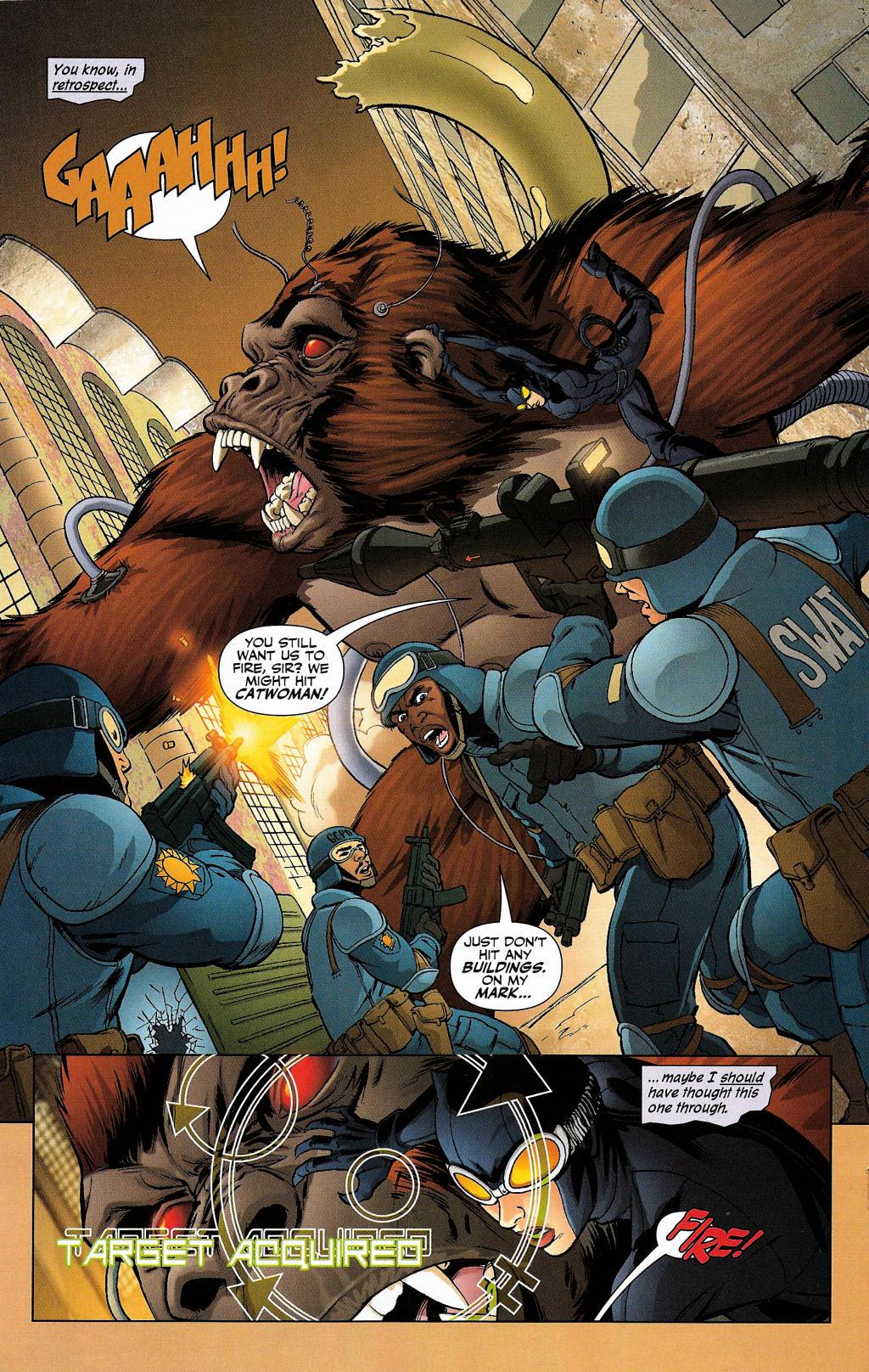 There are two primary concerns for Selina Kyle as we start It’s Only a Movie. The first is that her friend Holly, moonlighting as a replacement Catwoman, has been arrested for murder, and it’s a murder Selina knows all about. The second is something she’s unaware of, that what was intended as a neat situation-resolving conclusion to The Replacements wasn’t precise enough, and is having horrific consequences.

Detective Jim Lenahan has floated through the background of Pfeifer’s work on the series. He’s an old-fashioned bastard of a policeman for whom the end justifies the means, at least as far as police work is concerned. When it comes to other people killing criminals, though, he considers that just criminalises them. The police department was ineffective in dealing with gang leader the Black Mask, but his murder rankles with Lenahan and he’s been extremely tenacious in attempting to pin it on Catwoman.

We also have the return of the Film Freak, who’s upped his game, now not just perpetually referencing classic movies, but also attempting to recreate scenes from them. This doesn’t always work, or as he himself puts it “the critics are not going to like this”. “To hell with them, he concludes, “film criticism is a dead art anyway, all thumbs, stars and letter grades.” He may have a point, but his verbalised narrative tape becomes tiresome. His bigger purpose is to provide the spectacle for David López’s pencils, and by that criteria he’s a success. López certainly is, equal to the heavy emotional content toward the end of the book and the mad action scenes that precede them.

As he’s outworn his welcome, be glad the Film Freak’s not around for the final four chapters. The first of those is ‘Sons and Daughters’. When Pfeifer started on Catwoman he sidelined Slam Bradley, who’d been integral to the series since its millennium re-boot. When Slam returned he was troubled and endured a horrific experience that did little for his equilibrium, and despite being much older, he’s always had a passion for Selina. The weight of his problems leads into an air-clearing session between Selina and friends that fills in the final necessary matters of what occurred when the continuity jumped a year just before The Replacements.

The remainder of the book is a trip to Metropolis in order to collect an item for someone able to erase a past mistake. It’s a very different type of heist story from those Darwyn Cooke and Ed Brubaker concocted for Selina, but one that’s equally valid, and keeps its suspense until the rather abrupt end.

It’s Only a Movie is now collected with The Replacements in the bulkier Backward Masking. Those wanting to follow the continuity can track down Catwoman Dies, or wait until early 2017 for Final Jeopardy, which collects that with the two later books completing Pfeifer’s involvement with Catwoman.