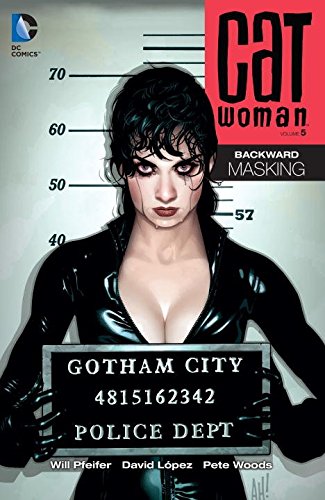 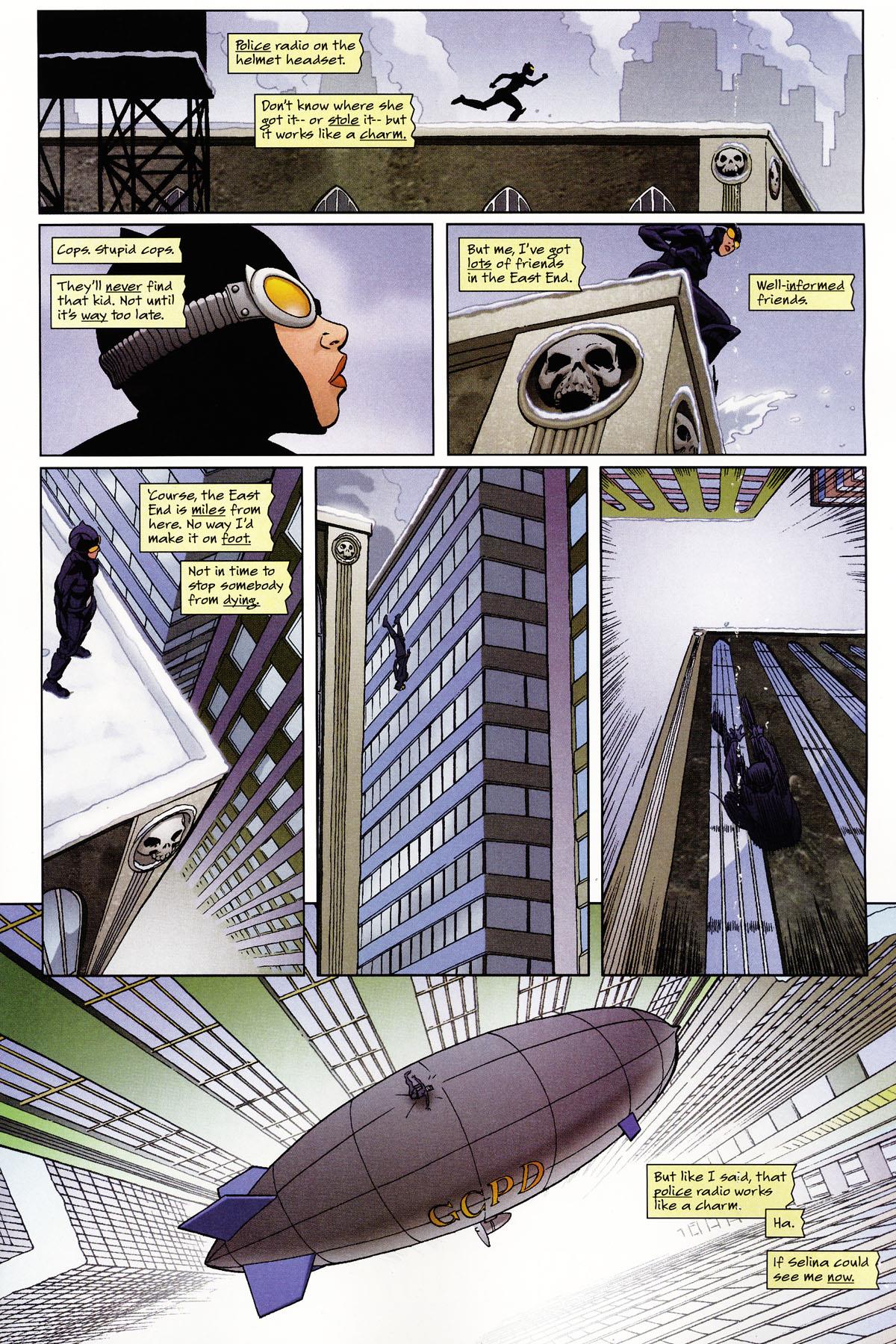 Will Pfeifer and Pete Woods established beyond any doubt that they were the best of the four creative teams tried out on Catwoman in The One You Love. This time Pfeifer has the entire book to himself. The earliest chapters are gathered in book form for the first time, while the remainder featured in long out of print thinner collections The Replacements and It’s Only a Movie.

There’s a major twist in the opening chapter explaining why Selina Kyle renounced her successful career as a thief to set herself up as the protector of the dispossessed in Gotham’s East End. It undermines much of what she is, causing quite the personality crisis, so perhaps it’s just as well the Black Mask is once again taking a direct hand in making her life a misery. Pfeifer perpetuates an incredible tension, with the second chapter’s storytelling method extremely effective as it inter-cuts Catwoman and Batman’s conversation with the Black Mask relishing his work. We also see Catwoman take on DC’s superhero magician Zatanna, which may seem a mismatch, but…

Pfeifer didn’t feature Slam Bradley, a mainstay of the series to date, in his opening six chapters, but he’s back for the title story, and so is his son, police officer Sam Bradley. The conflicted role Pfeifer created for Sam surprised from the start and continues to do so as he takes quite the journey over the entire book. Woods is also great, expanding his colour palette, and this is material long overdue for representation in a more durable format.

Woods only illustrates the opening chapters, leaving the remainder in the capable hands of David López. His style is traditional superhero work, but very good within that, whether it’s Catwoman skulking around in the darkness, a more obvious action scene or something requiring a little more finesse, he’s always up to the job.

He’s already impressed, but a less imaginative writer than Pfeifer might be derailed by DC’s editorial edict that all content was to jump forward a year, leaving readers to fill in the gaps piecemeal until all is revealed. Instead he supplies a responsibility that can’t be sidelined, while dropping hints as to bigger concerns about what Selina Kyle has been suppressing for a long time.

The major villain of the piece will irritate some people, and perhaps that’s a secondary purpose. With lines like “That’s what shapes reality Melvin, a series of bold artistic decisions”, along with the constant name dropping of film directors. It could be seen as a type of meta-commentary on the creation of comics, or maybe it’s Pfeifer purging a film school background, but while the Film Freak is initially tolerable, he long outstays his purpose and welcome. It’s the one mis-step Pfeifer makes in Backward Masking.

An extremely good single chapter or revelations and recriminations precedes an unpredictable trip to Metropolis as Selina must recover an item from Lex Luthor. It’s almost another cinematic joke, but there’s nothing funny about how the mission plays out, and Pfeifer keeps the readers guessing until the end.

That applies to most of the book. Some readers at the time didn’t like the soap opera revelations, but they all work well in context, whether or not they’re the way everyone wanted to see the character evolve. There’s rather an abrupt ending that leads into Final Jeopardy (or Catwoman Dies if you’d prefer the older, thinner collections).