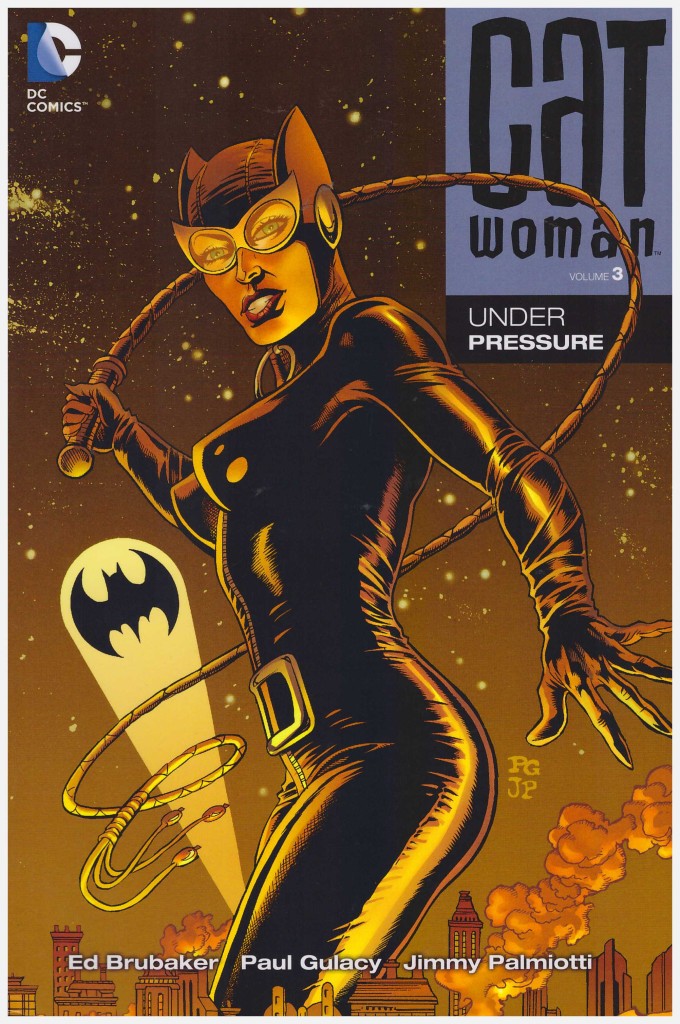 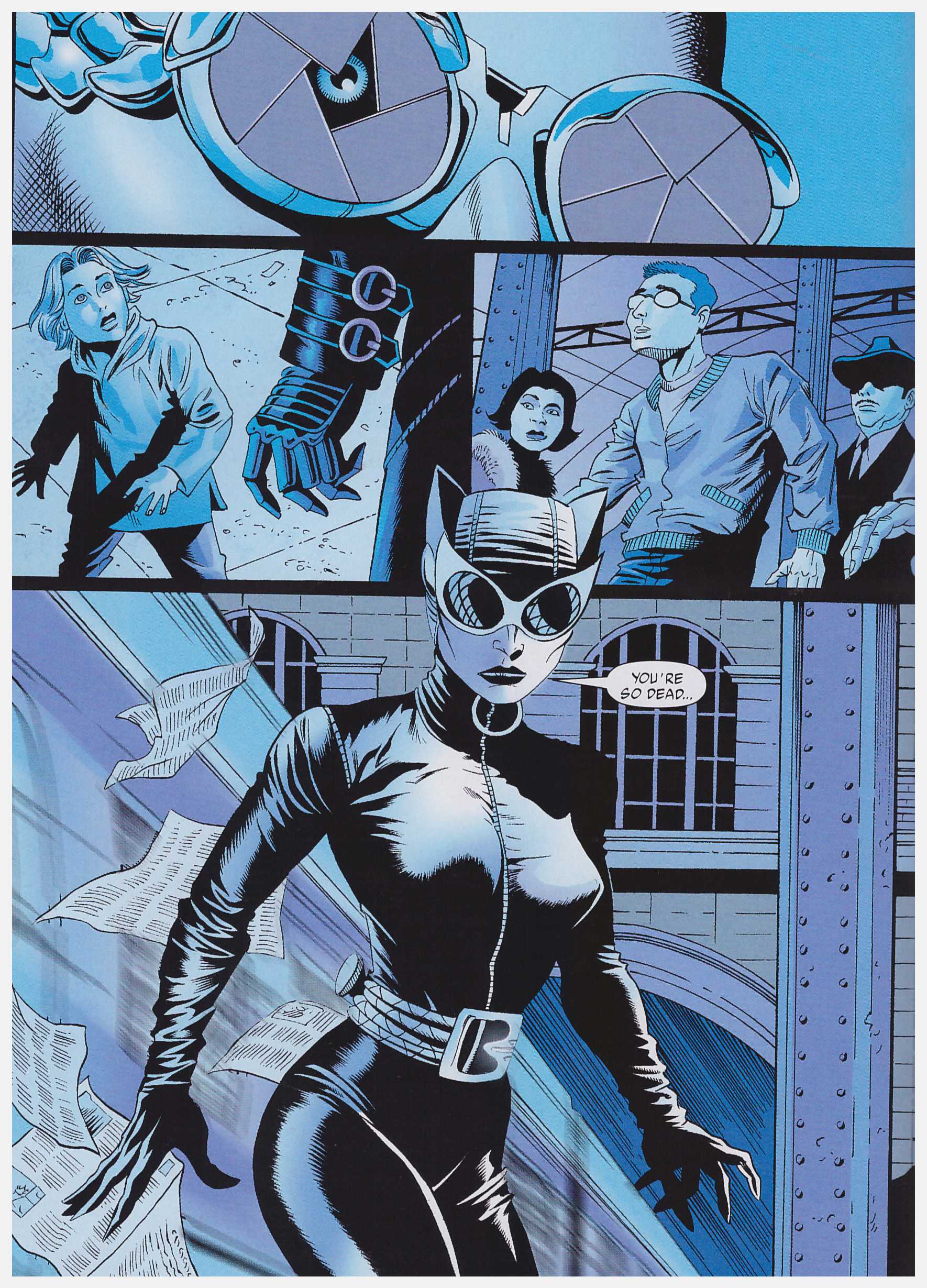 A reason feeding into the 2002 relaunch of Catwoman was the very vocal criticism of the character pandering to the sexual fantasies of teenagers, with the artists involved seemingly copying their poses from sex magazines. Starting with what’s now collected as Trail of the Catwoman, Selina Kyle remained a woman in black leather, but one with more subtle sexuality about her, and one with a more rounded character.

That’s the way she remained throughout the second collection No Easy Way Down, or via Relentless and Wild Ride if you arrived at this book via the earlier slimmer volumes. New artist Paul Gulacy doesn’t delve into the excesses of his 1990s predecessors, but his portrayal of Catwoman is closer in spirit to them than to the cartooning of the previous books in this incarnation. There are plenty of gratuitous poses, and shots of undress. Gulacy’s art is no longer quite as decorative as it was in the 1970s, but his pared down style presumably earns a better living, and qualms about cheesecake shots aside, he’s very good at supplying exciting superhero comics. It’s also amusing to see supporting character Slam Bradley morph into Robert Mitchum.

A relatively compact nature to individual stories presented in this incarnation of Catwoman has characterised the series, but with ‘Under Pressure’ writer Ed Brubaker unwinds and stretches a little too far. The previous volumes depicted one crime lord being run out of Gotham’s East End, and this focusses on Catwoman’s battles against those who see the area as ripe for the taking. It’s never poor material, but has a repetitive quality, as if Brubaker’s already said what he has to say about Catwoman, and the one massive leap into new territory is a bizarre departure that clears up a dangling plot thread from the previous book.

The primary threat here is Zeiss, latterly of Batman, and an olympic level martial artist with modified eyes and specialist lenses that accompany them, in effect slowing down time for him. In combination with his training it makes for a deadly foe with an obvious weakness. To his credit, though, Brubaker doesn’t go there.

It’s Diego Olmos who draws the single best chapter here, a series of vignettes each spotlighting the circumstances of those caught up in the story, and building to a fine climax involving an ethical decision. It points the way to the later Criminal that Brubaker would produce with Sean Phillips. Phillips is also on hand here, providing layouts for Stefano Gaudiano, but they’re wasted on what’s a throwaway look at the Catwoman cast that offers nothing new.

Included for the sake of completion are Catwoman’s chapters of a Batman crossover ‘War Games’, and in isolation their appeal is limited. We have glimpses of action as if seen through Zeiss’ modified eyes and lenses, freeze-framing a few minutes before flicking on elsewhere. Furthermore, the shock ending to one chapter depends on a familiarity with a minor element of Batman continuity. It’s not explained here that he occasionally masquerades as a presumed crook named Matches Malone.

Brubaker signs off on the series wrapping up his emotional beats with a birthday party. Overall his run is fantastic entertainment, but Under Pressure is largely superfluous. Will Pfiefer picks up the continuity in The One You Love.