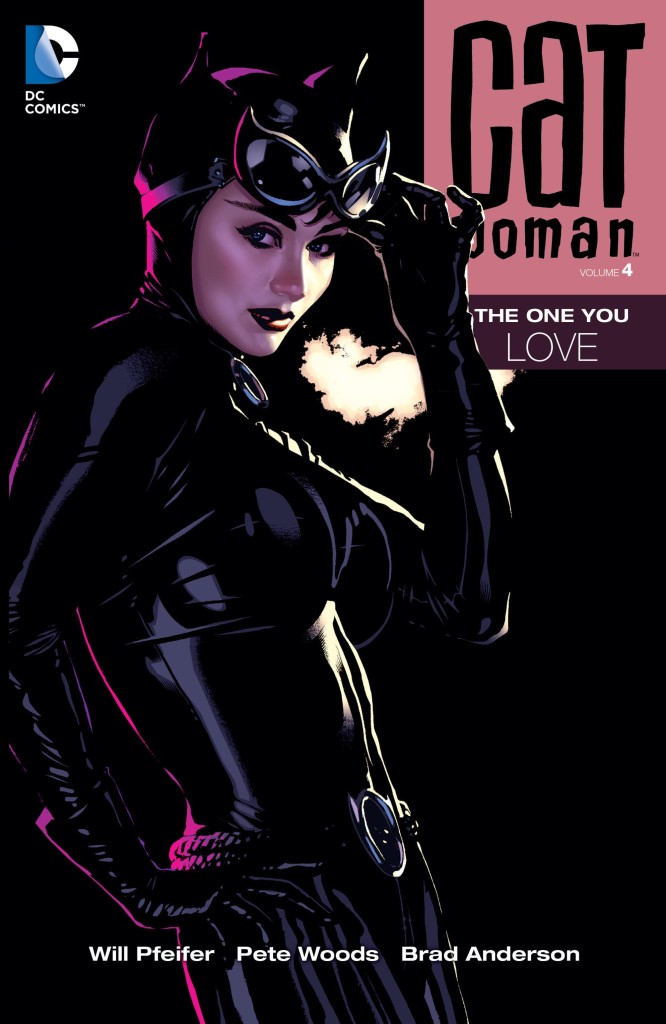 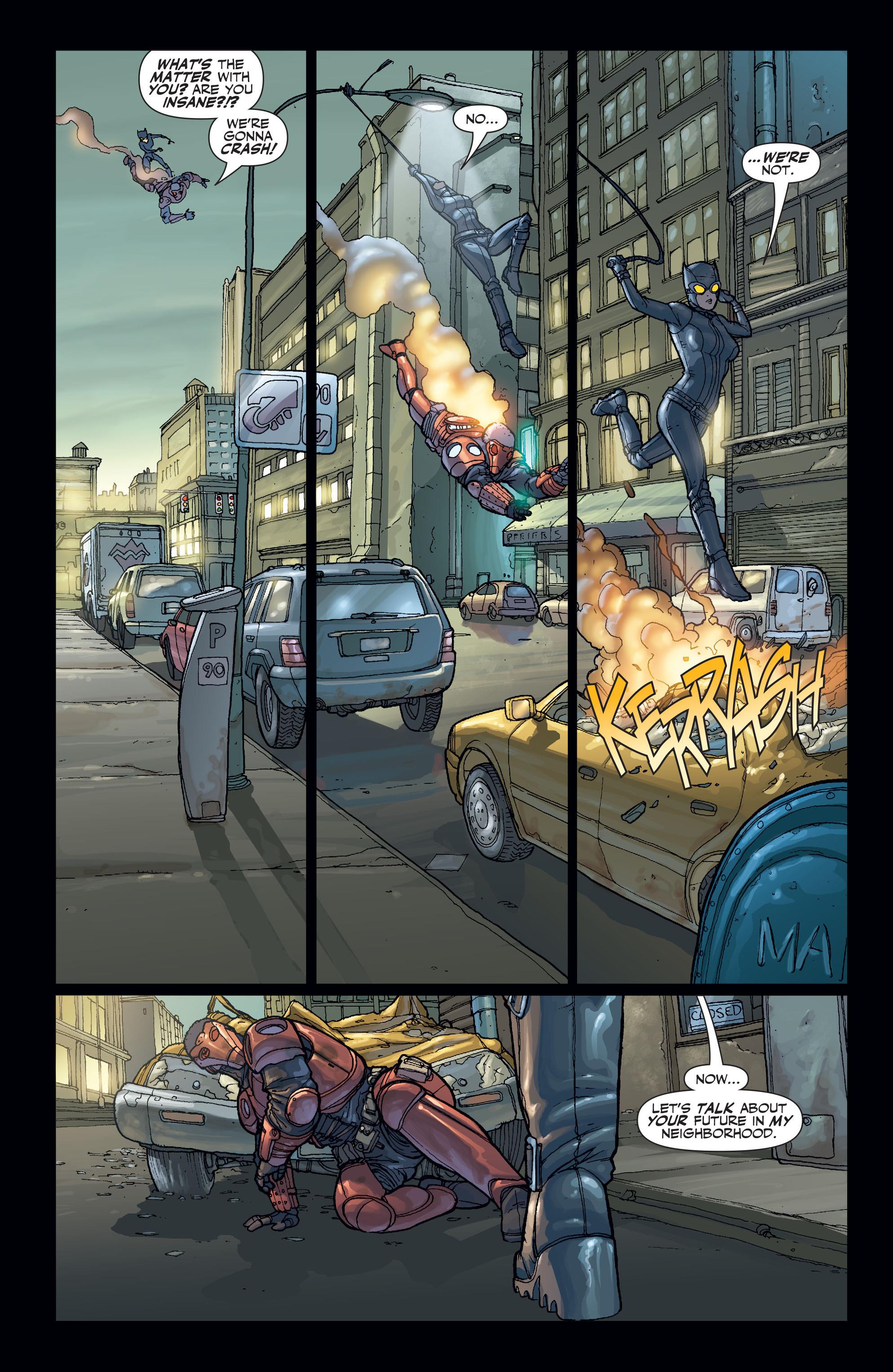 Ed Brubaker’s work on Catwoman, initially with Darwyn Cooke, is now regarded as the character-defining run, so despite Under Pressure being a dip from Brubaker’s peak, anyone following had the standard set high. DC took their time in appointing a new regular creative team, and The One You Love gathers the writing tryouts from Matteo Casali, Anderson Gabrych, Scott Morse and Will Pfiefer, taking a similar approach with the artists. Until 2015 the entire content had avoided book publication.

The less said about Morse’s offering about a wooden robot, the better. It’s over-long, features barely credible slackness from stalwart supporting character Slam Bradley, and isn’t helped by having the penciller switch from Paul Gulacy to Diego Olmos after the first of three chapters.

Far better is Casali and Brad Walker’s ‘Of Cats and Dogs’, which shocks with a barbarous opening counterpointing an organised fight between a man and a dog, and a man brutally beating up a young woman. If anything, the story rapidly becomes even darker from there, touching on themes of slavery and prostitution heading back to the template established for the modern day Catwoman by Frank Miller in Batman: Year One. The subject matter and execution are about as near to the knuckle as is possible for a DC title before shifting to the adult Vertigo imprint, but they conceal an average tale.

Gabrych and Rick Burchett pitting Catwoman and Onyx against Killer Croc is well drawn, but otherwise unremarkable. Think of those stories as a slight dip plotted on a graph before we reach the combination of Will Pfiefer and Pete Woods, who restore Catwoman to her peak over the second half of this collection. The other writers attempted to emulate the narrative captions characterising Catwoman, but Pfeifer captures a unique voice in addition to propelling the plot. “Not sure who this guy is. I think he might’ve fought the Flash a couple of years ago, but I could be wrong. Maybe he’s just some new jerk. Whoever he is, he didn’t build this suit.” That’s just the opening pages in a packed first chapter also featuring Scarface, Hush, and one brute of an armoured protective unit. This is amid more tension than experienced in the collection to date, and Woods’ art. The combination of layouts that never seem crowded, effective action sequences, an elegant line and a fine sense of muted colour is very appealing. His craggy faces are weaker, but it’s not a fatal flaw.

Pfeifer packs a lot into his plots, varies the tone, and sustains the suspense well. The title story is six chapters of mayhem as assorted super villains are invited into Gotham’s East End, which is supposedly under Catwoman’s protection. Pfeifer keeps twisting the plot into unpredictable territory, yet underlined with a logic, and the sudden influx of super villains into a series largely devoid of them to date doesn’t subvert the established tone as much as might be expected.

The work of Pfeifer and Woods occupies half the book, and half the remainder is certainly okay, making this a worthwhile purchase. The wonder continues in Backward Masking.