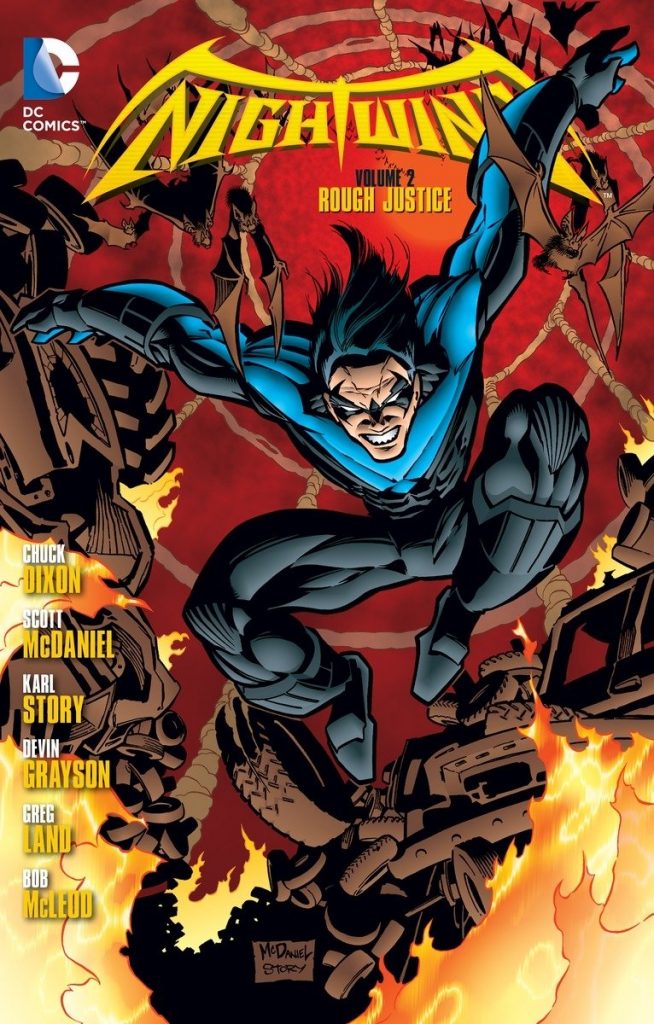 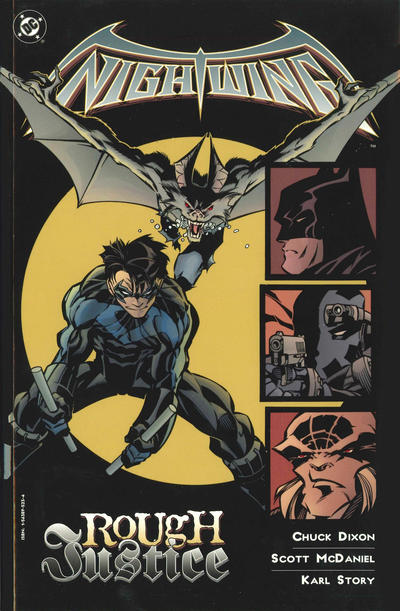 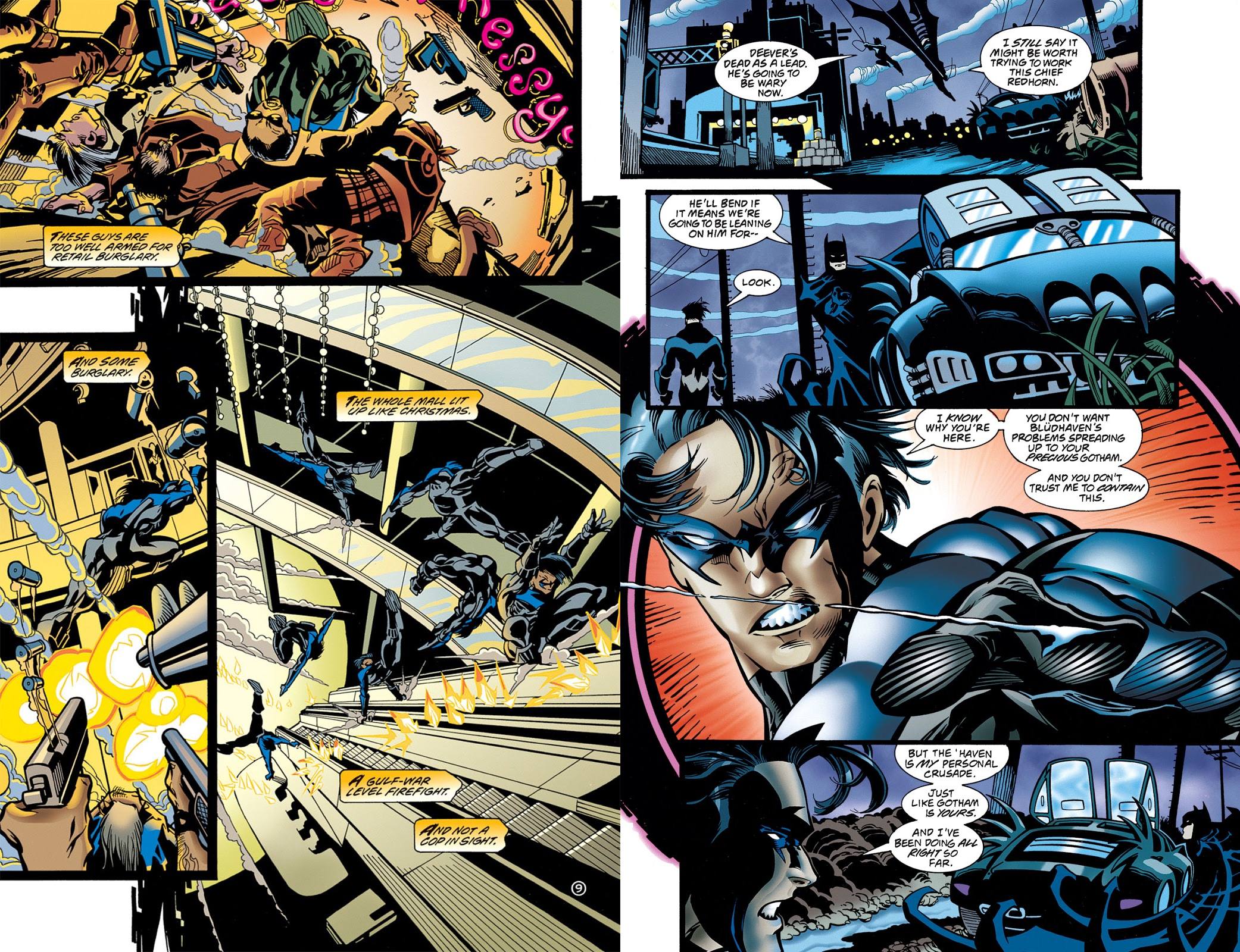 Rough Justice opens with a frenetic chase as Nightwing fights his way through a gangster-packed shopping mall, with things becoming progressively stranger until the first chapter ending reveals the truth. That leads to a second in which we know why everything seems wrong to Dick Grayson, but he doesn’t. There’s certainly no faulting the pace of those chapters, and the lack of clarity about Scott McDaniel’s art is for once a positive aspect selling the disorientation.

Nightwing is now established in Blüdhaven, having spent the previous volume clearing up a mess and establishing who the city’s new crime boss is. That was in A Knight in Blüdhaven if you’re reading the 1990s trades, or plain Blüdhaven in the 21st century reissues. Rough Justice presents the same content under two different covers in 1999 or 2015.

Chuck Dixon ensures the disorientation has residual effects, an effective way of undermining Nightwing in situations he’d normally sail through. The problem at hand is police detective Dexter Soames, aware that his failures have burned his bridges, and Dixon picks a venue for the confrontation that raises the danger levels by limiting Nightwing further.

In either incarnation, the previous volume included too much written to the same formula, but here Dixon opens with three stories each with a different flavour, and that’s a pattern he continues. It’s a remarkable transformation, and makes Rough Justice a far more thrilling read with novel traps – you’ll remember the pigs – and greater pace. As before, subplots and foreshadowing are almost an afterthought, but that’s no great problem. There’s someone important to the first couple of chapters who we drop in on subsequently, and an overzealous neighbourhood protector, but if the focus switches from Nightwing or Dick, it’s only ever likely to alight on Blockbuster and his machinations. All the way through Dixon’s also reinforcing what a corrupt place Blüdhaven is, and why there’s no running to the city’s equivalent of Commissioner Gordon.

With the plots greatly improved that leaves McDaniel’s art, and while it features a lot of work, it’s frequently misplaced, focussing on the wrong things. It’s often difficult to follow the story for the frills, and the sample pages show the good and the bad of McDaniel. Both pages supply fully rendered backgrounds, and the left page features adventurous layouts but lacks clarity, while there’s an imposing use of shadow on the right page, but the perspective is wonky. It’s better to have an artist making an effort than a lazy one, but in time McDaniel would learn how to focus the eye on a page. Not on Nightwing, though.

A good final chapter has Dixon and McDaniel showing Dick finally able to equip himself to become efficient in Blüdhaven. This is an improved selection of stories, and makes the next volume something to look forward to. However, here’s where Nightwing’s graphic novel continuity becomes complex. In 2000 DC followed Rough Justice with Love and Bullets. The 21st century reissues apply that title to the fourth revised collection, and instead provide False Starts as the next volume.