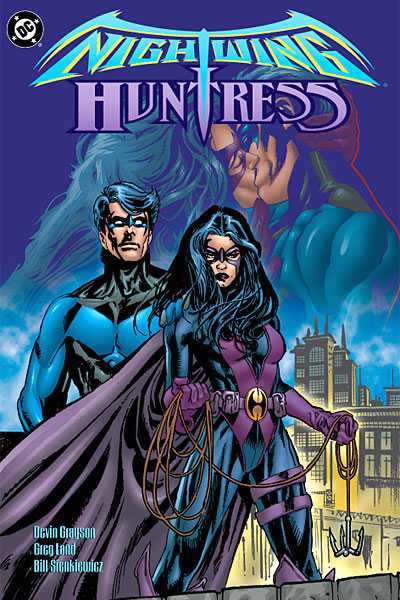 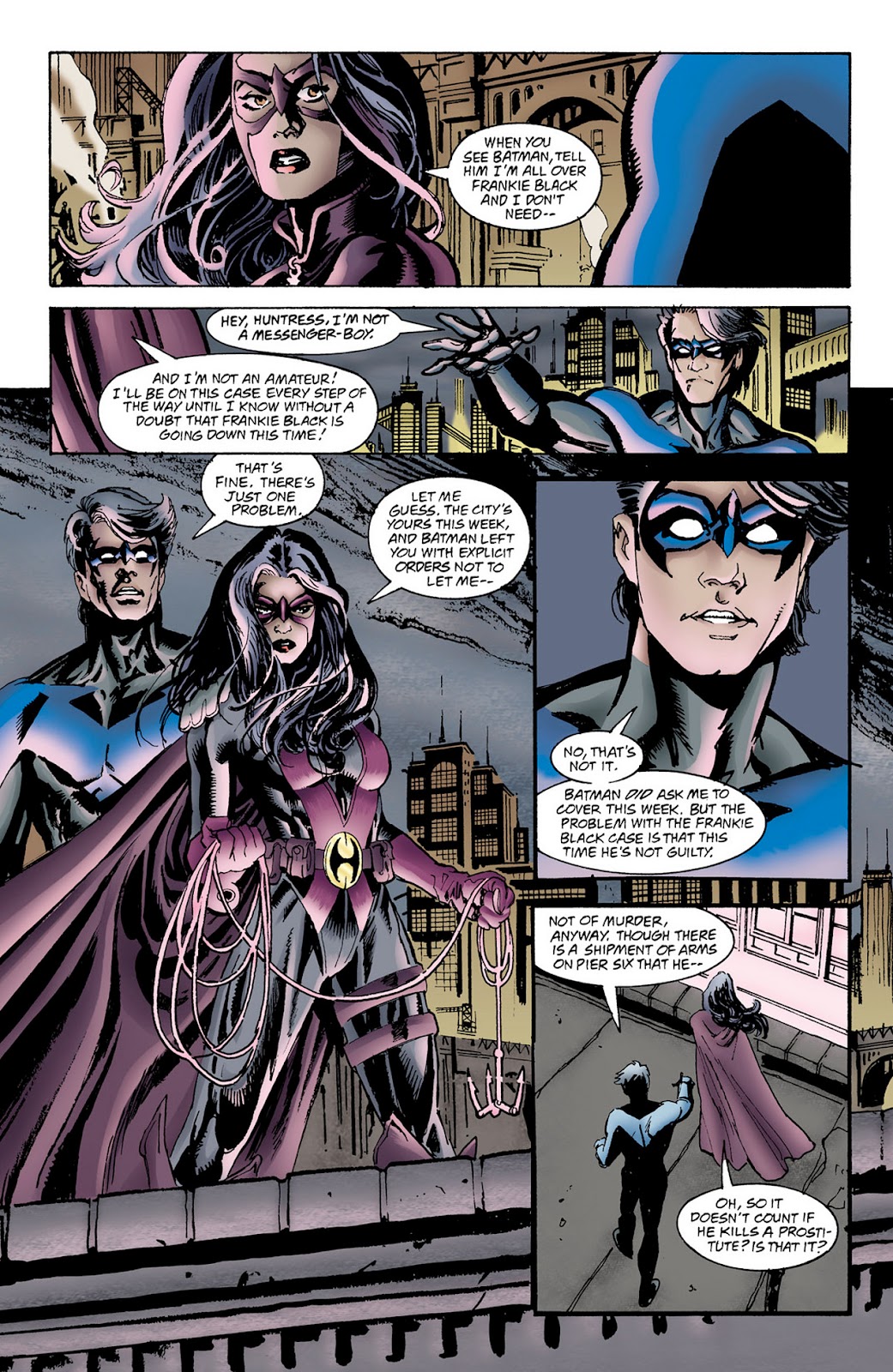 Devin Grayson’s unconventional team-up begins with a clever hook. Gangster Frankie Black has made a big show of renting a hotel room in order to create an alibi for himself while he’s elsewhere. That goes seriously wrong, though, when a prostitute is discovered murdered in the hotel room Frankie never visited beyond the booking. It’s a neat trap. He can’t reveal what he was really doing, and the conflict set up between the title characters is Nightwing knowing the truth while Huntress is happy to see Frankie hang as he’s definitely killed others. By the end of the opening chapter a further deep complication has been introduced.

Greg Land’s art early in his career really surprises. A couple of exploitative poses give him away, but it’s considerably removed from the style objectifying women that later made his name. Instead there’s solid storytelling, and the pencilling given an appealing grit by Bill Sienkiewicz inking. Better still, as Nightwing/Huntress continues, we see more of Sienkiewicz as he seems to be pencilling most of the third chapter from layouts.

Conflict between Huntress and Nightwing is viable in setting up tension, as is Huntress’ attitude concerning Batman’s thoughts about her, and her seeing Nightwing as representing him, but why Grayson then has Huntress throw herself at Nightwing is mystifying. If an attempt at setting up a sexual tension it’s barely credible, and the end results could have been achieved more naturally. No real attempt is made to keep what happened at the hotel from the readers, because Grayson’s setting up her suspense differently, and that works up to something completely unexpected no matter how much gangster’s honour has been emphasised.

Some unconvincing character notes prevent this being all it might be, but it’s still a neat crime story with surprises and one great shock, so still worth passing the time with. The entire story was later incorporated into the Nightwing collection False Starts. 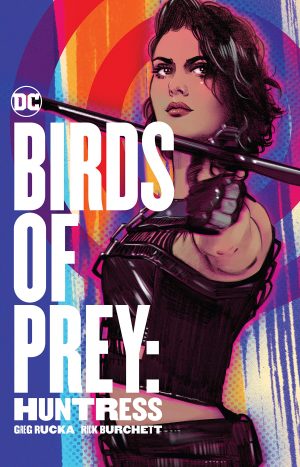 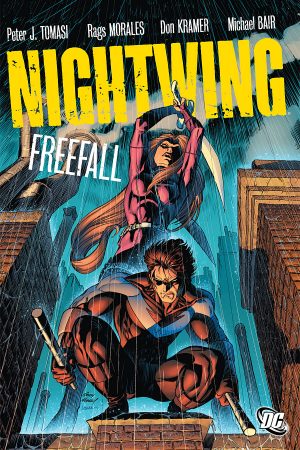