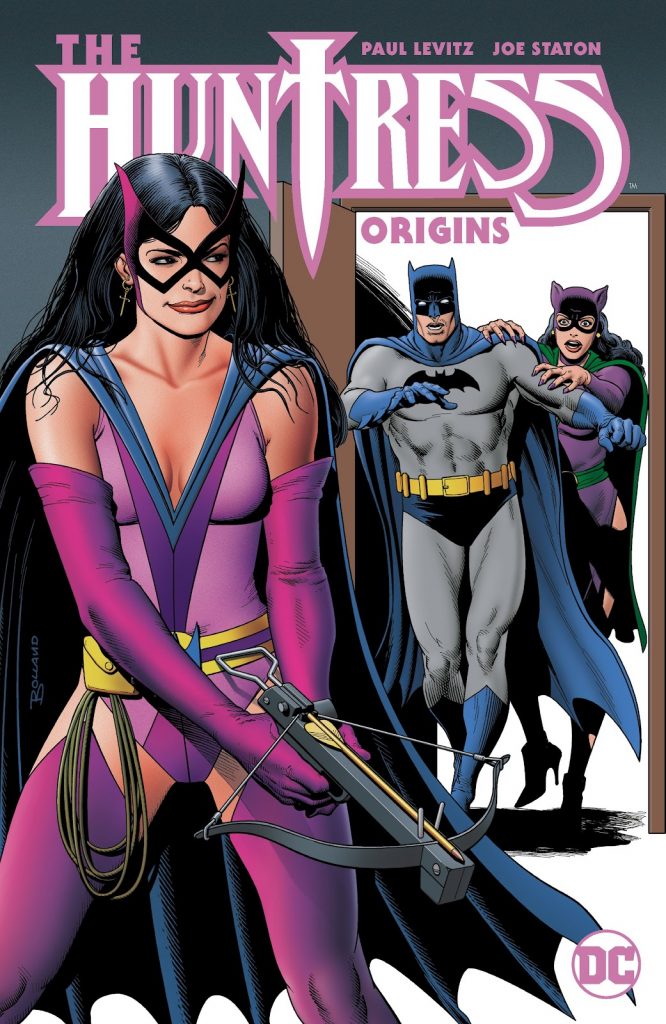 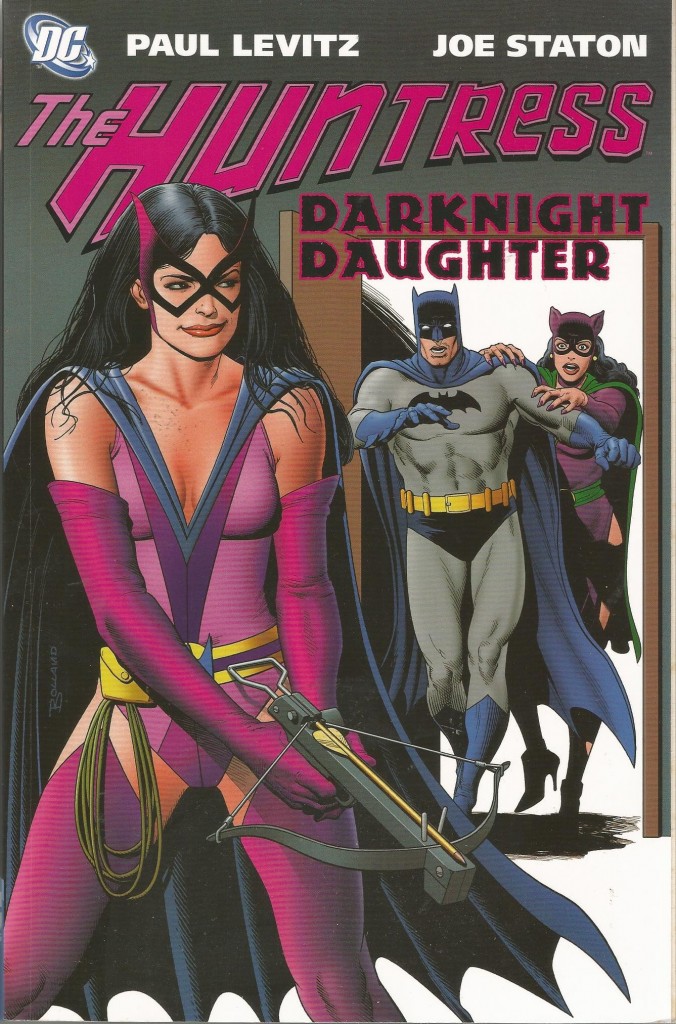 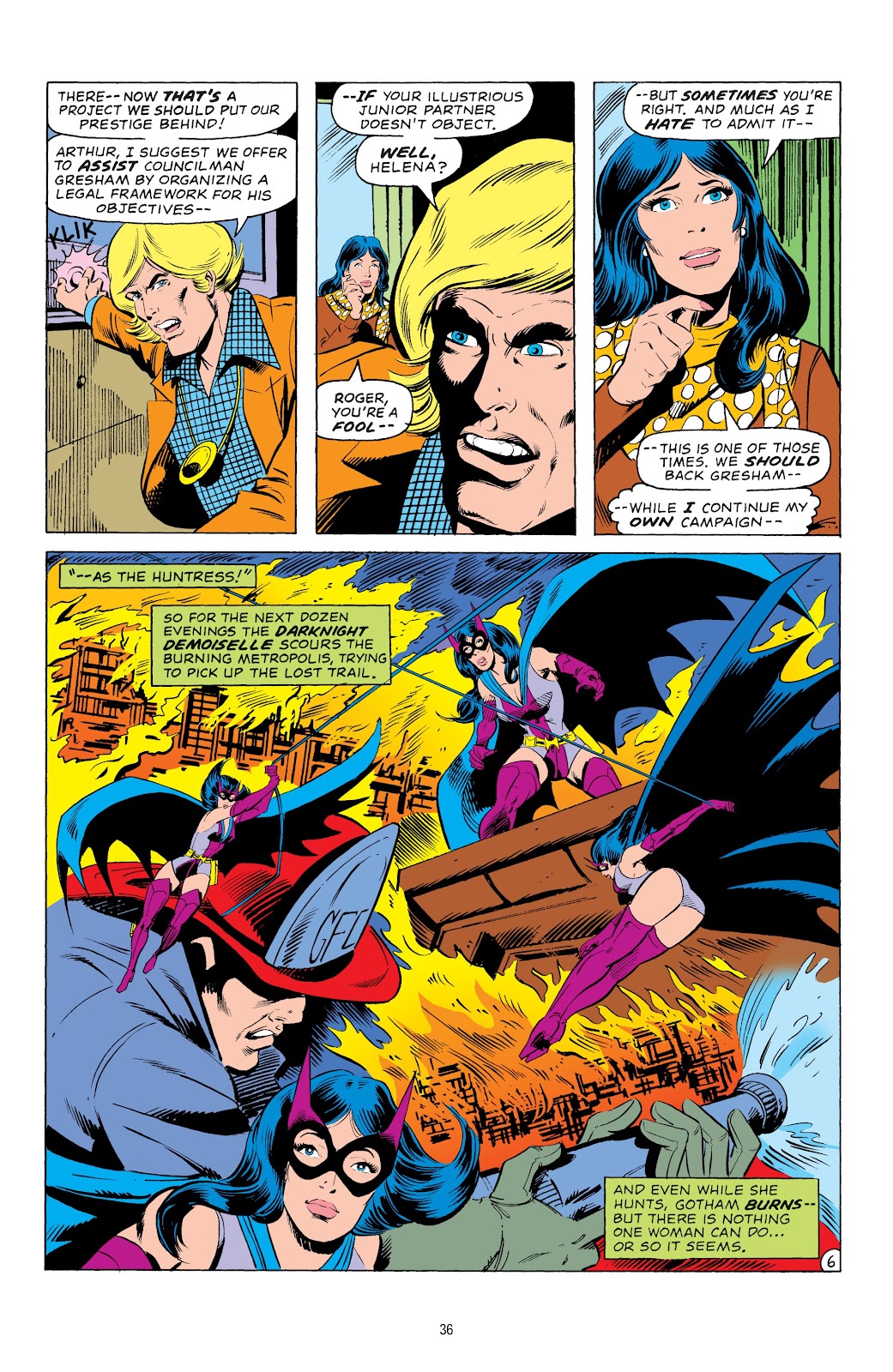 In the 1970s, DC was busily trying to expand its narrative universe by having some series take place on ‘Earth-Two’, a parallel world where the Justice Society of America, not the Justice League, was the premier superhero team, and events unfolded to give the reader an intriguingly different view of history. Earth-Two as a concept had been around since its introduction in the famous ‘Flash of Two Worlds’ story in 1961, but it wasn’t until the 1970s that DC produced continuing series set on that alternate Earth.

The most notable revived the 1940s Justice Society of America, and from that came a breakout character, the Huntress, a.k.a. Helena Wayne, daughter of a deceased Batman and Catwoman. Huntress was a pioneer in the field of legacy heroes, taking over the role, and sometimes the title, of earlier generations. In mainstream DC continuity at this time, although sidekicks such as Robin, Speedy and Kid Flash existed, there was never any question of them eventually replacing their mentors to become Batman, Green Arrow or the Flash – not while their adult mentors were still raking in the dollars for DC! But with the Huntress and her JSA teammate Power Girl (the Earth-Two Supergirl), DC lucked into two such legacy heroes who proved so popular that for several years, their Earth-One avatars, Batgirl and Supergirl, were virtual afterthoughts, in danger of being eclipsed by their own made-over doppelgangers!

Here, writer Paul Levitz and illustrator Joe Staton established Helena/Huntress as a credible lead. Her day job as an attorney in a Public Interest research group gave her a springboard for the more down-to-Earth adventure and crime stories, but her tales were also enlivened by people from her parents’ pasts – her father’s old nemesis the Joker, her mother’s former minion Lionmane, or a grown-up Dick Grayson, still Robin in his thirties – popping up to keep the plot moving. The stories collected here include Helena’s origin and her back-up strips. While none are outstanding – the highlight being a team-up with her old JSA buddy Power Girl – all are solidly entertaining, and artist Staton, who was still making an effort at this point, carries the action forward with brisk momentum and clarity.  The book wisely chooses to end the collection with the last Levitz/Staton chapter. The strip was subsequently taken over by lesser hands, the ‘leftovers’ best forgotten.

In his introduction, Levitz, although clear about his affection for the character, is slightly apologetic about these strips, citing his relative lack of experience. In truth, he has nothing to apologize for. These are decent, well-paced thrillers with a sympathetic lead and a quirky but appropriate art style.

Origins was originally issued in 2006 as Huntress: Darknight Daughter, even down to the same introduction and Brian Bolland cover, so you can save money by picking up a used copy of that.