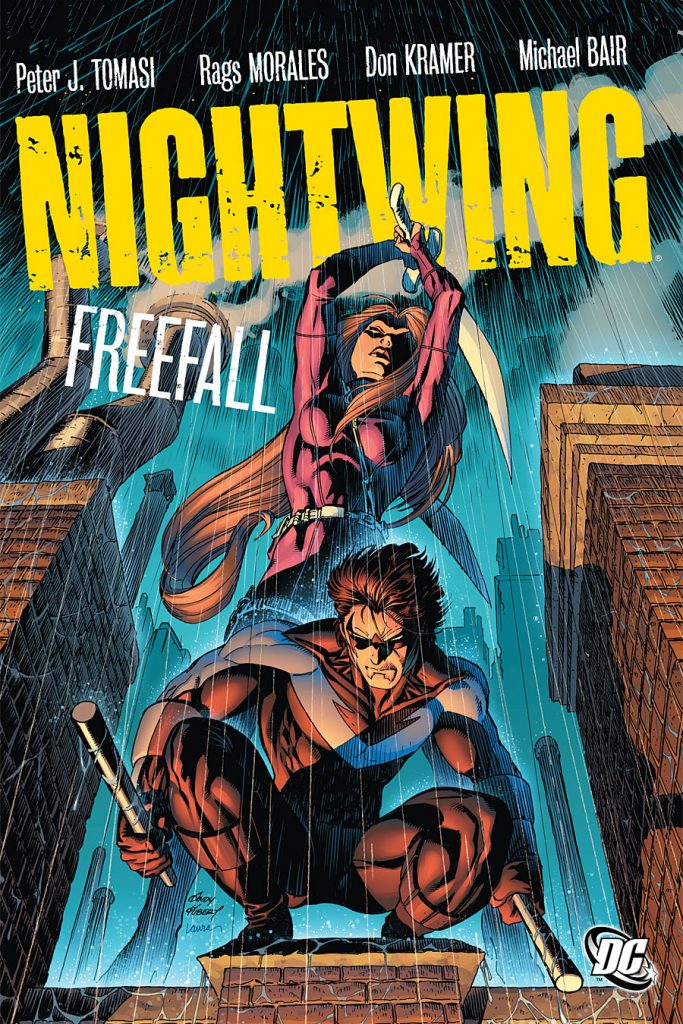 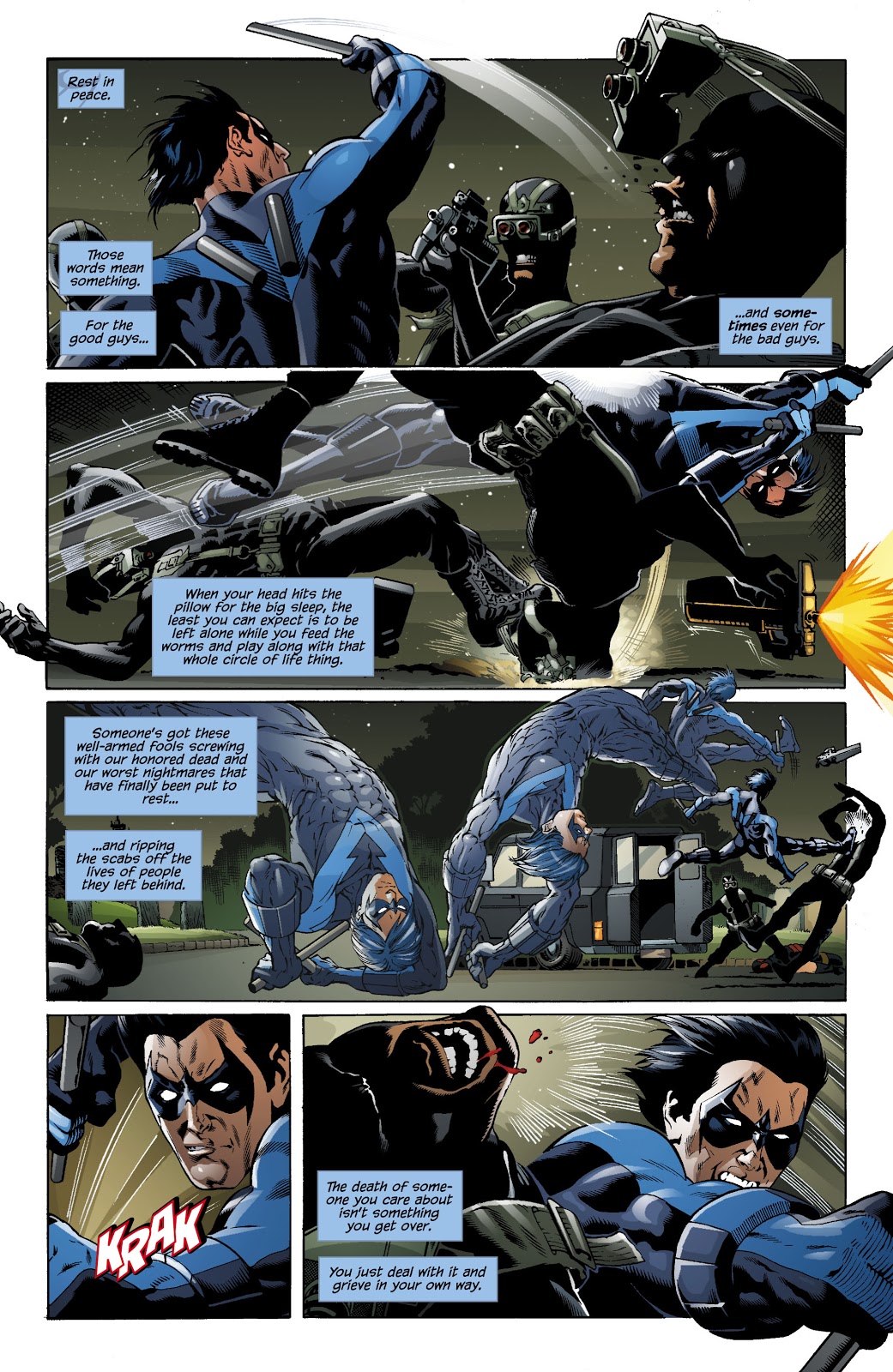 At the time Freefall was a new start for Dick Grayson and Nightwing. The Lost Year filled in what he did between quitting as Batman’s partner and turning up with the Teen Titans years previously, and beyond the basics Peter J. Tomasi had a blank slate.

He doesn’t rebuild Nightwing from the ground up, but Freefall is very much an exercise in removing him from the darkness of Bludhaven and re-establishing him as a pillar of the DC superhero community, a feeling absent from earlier Nightwing graphic novels. In those he was largely isolated, but plenty of other superheroes appear here, some in nice cameo roles (Superman is good in passing) and others even more briefly. Tomasi installs Dick as manager of a historical cloisters museum in New York, owned by the Wayne family for centuries. It’s one of several places across the East Coast where graves are being robbed, most prominently those of dead superheroes, which coincides with the appearance of zombie flying beasts with some of their costumes.

When Rags Morales is on the art you’re assured of professional, dynamic pages, well laid out and with visual appeal. Much the same applies to Don Kramer, who also contributes from halfway through, so Freefall looks very good.

Both stories presented deal with forms of life differing from the standard, although Tomasi builds slowly to the menace, embedding Dick in his new Washington Heights environment, and noting the passing of time (roughly three months). It’s emphasised just how convenient the Wayne fortune can be, and Dick won’t be slumming in his new life. From the opening page Dick’s enjoying his new hobby of skydiving, which leads in to Tomasi instituting a new form of transportation for him across the city, a form of glider, and the technology he has access to as Batman’s former partner is a constant part of this new world. It’s an attempt to take Nightwing and create something different from him, but it’s not entirely successful. Not all of his Bludhaven exploits were classics, but they developed a unique tone for Dick, and here he’s just another superhero. A further problem is the introduction of Deborah, a sort of girlfriend, but whose only eventual purpose is to be used as possible leverage point by villains.

The Great Leap follows, and it lives up to the title.