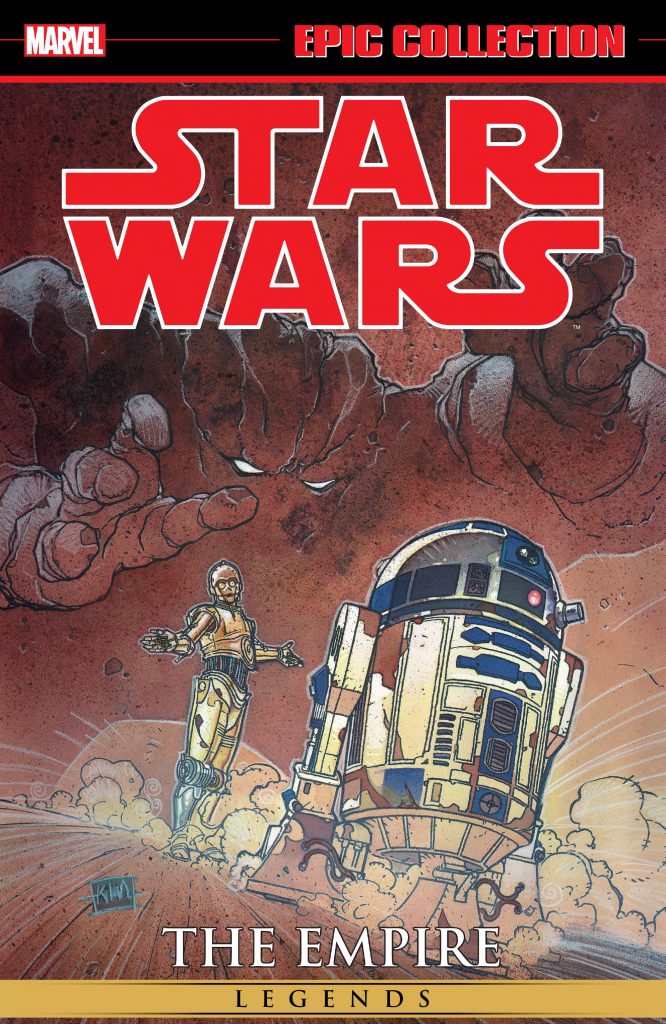 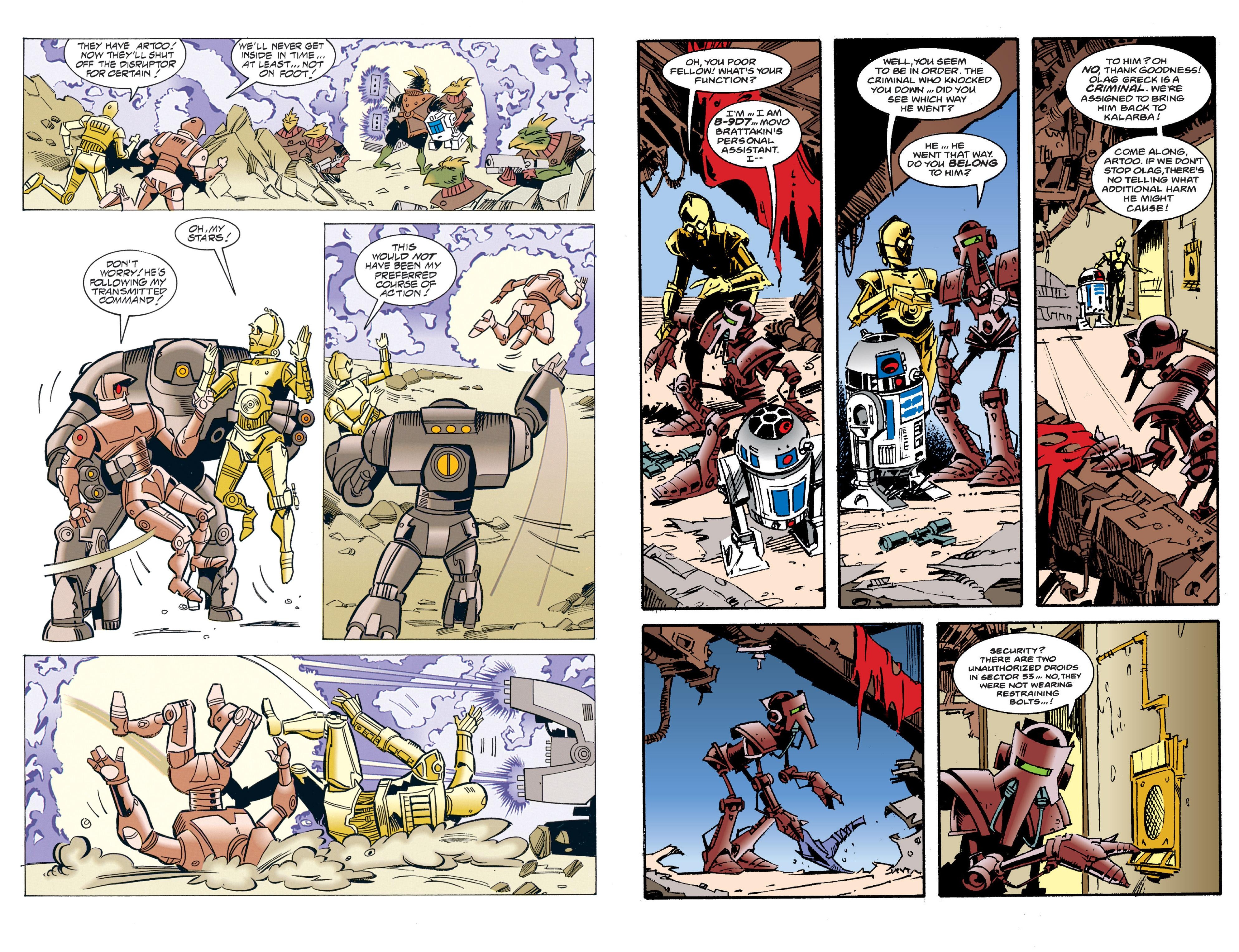 This collection rounds up the pre-rebellion droid stories of the Empire era. All but the final two, 32 pages of 480, were previously available as Star Wars Omnibus: Droids if you’d prefer to save money via a used copy.

Opinions differ about C-3PO and his fussy and cautious nature, and he frequently features in online lists of the less iconic Star Wars characters. The conundrum is that the far more likeable R2D2 doesn’t work nearly as well without him, C-3PO being needed to translate the electronic beeps of R2’s communication. In the original films the buddy relationship is fine in small doses, but thrusting the pair into a never intended spotlight reveals the shortcomings of C-3PO. He has to carry much of the three longer stories here, and his personality’s just not suited to it.

Dan Thorsland’s original solution over the course of ‘The Kalarba Adventures’ is to aim the plot squarely at a younger audience, creating an incompetent “Why I oughtta…” villain and landing the droids with a family, enabling sitcom moments. It’s only when Thorsland moves away from that over the final chapters that the content improves. Bill Hughes (sample art left) pitches his art at a level matching the plot, but varies his style for a short Ryder Windham piece and reveals a far better artist, seen on the later ‘Season of Revolt’ in which his designs and layouts carry another predictable story. This is the work of Jan Strnad who mixes C-3PO and R2D2 with a well meaning Ithorian guarding a secret, a ruthless dictator and a substance that only needs a single small dose to transform humans into a state of perpetual bliss. There are funny moments, but not enough.

‘The Protocol Offensive’ wasn’t available with the earlier collections. It’s co-scripted by Windham with Anthony Daniels, who played C-3PO in the movies from Brian Daley’s plot, and plays to the droids’ strength by featuring them using translation and protocol skills in very delicate negotiations. The words overflow, but it makes its points, entertains and has the benefit of some fantastic Igor Kordey art. Kordey draws on Gerry Anderson models as inspiration for spacecraft, and uses a similar bright colour scheme to that applied to comics based on Anderson’s work in the 1960s. It’s distinctive and appealing. Anyone who enjoys figuring out mysteries will be drawn to one character as the guilty party, and so they are, but this is step up from the remainder of the content.

The two strips not included in the Droids Omnibus weren’t there as they’re Empire era, but don’t feature droids. Gilbert Austin uses photo stills for a tale of Han Solo just after winning the Millennium Falcon, and Rick Geary shows a young Luke Skywalker meeting Ben Kenobi for the first time. Both are clever, but Geary’s is the better for being a good detective piece and for the drawing. Austin’s photo manipulation works, but lacks the emotional resonance of good drawing, although his plot is funny.

Little of the content is essential, although if you’re a completist three strips aren’t otherwise available in book form. The choice is yours.