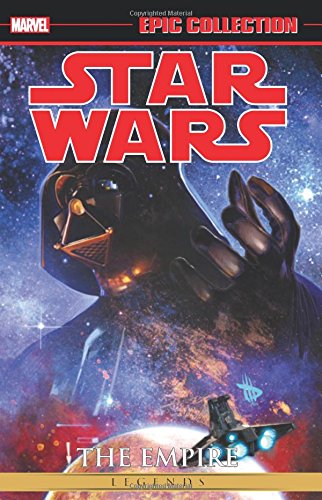 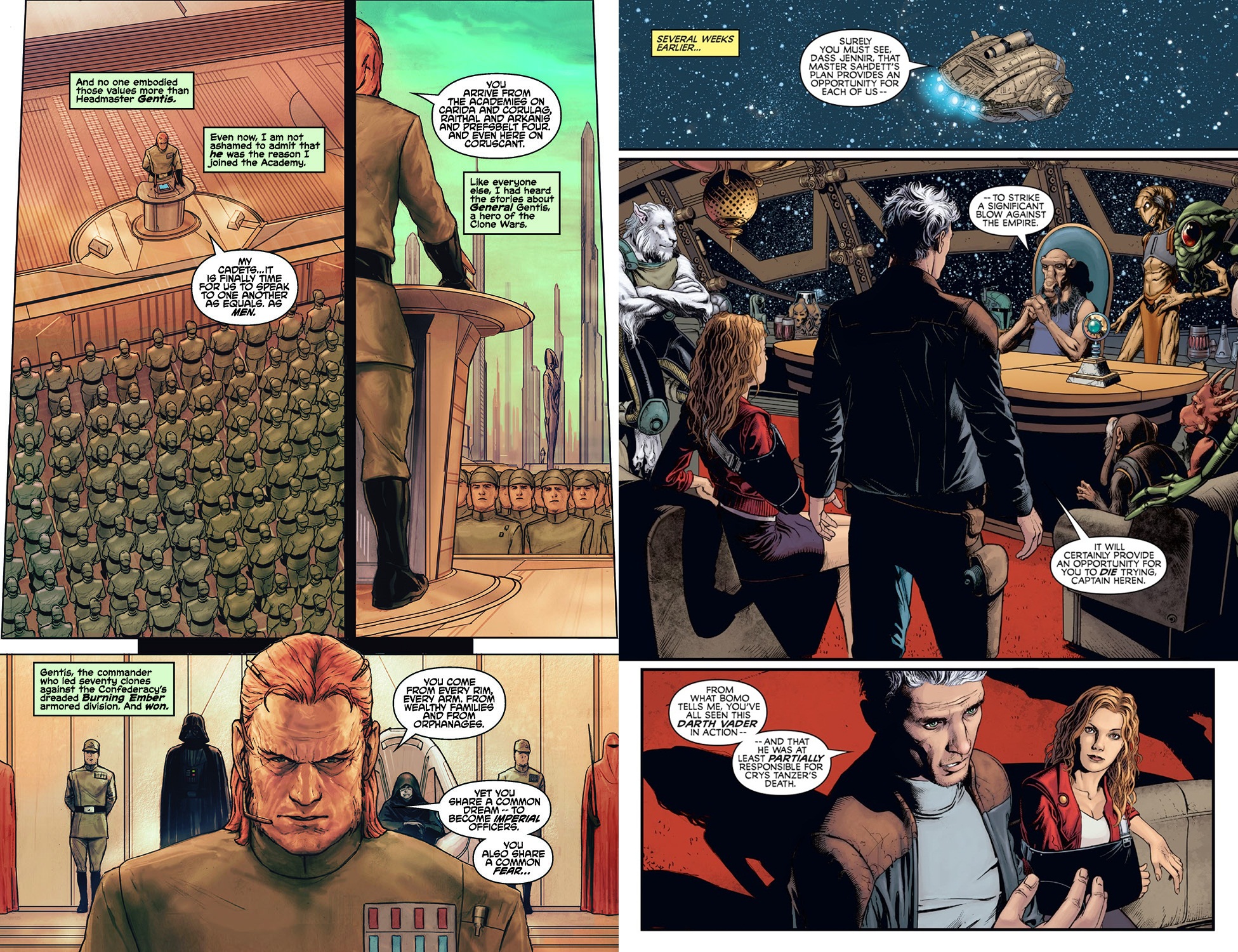 In terms of both approach and quality this third Empire collection of Star Wars Legends veers considerably. Everything is of a minimum standard, so no worries on that score, but even accounting for different artists the variation between what were originally the two final volumes of the Dark Times series is inexplicable. The two Darth Vader stories are a closer match.

The collection opens with Darth Vader and the Ghost Prison, the best of Dark Horse’s Vader solo pieces, despite his barely featuring over the opening chapter. The focus is on a revolution against the Empire, with the star graduate of the Stormtrooper class taking centre stage. Haden Blackman keeps us guessing until the end, which features a great Vader moment, and Agustin Alessio’s art (sample left) supplies the architecture of Coruscant to a grand scale, and a visually distinguishable cast.

Those Dark Times stories provide the centrepiece, Fire Carrier and A Spark Remains like chalk and cheese. The first is ordinary, the second up there with the best Star Wars stories found in comics, with the strange thing being that Randy Stradley writes both and while Douglas Wheatley is the standout artist (sample art right), Gabriel Guzman’s layouts are fine. The problem is the central character, Jedi Master K’Kruhk and the plot all-but mislaid of his attempts to keep his group of padawans safe. He’s designed as an imposing looking figure, but his trials during ‘Fire Carrier’ never capture the imagination, and with Darth Vader largely occupied by the events of Ghost Prison, he doesn’t achieve much either. His best sequences are those preparing a new agent.

Wheatley’s back on the art as Stradley pulls all his Dark Times plots together for the final story, and ups his game considerably. His work has provided memorable action stories, but while to call them predictable would be unfair, neither have they provided many surprises. Here Stradley blindsides us a couple of times in wrapping up his stories of compromised Jedi Dass Jennir, and the crew of the Uhumele, with Darth Vader, front and centre stage for once. As everyone but Vader has been created by Stradley there’s a tension as to how events will play out. Stradley phased Jennir in from Star Wars: Republic, so will he live to see the coming rebellion?

Darth Vader and the Ninth Assassin also features quality art, Stephen Thompson drawing all but the middle chapter, leaving that to Ivan Fernandez. Later TV comedy writer Tim Siedell makes good use of Star Wars mythology and presents an impressively imperious Vader, being targeted by a superior assassin after eight predecessors have failed. His plan is lure Vader into his clutches via rumours of an ancient cult who controlled a dark magic, enabling both artists to shine via the verdant jungle foliage. It’s interesting to see Vader as genuinely intrigued by the thought of a new discovery, although his predominantly domineering personality is given several good moments. The ending works well also.

Three out of four multi chapter stories being above average, one of them significantly so, makes this a collection worth having. There’s more solo Vader in volume four. 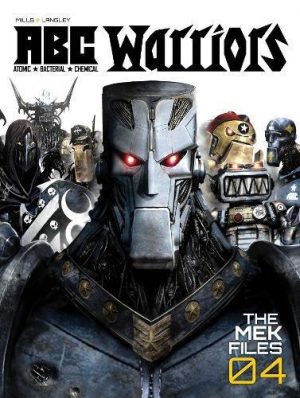