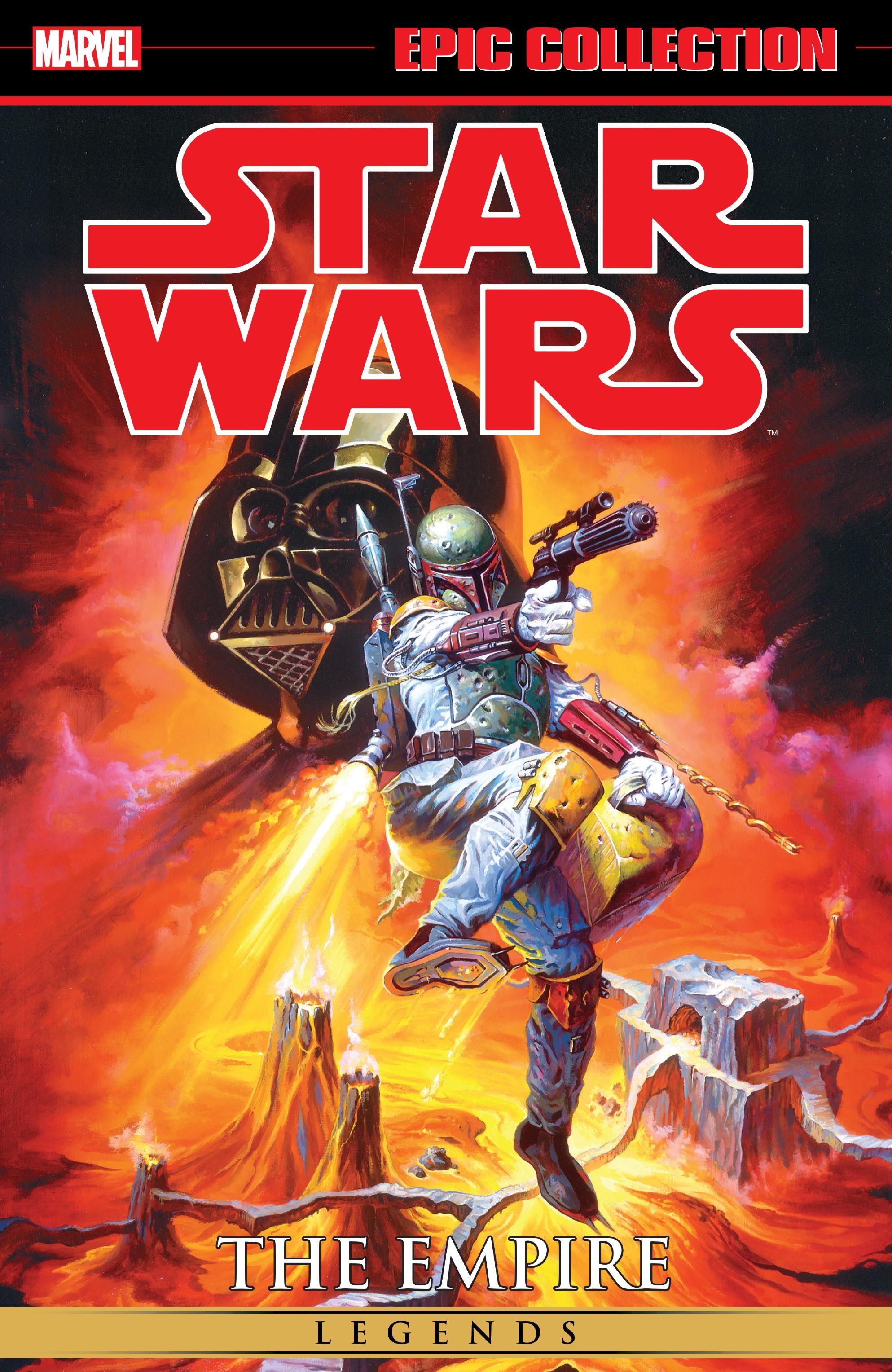 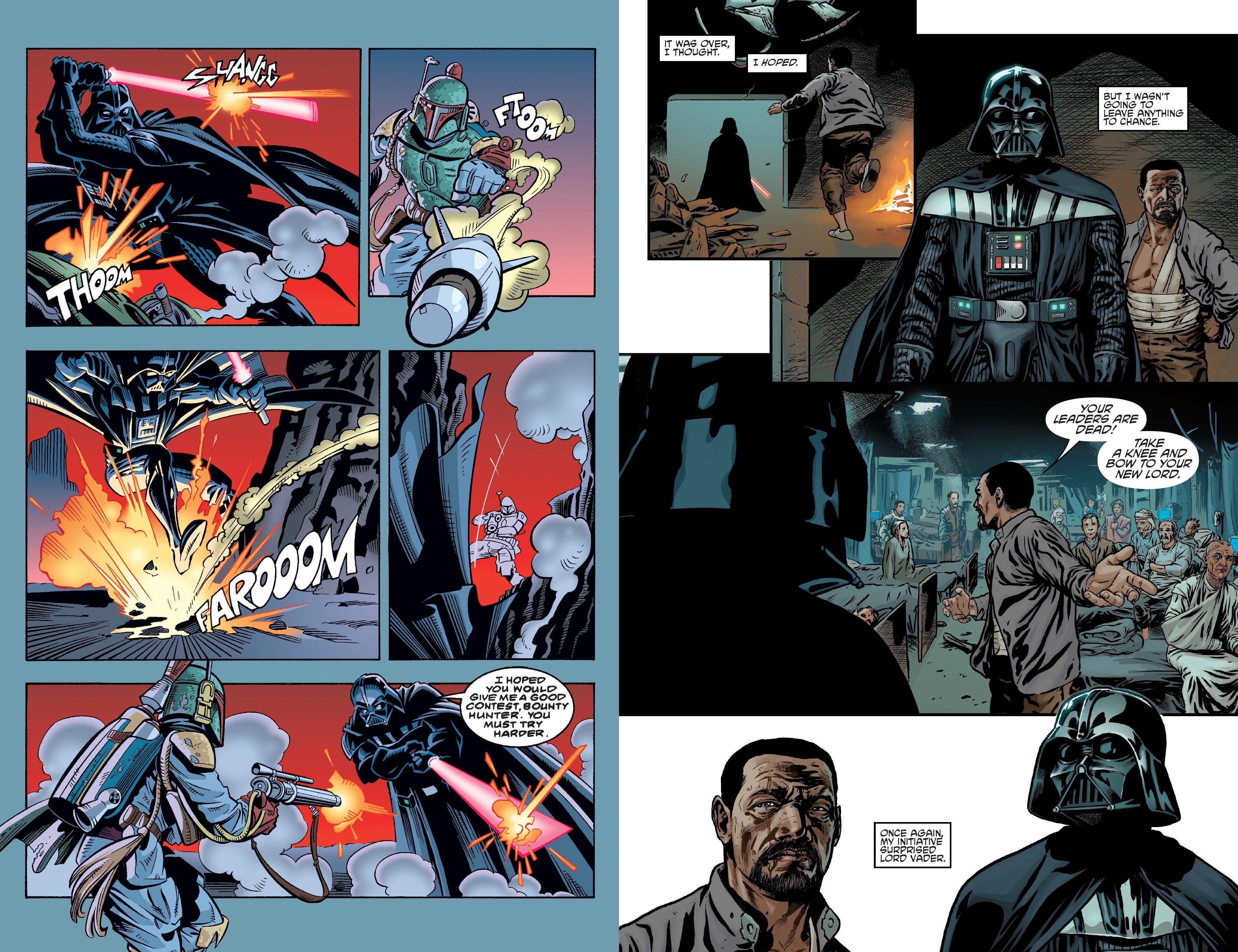 At almost five hundred pages, this fourth collection of Empire era Star Wars stories packs a lot in, but the primary characters from the era are mainly off-panel plotting their rebellion, so Darth Vader apart, the stars of the longer stories are largely the second tier cast. Lando Calrissian, Boba Fett and Jabba the Hutt among those spotlighted. When we do see Han, Leia and Luke it’s either in passing or in short tales. As the Epic Collections are a more or less chronological arrangement we’re dropping in on younger versions of the characters, so several feature the adventures of young Luke on Tatooine.

What was originally published as Darth Vader and the Cry of Shadows opens the collection. By Tim Siedell and Gabriel Guzman (sample art left) it’s the weakest of the Vader stories originally published by Dark Horse, largely concentrating on abandoned clone trooper Hock Malsuum’s search for individuality, and actually dull in places. More Vader would have improved it.

Surprises feature among the shorter stories, such as Gilbert Hernandez on Lando, Kia Asamiya having Boba Fett take on Vader, and Garth Ennis and Amanda Conner introducing the Millennium Falcon. Hernandez produces the best of what might be considered guest slots, drawing a great goofy monster, but none really stick out. That’s not the case for some of the art, with Asamiya excellent, Mike Deodato producing a superbly drawn Boba Fett piece and Henry Flint puts a lot of effort into his Fett story on a neat Andy Diggle script.

Jim Woodring’s Jabba the Hutt stories are nicely plotted comedy adventures, somehow more in tone with the humour of 2000AD than Star Wars. He makes good use of the wily old villain’s ability to extricate himself from almost any awkward situation, and of Jabba’s second in command Bib Fortuna. Art Wetherell’s artistic interpretation, though, is very old fashioned, and he’s prone to underselling pivotal moments.

The final quarter of the book is almost exclusively turned over to Boba Fett, with three shorts preceding what was originally collected as Enemy of the Empire, and another pair of shorter pieces following. The four chapters by John Wagner and Ian Gibson are the collection’s second meeting between Fett and Darth Vader, and provide a good tracking mission, but with the creators taking a light comedy approach, which may not go down well with all readers. It also takes a wild diversion, switching the focus to Vader for the final chapter.

There couldn’t be a greater contrast between the two final short pieces, James Kochalka’s childlike whimsy leading to the detailed reality of Lucas Marangon’s art for ‘The Value of Proper Intelligence to Any Military Campaign is Not to Be Underestimated’. Ken Lizzi’s script is also funny, particularly in combination with the title.

Longer reviews of some of this content can be found by following the links, but overall, unless you’re determined to have all Star Wars stories in chronological order and a uniform format, this is a collection you can miss. 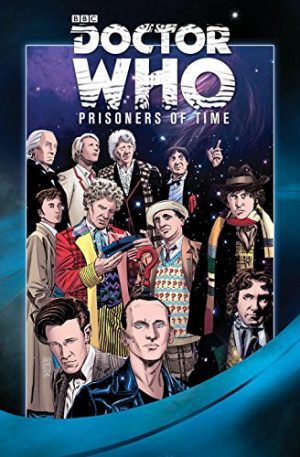 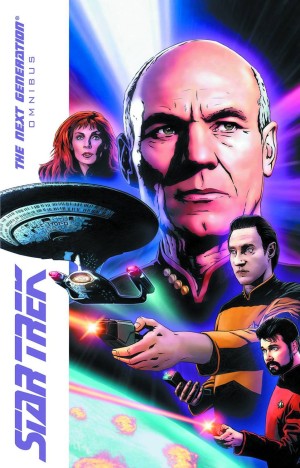 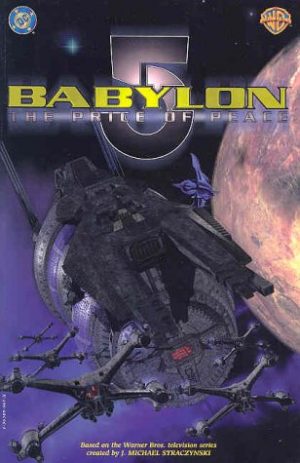 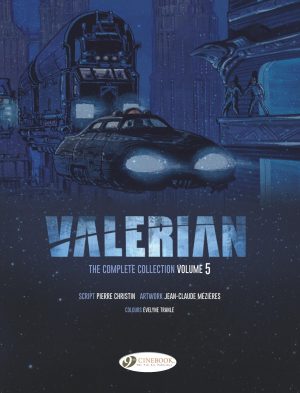