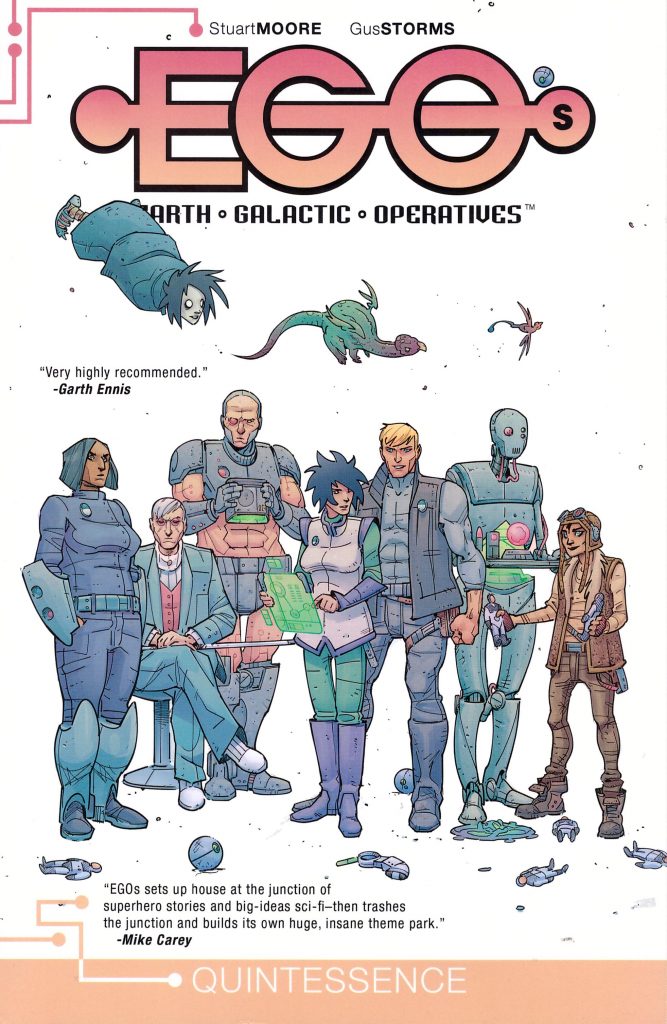 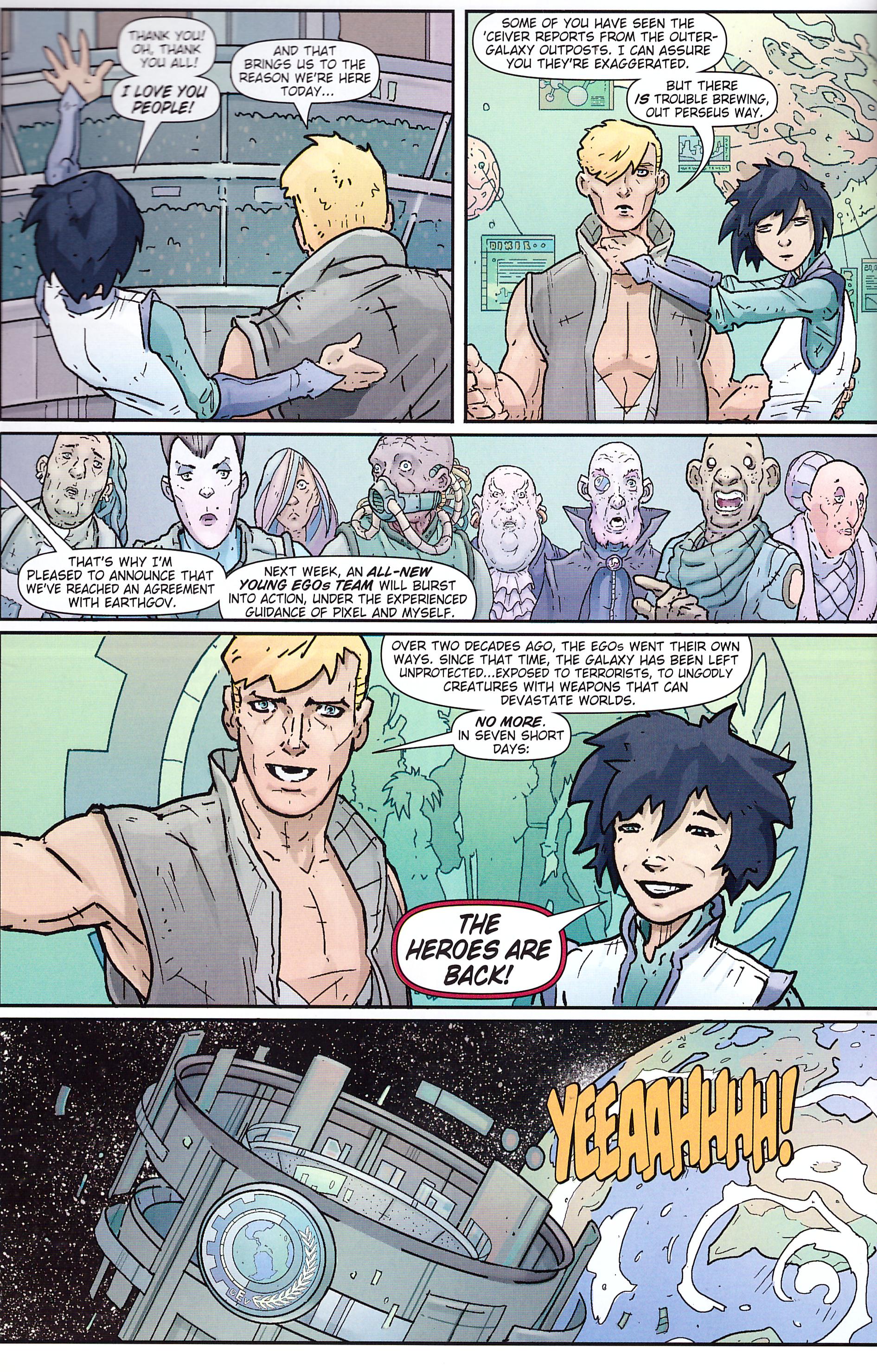 An excellent title logo is a random indicator of the quality within, but it deserves pointing out as part of some clever book packaging. There is no back cover paragraph synopsising the content, just further quotes from some impressively big names. If you’ve got Mike Carey, Garth Ennis, Joshua Hale Fialkov, Kelly Thompson and Brian K. Vaughan endorsing your graphic novel, and character illustrations of Gus Storms’ quality, that should be all the persuasion you need informing you that EGOs is worth your time.

So what’s the unusual title stand for? Well, within the story it’s Earth Galactic Operatives, in effect a team of superheroes operating in the future, although crucially, not the first of that name. The common factor between them is Deuce, one of several characters whose continual state of arrogant confidence accords another meaning to the title. Blessed with powers of persuasion, he was central to the first EGOs team, and when some of their deadly enemies return he puts together another.

Anyone who’s read superhero comics long enough will be able to tick off sources for some of what Stuart Moore filters into EGOs, but the impressive aspect is how he ties them together into a rich jumble of superheroic science fiction. Also impressive is Storms, a relative newcomer according to the back of the book extras, but one hell of an artist who’s developing as the story continues. He’s got a natural instinct for breaking down a story, and he needs to be clear as some of what Moore’s telling is via the visuals alone. Storms also colours his own work over the first three chapters, and has a subtle eye for detail.

In an age of decompressed storytelling, Moore takes the opposite path, instituting a rapid pace and assuming his readers are intelligent enough to figure training sessions have occurred without having to slow his story to show them (although later he does). He introduces wonderful characters that you want to know more about, and each has a novelty about them. Shara doesn’t just open dimensional rifts as a form of teleportation, she travels through alternate dimensions. Think shooting paintballs isn’t much of a super power? Well consider again after you see what Moore and Storms do with Pigmentia. The first chapter features some sardonic, judgemental narrative captions, and there’s a playful revelation as to their voice. You’ll like it.

Unusually, EGOs was prefaced on Twitter, with Moore composing a series of tweets back in the 140 character era detailing events that occur three weeks before the main story kicks off. Like so much of the remainder, it’s clever and enjoyable. Don’t skip it.

For all the recommendations, clever writing and great art, EGOs doesn’t appear to have been a great success, proving that even in the internet age sometimes word of mouth isn’t enough. There is only one further graphic novel, Crunched, but Quintessence is complete in itself, more than repays your time and even if you pay the full $9.99 list price it’s a bargain. However, second hand copies are available for less than the price of a single new comic, and you’d be fool to yourself not to take advantage. And Crunched is even better.