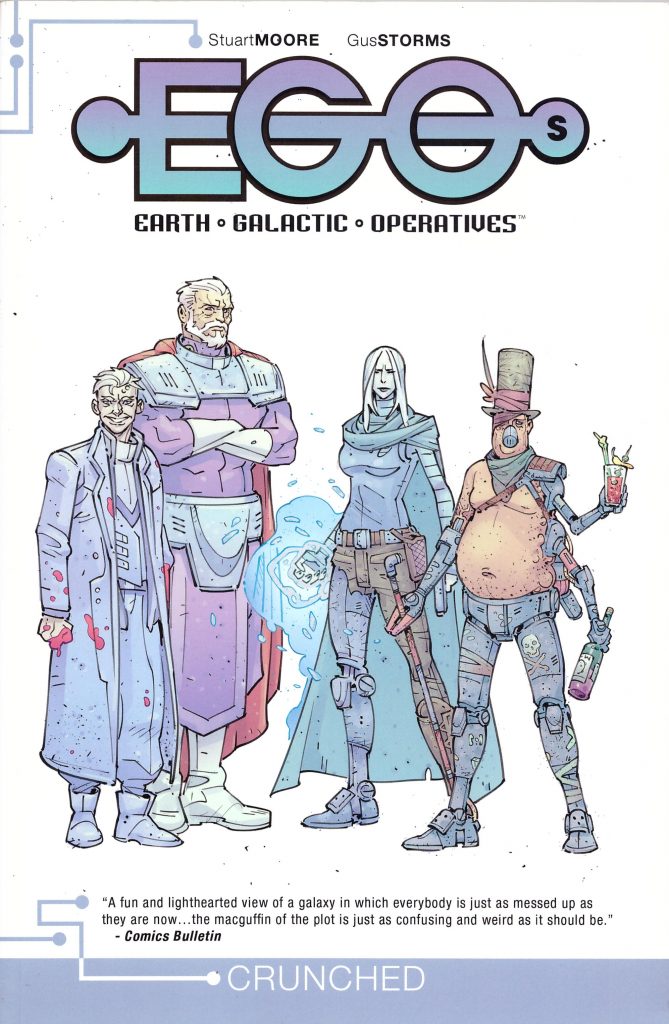 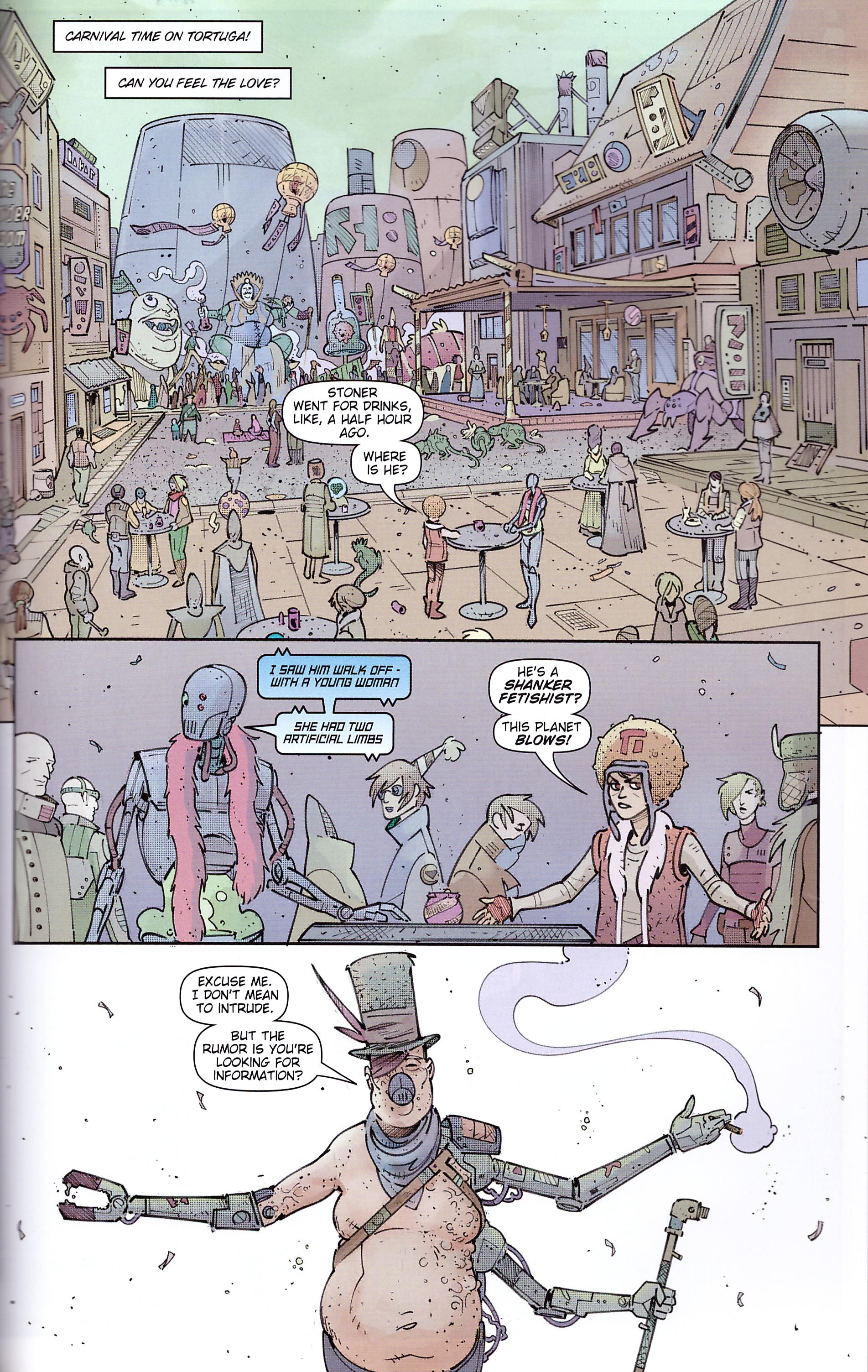 In the hugely enjoyable Quintessence, Stuart Moore and Gus Storms introduced new members to the remnants of a once renowned super team of decades past. Those new members are enthusiastic and keen to prove themselves, but don’t realise the dysfunctional dynamic between the existing members of EGOs (Earth Galactic Operatives), not least between Deuce who can persuade anyone of anything if he can stare at them closely, and his wife Pixel. In the opening chapter of Crunched both of them, along with us, have a couple of huge surprises.

That’s par for the course throughout the story, which is pretty well self-contained. You don’t need to have read Quintessance to enjoy every page of Crunched as Moore introduces the type of imaginative science based problems that society in the future might face. When money starts disappearing from an entirely digital interplanetary finance system, who can track it down? What happens to war veterans transformed for combat efficiency who need a very particular rare substance to survive for the rest of their natural lives?

Storms is a great artist who tells a story clearly and maintains a fine balance between some incredibly detailed panels and the illusion of such, as illustrated by the sample page. There’s an astounding amount going on in the top half of the page, but the complex eccentricity of the featured characters on the bottom of the page distract enough that a lack of background doesn’t matter. His style’s still progressing as the story continues, which is a joy to see, although there are some rushed pages in the final chapter.

Moore weaves complexities from lies and half truths in a very clever fashion, keeping the cast puzzled in two separate locations. Much of what occurs seems surreal and random until it’s all explained, and when it is all explained, very tidily indeed, everything makes perfect sense.

Quintessence was a fantastic read, and this is even better. There’s barely anything not to like. It succeeds on every level as intelligent science fiction adventure, and Storms’ art repays going back to study those small details. It’s hoped there’s more EGOs to come.