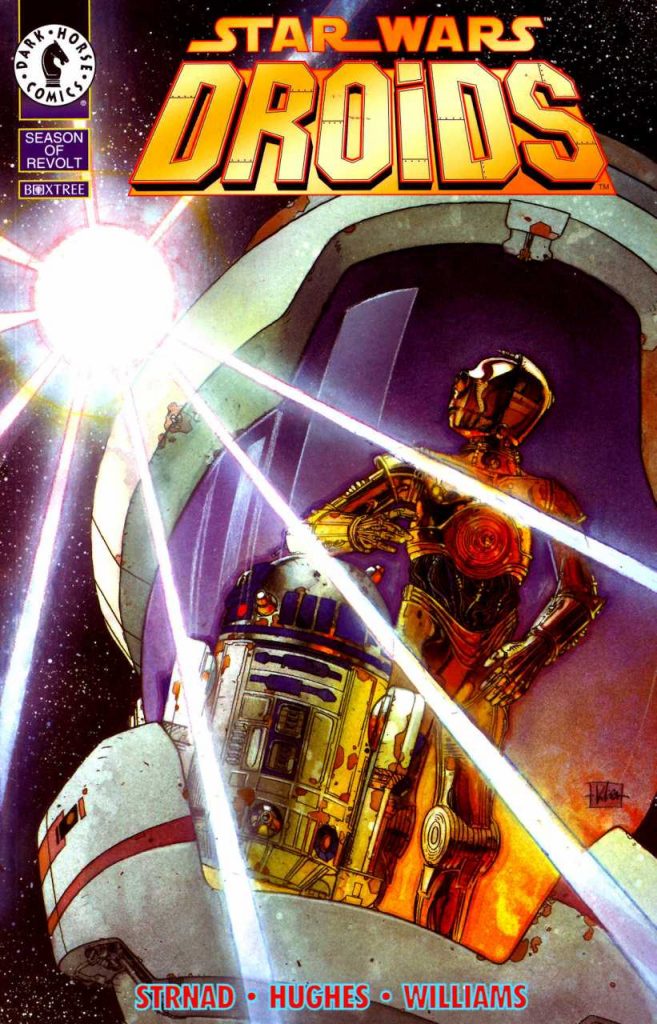 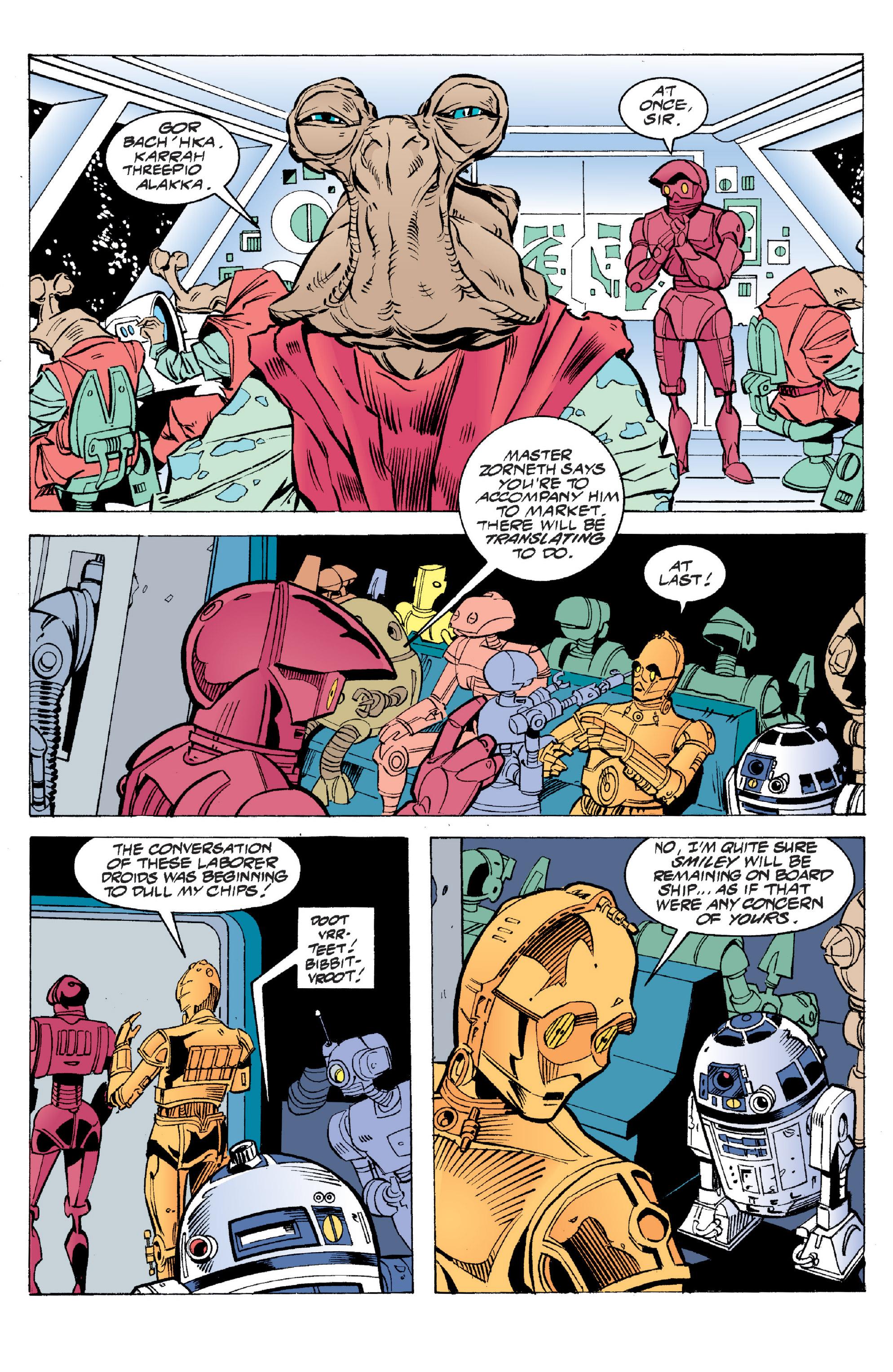 Time has moved on since the events of Rebellion, and C-3PO and R2D2 are now owned by the Ithorian, Zorneth, protector of a blissful eccentric named Smiley, forever out of his head as someone who’s sampled the botanic treat Savorium. There’s no recovery, but it induces an instant and lifelong state of euphoria. The original formula is long lost, but enough of the substance survives to service some users, and the holy grail for exploiters is rediscovering the formula. That’s the task the fearsome dictator Craw has set himself, but he has other problems as his brutal ways have finally sparked an uprising.

Bill Hughes’ art is livelier and more appealing than his work on The Kalarba Adventures, the layouts more expansive, and a better sense of character about the cast. He also comes up with good designs for Craw and his fellow bird-like aliens, and he’s always put the effort into the details on the Droids.

When it comes to the contrast between R2D2’s adventurous nature and C-3PO’s extreme natural caution Jan Strnad has the balance right, and his comedic excess when it comes to Craw’s dirty deeds and ruthless rule is funny, but Season of Revolt isn’t a story you’ll read twice. The slapstick nature and predictability of the plot over the first three chapters is ordinary, and the swerve taken for the final episode is connected, but awkward before everything pulls together at the end.

Alternatively, this is collected with the two previous Droids books in both the Droids Omnibus and Marvel Epic Collection: Star Wars Legends – The Empire Vol. 5. The latter fits in a couple of extra stories. 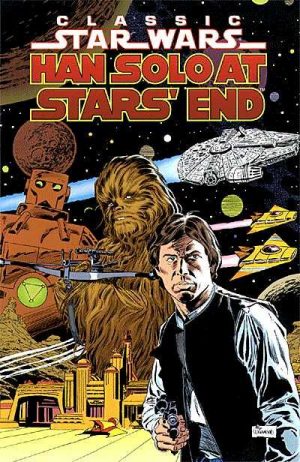