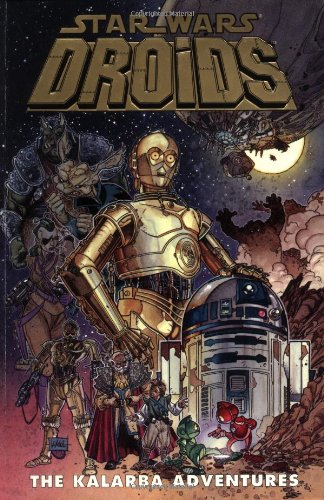 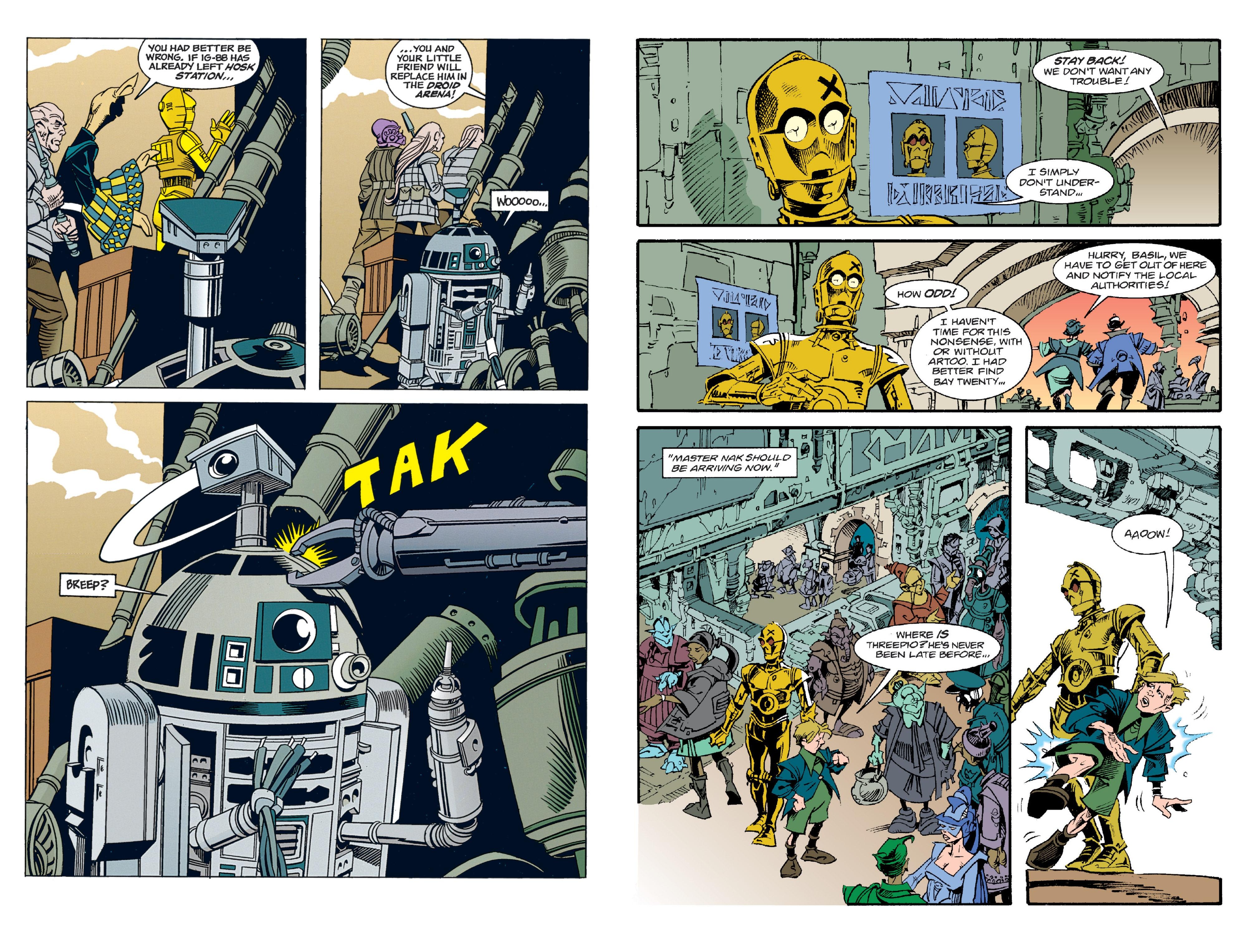 Before accompanying Luke Skywalker, the droids C-3PO and R2D2 were already paired together, and we join them on their way to the Kalarba system. Unfortunately, travelling along with them is a battle droid programmed to eliminate the trader Olag Greck. Greck’s rather a rogue, so there’s no shortage of people happy to see him dead. Among other past crimes he’s swindled Baron Pitareeze, whose design for a new hyperdrive engine could revolutionise space travel.

Dan Thorsland and Bill Hughes’ Droids strips are aimed at the younger end of the Star Wars fanbase, Hughes keeping the art plain and simple, while Thorsland provides the pratfalls and the ridiculous situations. As the droids spend most of their time with the Pitareeze family and Greck is usually behind any villainy, over eight individual stories The Kalarba Adventures comes across as a domestic sitcom in places, complete with sitcom style plots such as the case of mistaken identity.

The limitations of Hughes’ artistic approach are shown up by the far more imaginative looking episodes drawn by Ian Gibson, who has a real talent for designing strange robots and noodling great backgrounds. His nursery droids are so cute they could be something out of the Smurfs. This episode and the last are all the better for Thorsland dropping Greck as a villain and moving away from the family idea.

Even accepting these are aimed at younger readers, The Kalarba Adventures aren’t inspiring. They’re predictable and fail to capture the imagination, although if you’re charmed by the droids in the original films, you may rate these adventures higher. As an alternative, this is collected with the following Rebellion and Season of Revolt in both the Droids Omnibus and Marvel Epic Collection: Star Wars Legends – The Empire Vol. 5. 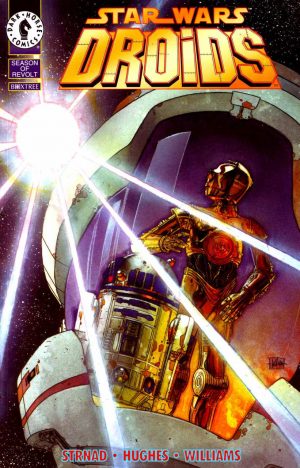